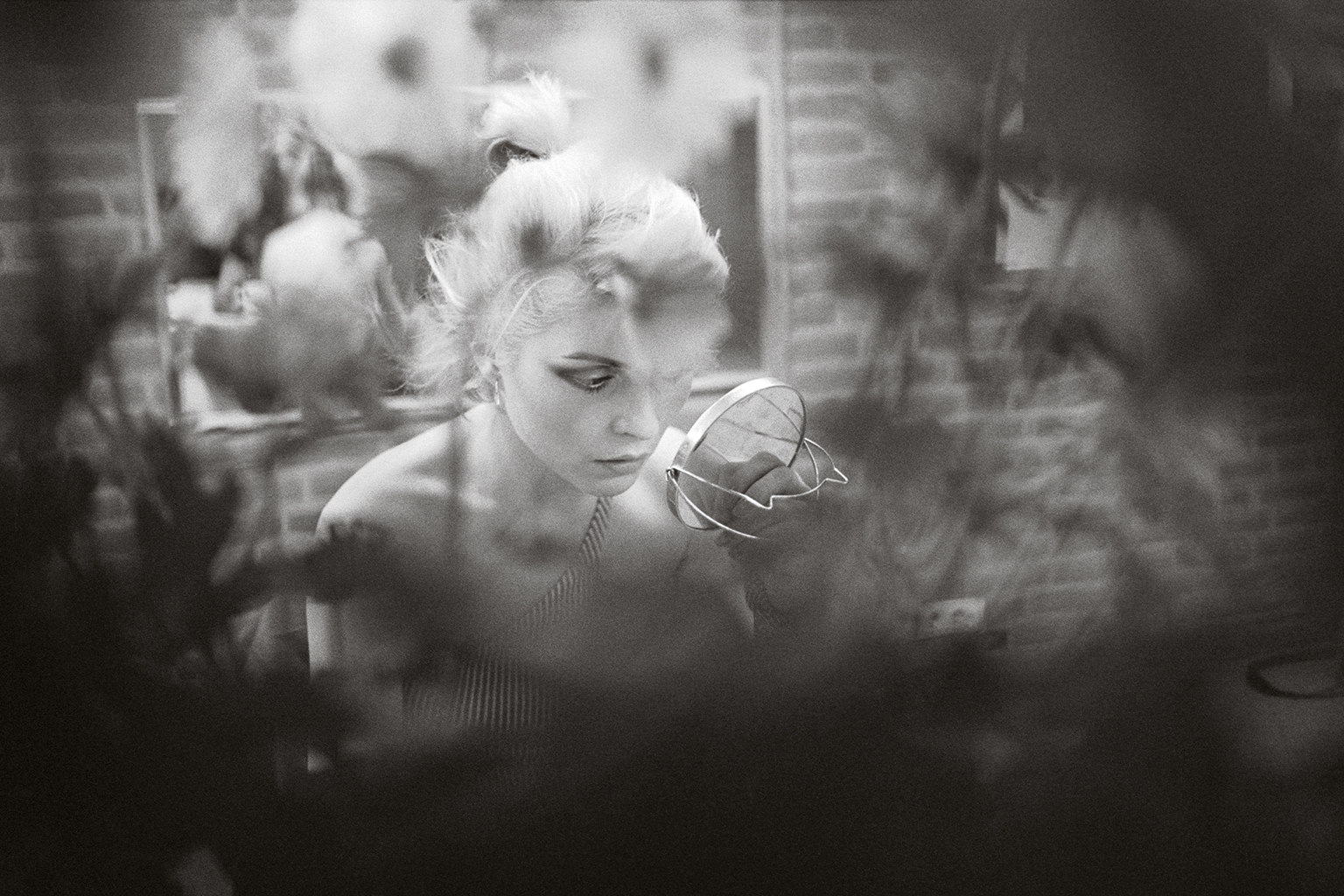 It’s never too late to start your adoption story

Of all the facts about Debbie Harry to make your head spin, perhaps the most remarkable is that the woman who owned the face of a generation is now 74.

While that sinks in, you should remember that Harry, who with her band Blondie, and as a solo artist, has shifted 40 million albums worldwide, was already in her thirties when she scored her first big hit with Denis (a cover of Randy and the Rainbows’ Denise). But it was the release of Blondie’s third album, the seminal Parallel Lines, featuring global smash Heart of Glass, which catapulted the band into the stratosphere and turned Harry into the world’s most recognisable blonde since Marilyn Monroe.

An awful lot had happened before Harry, already a fixture of New York’s punk scene, achieved what, in retrospect, seems her inevitable superstardom. She has survived a violent robbery and rape, a close encounter with serial killer Ted Bundy, heroin addiction, bankruptcy and the near-death of professional and personal partner Chris Stein. She has been flashed by Bowie and hung out with a veritable who’s who of influential artists including Warhol, Jean-Michel Basquiat, Iggy Pop and Divine, all of which Harry recounts in her eye-popping new memoir Face It.

I begin by asking Harry how she chose the title. “I wanted to give priority to all of the fan art (which illustrates the book), the portraiture and the nature of the business that we’re in. You’re under public scrutiny where people want to hear your point of view, and at some point you have to face the music.”

Harry describes her Blondie persona as a creation of her own invention, a character that is both transsexual and a drag queen. Is that how Harry really sees herself?

“Well, I was in an occupation that at the time was dedicated to male artists more than female artists. I was a woman with a man’s brain.”

What makes a good drag queen? “I think any kind of performer has to be a kind of cliché. I think in drag it’s very easy to follow what’s predictable. To be uniquely yourself, and in drag, to me that would be my goal.”

A sign of Harry’s longevity and unique appeal is that she has attended both Woodstock and Wigstock, the alternative festival curated by legendary drag star Lady Bunny. How do they compare?

“I didn’t actually perform at Woodstock, but I had the most interesting time. It was the first major festival in the US, at a time when we were all doing the peace and love thing. The atmosphere was charged.”

Harry’s good friend, cult film director John Walters once said of Harry, ‘Debbie blinked for two minutes and Madonna stole her career.” Does she take any credit for the careers of other female singers such as Madonna and Lady Gaga?

“Well, yes and no. I paid attention to the women artists who came before me. I think that’s true of what we all do. Learning from your predecessors and taking things from them that represent you.”

Was there a particular artist that inspired Harry?

“I paid attention to a lot of things. I liked the girl groups, I liked the arty groups. I liked Dusty Springfield, Janis Joplin and Grace Slick.”

As you would expect, Face It is filled with stunning images, many photographed by Harry’s bandmate, song-writing partner and former lover Chris Stein. But one image that stands out features Harry posing alongside Siouxsie Sioux, Viv Albertine (of proto punk feminists the Slits), Chrissie Hynde and Pauline Black of The Selecter. Does Harry remember this particular snapshot being taken?

“I think it was for a tea party organised by Melody Maker or the NME. We never really got to hang out with each other, or even to meet each other. There weren’t really so many women working back then. It just seemed like a nice idea.”

I once asked Chrissie Hynde why she had never recorded with Harry, so it seems only fair to put the same question to Harry herself. “Well, I’m not over yet! We’ll see. Anything could happen,” she replies with a deliciously dirty laugh. “I would love to do that!”

Does she have a list of other performers that she would like to work with? “I don’t have a list. I’m open to suggestions. We all have careers, busy lives. It really takes a lot of coordination.”

While we’re on the subject on Madge and Gaga, both of whom have spoken about their bisexuality, I ask Harry if she has ever enjoyed any girl- on-girl love of her own. “I’ve certainly enjoyed big crushes on women” is all she’s prepared to say.

Once Harry’s promotional book tour is over she is looking forward to doing what she does best: making new music with Blondie.

“We’re planning to start recording in the New Year. I’m looking forward to it and wish it was happening right now. I love the idea of writing some new material and just getting back in the studio. It’s all in the works.”

Does Harry think her long l career owes anything to her relatively late development as a performer? “I guess it’s different for everyone. I’m just glad it happened.” Surprisingly Harry doesn’t find touring a drag at this stage in her career. “I love doing live shows very much,” she says.

Although there is no mention of the 1969 Stonewall uprisings in her book, commonly regarded as the start of the modern LGBT rights movement, given that Harry forged her career in New York, alongside many of the city’s best-known gay counter-culture revolutionaries, I ask her if she has any recollection of the events that took place 50 years ago.

“I wasn’t there at the time actually. But I think in spirit I’ve always been there. It was the right thing at the right time,” she answers.

Harry has always exerted a massive magnetism for the LGBT community. Why does she think this is?

“I never really thought of it as a question. There are just so many wonderful artists who are trans, or gay, or whatever. It just seems part of nature. I object to people creating a difference between human beings. Sexuality is a personal thing. I don’t like anything that creates fear and basically people who have a problem with someone else’s sexuality are usually afraid.’

Harry herself lost many friends to AIDS at the height of the crisis. “It was shocking and horrifying. One of the first people who went down was an old friend of mine, Jamie. No one really knew what it was. Then everything began to tumble down. It was horrifying and scary.”

Was that why she decided to record Cole Porter’s Well, Did You Evah? with her old pal Iggy Pop for the AIDS fundraiser Red, Hot and Blue? “it was just such a good idea and a good cause. I was thrilled to be involved.”

For the first time in America’s history a gay candidate, Paul Buttigieg, has a chance of securing the Democratic Party nomination for President. Who does Harry think US voters will elect first. A woman or a gay man? Just how progressive does she think America has become?

“I don’t think America has become progressive at all. I’m horrified by what’s going on. I think a great deal of the population is living under rocks or something. It’s terrifying to consider what’s going on in my country right now.”

We in the UK, of course, have our very own Blonde Bombshell, Boris Johnson, as Prime Minister. Does Harry have any advice to offer Johnson on how best to capitalise on his blondness. ‘My God. In his case I think he should have his head shaved!”

As someone whose first job was working as a secretary for the BBC in New York, where she encountered British luminaries Alistair Cook and Susannah York and almost met Muhammed Ali, Harry has enjoyed a lifelong love affair with London. What’s her idea of a perfect day in our capital?

“Well, shopping, lunch with some friends, tea in the afternoon, some cocktails, seeing a band or a show. That sounds pretty good to me. I recently tried to have dinner with Boy George but we couldn’t quite manage to hook up. I’ve known him for a long time. We’ve done shows together. But he was working and I was working. The easiest way for me to see my friends now is at festivals.”

Of all the highs (and lows) that Harry recalls with Blondie she credits her “long friendship and intimacy with Chris Stein” as the most meaningful. (Although Harry and Stein ended their 13-year affair in 1989 Harry is godmother to Stein’s children and they continue to work together with Blondie and on other projects.) How is Chris? “Chris is lovely, he’s doing really well and we’re still at it!”

Beautifully designed, Face It is illustrated throughout with fan art, which ranges from the skilful to the frankly alarming. Why include it?

“I’ve been sent funny, interesting, charming, sometimes eye-opening drawings from pretty early on. I guess I was flattered by it. For a long it was all just floating around. Now I keep it in a file.” What’s the weirdest thing a fan has ever sent to her? “A man once sent me his hair!” And what did she do with it? “I gave it to Chris!”

In her book Harry says that nowadays “everything is revealed and nothing in hidden.” Are there things that Harry has herself kept deliberately hidden?

“Yes. There are a lot of things I couldn’t put in the book. I cover a long period of time and I’ve tried to create an arc. I didn’t want to make it a bunch of little stories. As you can imagine there’s a lot more that went down. I would like to someday write all that stuff up.” So can we expect a sequel? “Perhaps, perhaps.”

There’s so much in this memoir that I want to ask Debbie about, but I’ve just time left for a few quick fire questions. Debbie boasts of her prowess riding a pogo stick. When did she last ride a pogo stick? “Oh, at least 40 years ago!”

Unusually for a rock ‘n’ roll memoir Harry’s book concludes with a chapter on opposable thumbs, but did she ever finally get to visit Tom Thumb’s gravestone? “No I didn’t. Did you?”

And finally, can she still fit into her famous green Marilyn Monroe dress, the one in which Harry once posed with a frying pan in the shell of her burned-out apartment.

“Actually I could, but the dress is crystallised from the heat!’ It’s now like a shell. Even in that photo it was uncomfortable and really very difficult to get into.”

As a fan it’s been both a pleasure and a privilege to chat with a genuine flesh-on-bones icon. But before we end I just want to ask Debbie if she has a message for the people reading this.

“I just think that you are all very brave. I just wish that you didn’t have to be.

“You deserve your due, and your freedom and your duality above all else.”

Face It by Debbie Harry is published by HarperCollins (RRP £20)