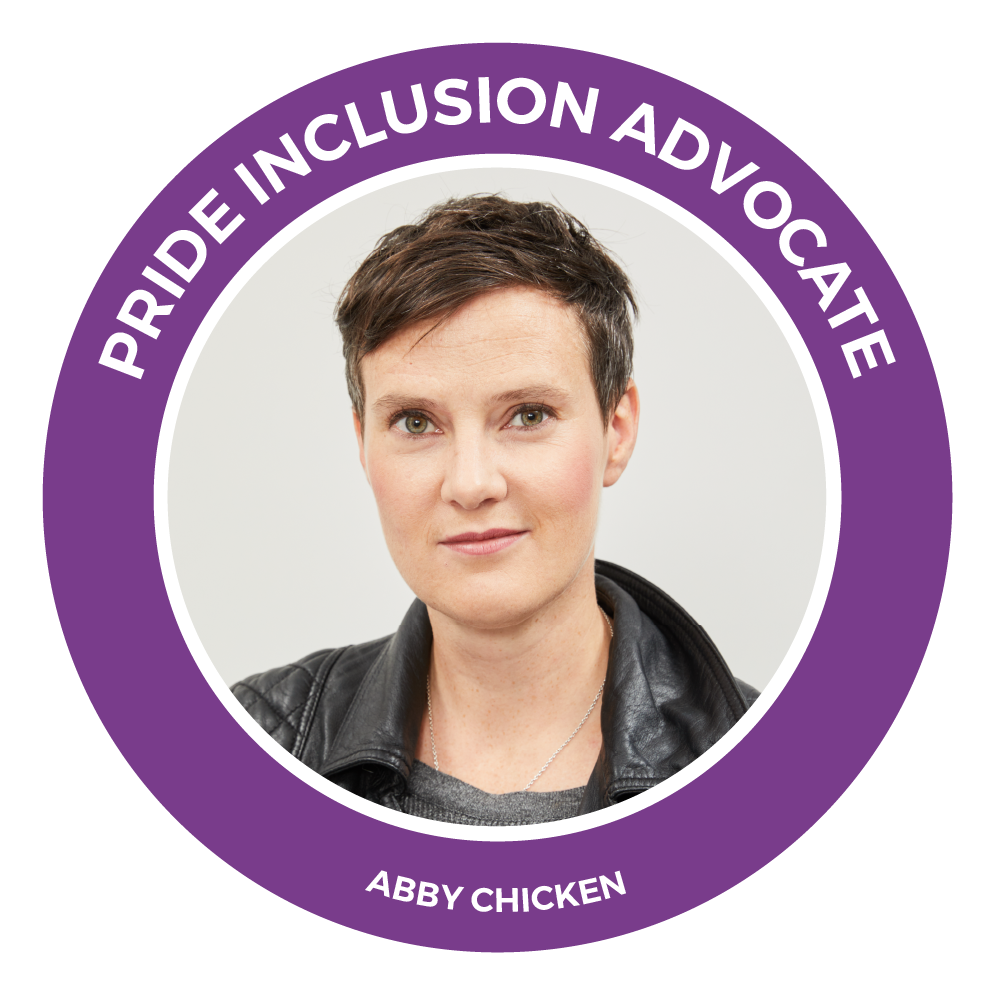 You are a Sustainability Manager for a leading luxury retailer. What does that role involve?
I lead on sustainability mindsets for a luxury retailer: this involves working with team members and customers on how to help them embrace more sustainable lifestyles in their day to day – everything from repairing much loved items or buying vintage to opting for plant-based meals in restaurants or refilling a water bottle. I build community and charity partnerships and facilitate volunteering opportunities for team members, cover diversity and inclusion, sustainability literacy and support with customer communications and events. It’s pretty broad, but keeps it interesting as every day is completely different.

For almost four years you were also Director of Volunteer Engagement at Pride in London. What did that involve?
It’s a pretty big job! Now I’m a mum I struggle to see where it fitted on top of a day job, but it was an absolute joy for a significant part of my life – and one where I met my wife and made lifelong friends, a real chosen family.

Pride in London is run entirely by volunteers and depends on over 1000 people turning up on parade day to steward, fundraise, help backstage and fill countless other roles to enable one of the biggest one-day events in the UK – Pride in London has become a true beacon of diversity for the world.

My role was volunteer engagement – I led the team who recruited, trained and deployed all of those people across the operation, as well as a core team of around 200 year-round volunteers. As volunteering is entirely optional, it meant that each year we engaged and trained nearly 1800 people in the run up to the event (it’s where I cut my teeth on public speaking) and led us all to some incredible moments, real lifetime highs and lows – standing in an empty Trafalgar Square at 5am before the whole event kicked off, the anticipation before the parade starts with 1.5 million people attending, chairing meetings from Boris Johnson’s chair in City Hall, supporting the operation when The Elders came to London. It was a real privilege.

How important is a culture of diversity and inclusion in the working environment?
I could reel off stats around improved commercial performance when you have a diverse workforce or the relentless suck on worker productivity if they spend energy and emotion hiding a part of themselves in their day-to-day roles. People cover and hide anything from sexual orientation to religion, bereavement to mental health to menopause, and it’s all exhausting and hugely detrimental to the wellbeing of any workforce. By now we all know this to be true; the more interesting thing is the stories around people and how vibrant things become when authenticity and difference is allowed to flourish.

Having set up the first employee network at the John Lewis Partnership some years ago, I was honestly surprised by how needed it was. I’ve lived most of my adult life with the privilege of being in industries where it has been safe to be out, and living in communities where I didn’t need to hide. Not everyone has this luxury, and employee networks are a great way of identifying people who you can talk to, whose experiences might help – within a short space of time we had over 600 members and were consulted on policy changes, training and became a go-to for managers who were navigating issues within their teams and needed support. I know there are many mixed attitudes to corporate representation at Pride events, but knowing that an organisation attends is fantastic shorthand for knowing you’ll be safe and supported in the workplace.
On a personal level what do you consider your greatest achievement?
In 2017 the Pride in London team was recognised with the Queen’s Award for Voluntary Service, which was a huge accolade for a lot of hard work from the whole team. To be honest though, what really made it worth it was the individual comments and thanks from volunteers and people attending the event over the years about how we had made a difference to them, to the attitudes of their families or their employers. I’ve had letters from asylum seekers who volunteered with Pride in London about what they’d escaped, been nominated for diversity awards for something so simple as being myself, being out (and being pretty shouty!).

Being visible, being around others who recognise and celebrate you – you never know who you are inspiring or whose life changes as a result. That’s powerful.