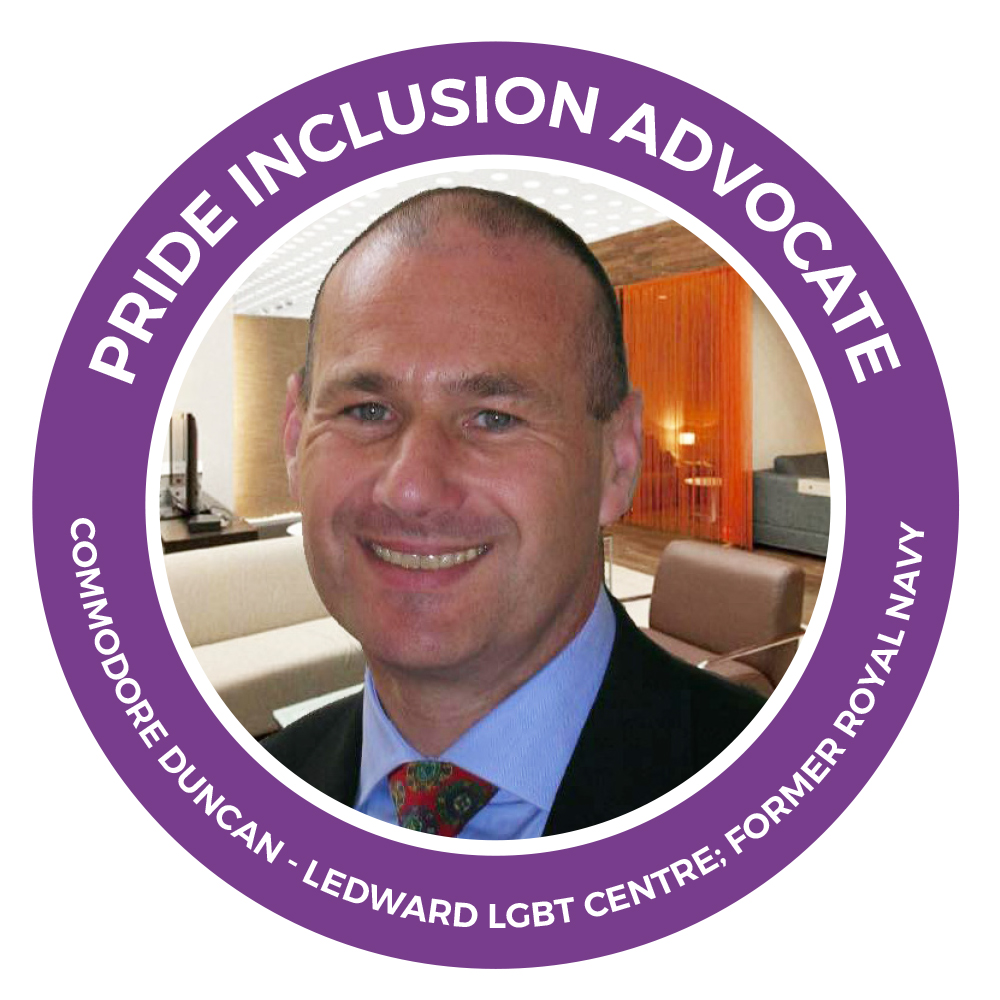 What was life like for you – and other gay men and women – serving in the forces before 2000?
People lived in constant fear of the knock on the door from the military police and the days of intrusive interrogation and humiliation that would follow. This could even include forced medical examinations with tests which are now condemned in the world at large as torture. People were thrown out of their careers and lost everything; not for anything they had done, but for who they were.

Why do you think it is so important to be yourself as an out gay man or woman?
People perform their best in the workplace when they are happy and content. Being at ease and feeling confident to be who you are makes you perform better. Every employer should welcome and encourage that. If an employer fails to recruit from the entire available pool of ability because of bias or because some people do not come forward because they perceive them to be an “unfriendly” employer then they squander their resources. This makes no business sense. Achieving a properly diverse and inclusive workforce is not just the right thing morally to do; it is also the efficient thing to do.

The Ministry of Defence has recently agreed to return medals to those service men and women who were stripped of them after having been dismissed for their homosexuality. Is there anything else which can be done for these veterans?
I was delighted to be able to assist with this campaign which restored the first medal in 2019 and set the precedent. But while medals are important there are more practical ways in which the Ministry can make a difference to those who were so harmed by the country they served with honour. There must be a proper individual review of lost pensions and leaving gratuities for those impacted by the ban. Individual cases may need specific financial help. I am not talking about vast amounts or compensation. But I would expect to see ex gratia payments, in accordance with the military covenant, for those who were so badly let down.

So much has been achieved since 2000. What remains to be done?
I applaud the Armed Forces for the work they have done which rightly has gained their recognition among the top 100 Stonewall employers. Of course, there is much more to be done as there is in the rest of society. Top down leadership, proper consultation and staff support and role modeling are key. Never forget the power of leading by example as an LGBTQ+ person who is prepared to stand up and be counted.