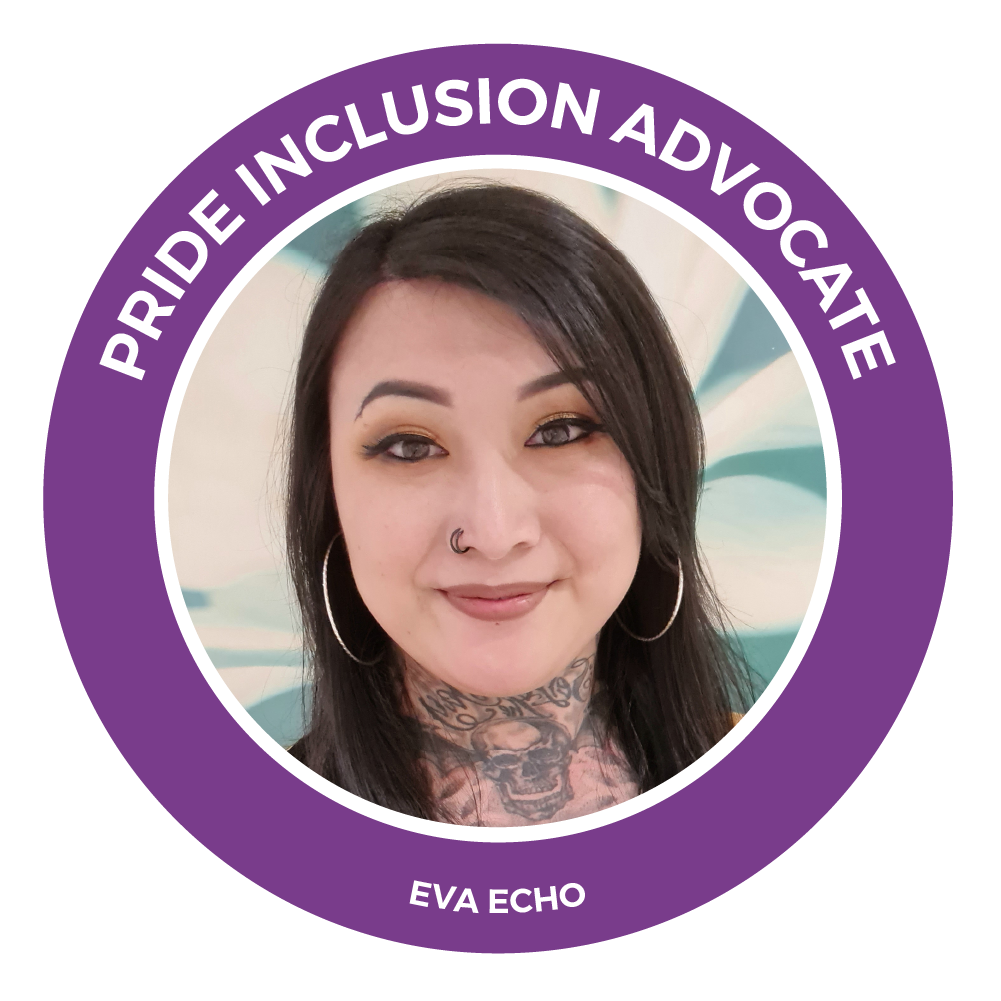 VA ECHO IS A MEMBER OF THE CROWN PROSECUTION SERvICE LISP FOR HATE CRIME, AS WELL AS A BRAND AMBASSADOR FOR THE LONDON TRANSGENDER CLINIC

You’re a member of the Crown Prosecution Service LISP for Hate Crime. What does that role involve and what is being done to tackle hate crime nationwide and is there room for improvement?
Being a member of the CPS’ hate crime panel allows me to use my lived experience to help others and to create change. We look at all five strands of hate crime (gender identity, sexuality, religion, race, and disability) and any intersections. We examine previous cases through a critical lens, making sure everything was done to achieve a prosecution, challenging the decisions made and identifying areas for improvement.

Feedback to our own social groups is crucial too. Due to confidentiality, I cannot discuss specifics, but I am able to give an insight into the work the CPS does, creating awareness and better public understanding of the judicial system. For example, hate crime is taken very seriously. Under the Criminal Justice Act, a court can impose uplift in sentencing – something the public may not realise and may prompt them to come forward to report hate crime.

Outside of the hate crime panel, I’ve also led trans awareness training and done presentations for the CPS as well as creating community engagement events, which bring members of the public, the CPS and the police together to learn from each other. It also allows the public to challenge the criminal justice system or to have any questions/concerns answered. It’s important that all parties (public, police and CPS) are on the same page. There’s always room for improvement though and, whilst we can’t get everything right first time, it’s important that we listen and learn.

You’re also a brand ambassador for the London Transgender Clinic. What does that role involve?
Being a brand ambassador for the London Transgender Clinic (LTC) allows me to bridge the gap between patients and the clinic. With the current NHS trans healthcare in crisis, more and more people are turning to private healthcare. Private healthcare is often seen as a mysterious entity, with people wanting to access it but not knowing how to or thinking they can’t. I can use my position to help by sharing my own experiences. I provide valuable feedback to the clinic too. Private healthcare isn’t accessible by everyone and, if there are ways to make it more accessible, then the feedback can form a vital first step. Since I started working alongside LTC, we’ve created a monthly direct debit scheme which helps patients to manage the cost but, most importantly, allows patients to access treatment sooner.

It can be argued that trans awareness and acceptance has improved greatly in the past few years. Do you agree? And what else needs to be done?
Yes and no, really. Even since I came out in 2017, there’s been a significant change in acceptance and understanding of what it is to be gender-diverse. However, in the grand scheme of things, the shift in the last few years is a drop in the ocean. Transphobia is on the rise here in the UK and our lives have become political pawns. The misinformation and media attacks on trans people pose a very real threat on the rights of all marginalised groups. Right now, those that oppose our existence are a minority, but they shout louder. As a community, we must stop any in-fighting and all stand together in solidarity. We need our allies to be vocal too, combining their voices with ours to drown out the hate through education and lived experience. People hate and fear what they don’t understand. Our lives oppose what has previously been taught… but what can be learned can also be unlearned, as long as we adopt the right approach. If we just shout back at the haters, it becomes a lot of noise, and nothing will change. Remember when tattoos were mysterious? Thirty years ago, if you told somebody you had a tattoo, you’d be met with questions such as “did it hurt?” or “what did you get?” Now, if you told someone you had a tattoo, you’d be met with “so?”. Tattoos have become accepted. Normalised. We can and we will be too… and it’ll happen by us being ourselves and not allowing hate to interfere with who we are.

What words of encouragement would you give to a young trans person?
There’s only one of you, so be your own kind of beautiful. I’ve always struggled with my identity and how I fitted into the world. I was trying too hard, often relying on external factors and those around me, in order to be defined. It wasn’t until recently that I realised that I was never not a part of the world, the world was simply waiting for me to present myself and to step into the space that’s mine. You all have a space too. Think of it like your bedroom – put up the posters or photos you want, paint it whatever colour you want… it’s your safe space. Be proud of that space you’ve created and remember that no two spaces are the same, so don’t worry if yours looks totally different to everybody else’s. You’re still valid.

What do you consider to have been your proudest achievement to date?
Ooh, this is a tough one!! There was a time when I would say it was writing a song, playing it live and hearing the crowd sing it back to me because it spoke to them. Thinking about it now, that was filling a gap. Helping others in the hope that it helps me or gives me purpose. I realise now my proudest achievement is much simpler. It’s the day I accepted myself. I released myself from my own internal prison. I know… this sounds so cheesy… but it’s true!! Whilst I’m involved in so many things, ranging from legal action against the NHS due to the long waiting times for accessing trans healthcare to talking to people who are gender-questioning and afraid to come out, I couldn’t do any of it without self-acceptance, which gives me the strength to keep going, no matter what the challenges are.