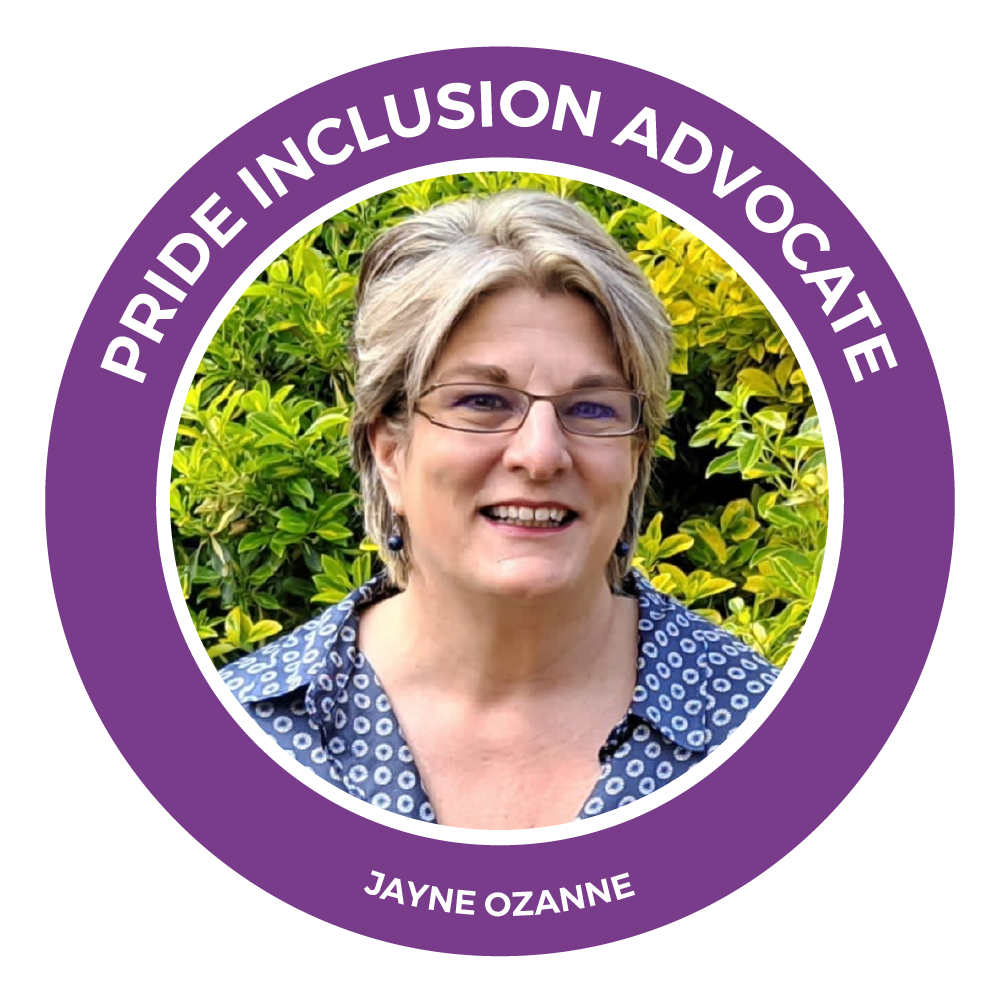 JAYNE OZANNE CAMPAIGNS FOR EQUALITY WITHIN THE CHURCH OF ENGLAND, AND IS THE FOUNDER OF THE JAYNE OZANNE FOUNDATION. SHE RECENTLY RESIGNED FROM THE GOVERNMENT’S LGBT ADVISORY PANEL IN PROTEST OF THEIR ATTITUDE TOWARDS CONVERSION THERAPY. SHE IS A WRITER, BROADCASTER AND LGBT+ CAMPAIGNER.

You describe yourself as being “unashamedly gay, and unashamedly Christian”. Many may think, rightly or wrongly, that these are mutually exclusive, given some faiths’ attitude to LGBTQ+ rights. How is being “unashamedly gay, and unashamedly Christian” compatible?
So many of us have felt that we had to walk away from our faiths when we came out, and yet I passionately believe that God does not discriminate, even if some religious organisations do! As a Christian, I believe in a God of Love who loves us all equally but created us each uniquely. God IS love, and where there is love there is something so pure and beautiful that it must be celebrated, cherished and blessed.My hope is that in being so out about both my sexuality and my faith I can model to people an authenticity that they find intriguing and attractive, and which leaves them wanting to find out more about God (even if they don’t want anything to do with the Church!).

Why did you recently resign from the government’s LGBT Advisory Panel, and what could the current government – and indeed any subsequent governments – do to ensure equality and acceptance for LGBTQ+ citizens? What work still needs to be done?
There is so much that still needs to be done! I resigned last March because I was deeply concerned about the way in which the government was dealing with the horrific practices of “conversion therapy”.We needed an outright ban, and yet at that time all they seemed to want to do was to consider non-legislative options, which risked focusing purely on minors and creating various loopholes for religious practices (the most common form of “conversion therapy”) and for trans people (those most at risk).I stated at the time that I was worried about the increasingly “hostile environment” for LGBT+ people in the UK, which is most evidenced by the way our trans friends are being treated.We have come a long way as a society in the UK but there is still so much more that needs to be done.This involves tackling the root causes of so much of the hate and discrimination we face – whether that be in religious or cultural settings, or because of “fake news” and ignorance.

You’re the director of the Ozanne Foundation. What does the Foundation’s work involve?
Our foundation works with religious organisations from around the world to tackle discrimination and prejudice on the grounds of sexuality or gender identity.Last year we launched the Global Interfaith Commission on LGBT+ Lives, which brought together hundreds of senior religious leaders to agree and sign the Declaration on the “Sanctity of Life and the Dignity of All”, and which finished with a service of celebration at Westminster Abbey.Together we are working to safeguard LGBT+ people in various religious settings and are calling on our governments to urgently take steps to ban “conversion therapy”.

In the UK that has led me to set up and chair the Ban Conversion Therapy Coalition, which brings together a broad coalition of LGBT+ organisations, academics, faith leaders to work with MPs and other allies to ensure we get a comprehensive ban on conversion therapy.

What has been your proudest achievement to date?
Apart from finally coming out after 20 years of conversion therapy and at great cost to myself, I think the achievement I’m most proud of is the video of senior faith leaders sharing the Global Interfaith Commission on LGBT+ Lives’ Declaration.This is an extraordinary video, which I know has moved many LGBT+ people to tears as they finally hear senior faith leaders saying sorry for the trauma that certain religious teachings have caused and calling for an end to discrimination and violence, as well as an international ban on conversion therapy.