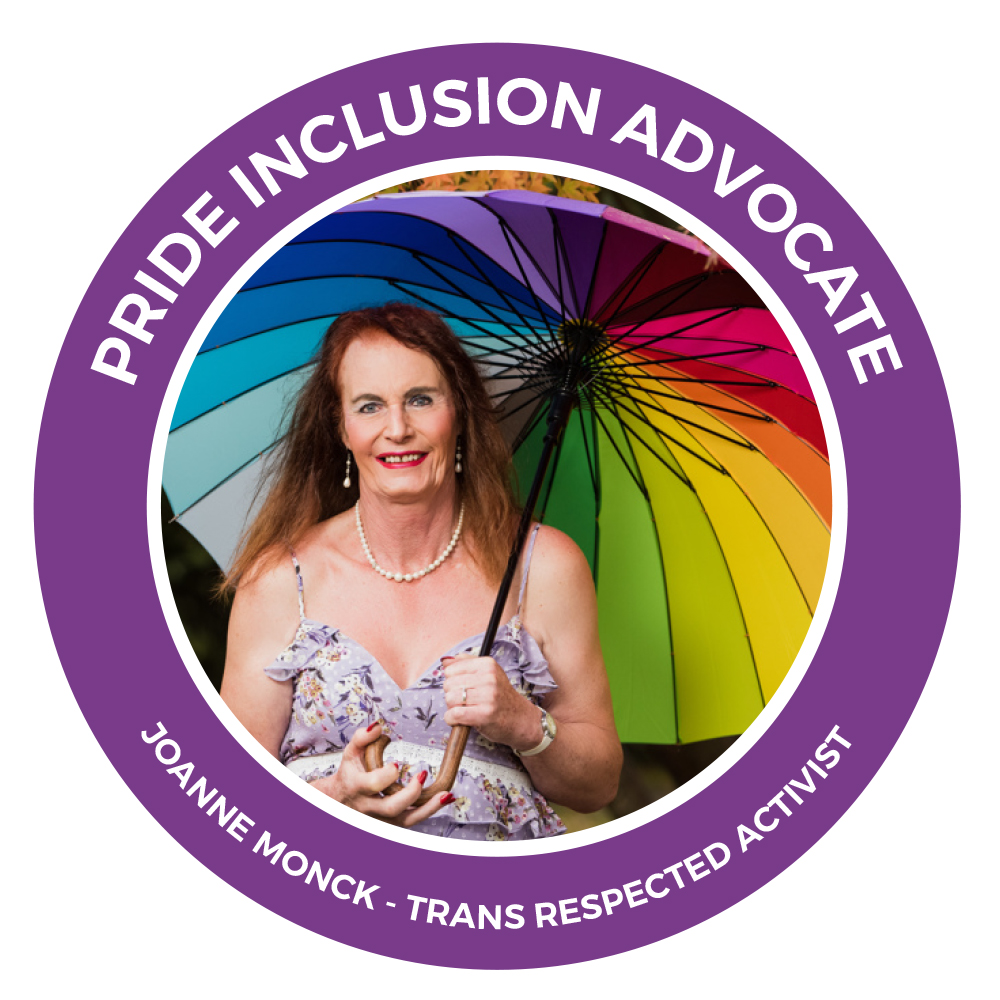 JOANNE MONCK OBE WORKS WITH SUSSEX POLICE AS AN ADVISOR ON LGBTQ+ POLICIES, AND IS ALSO A STONEWALL SCHOOLS ROLE MODEL

Were there any challenges that you faced along the way to your transition?
Yes, of course, there were challenges. In the early days of my transition I had to overcome being stared at, being misgendered, and occasional verbal abuse. The biggest challenge was telling my twin sons and my father. My sons were totally understanding; even my father was accepting.

How has Sussex police responded in a positive way to your advocacy?
I have been welcomed by Sussex Police as an advisor, giving up my spare time to help shape a policing service that recognises the different needs of people and thereby provide an outstanding service to the diverse community. I have helped to shape policies to ensure they recognise and are considerate of the needs of trans people and the LGBT+ community as a whole. I have delivered awareness sessions to colleagues and officers, which is so important as it increases their understanding of gender identity and the challenges experienced by people transitioning.

As a Stonewall Schools Role Model what does your work involve?
I visit schools on their behalf to talk about my life. My key message to students is that it’s OK to be who you want to be. The reception I get is, without doubt, amazing with students bombarding me with questions

When Stonewall added “T” to their “LGB” representation, how overdue was that?
Stonewall adding “T” to “LGB” was a very important move, and long overdue. Whilst sexual orientation and gender identity are on the most part entirely different, they are also interwoven. Many transgender people may be gay, lesbian or bisexual. Through their key role and vast experience towards eliminating homophobia and biphobia, Stonewall’s inclusion of transgender under their LGB umbrella has helped towards eliminating transphobia. After all, one of the slogans they use is “stand proud and stand together”.

What needs to be done in terms of LGBT+ rights, not just in the UK but globally?
There is a lot to be done. Globally there are still many countries where being LGBT+ is a crime, in some cases punishable with the death penalty. There is a need to educate globally. Even in countries where LGBT+ rights are accepted and part of constitutional law, there is still a vast amount of discrimination, often due to unconscious bias where people just don’t understand. In the UK acceptance of LGBT+ rights has been helped in many cases by organisations and companies being visibly inclusive and diverse. We are all human beings and in the 21st century deserve to be treated with dignity and respect no matter who or what we are.