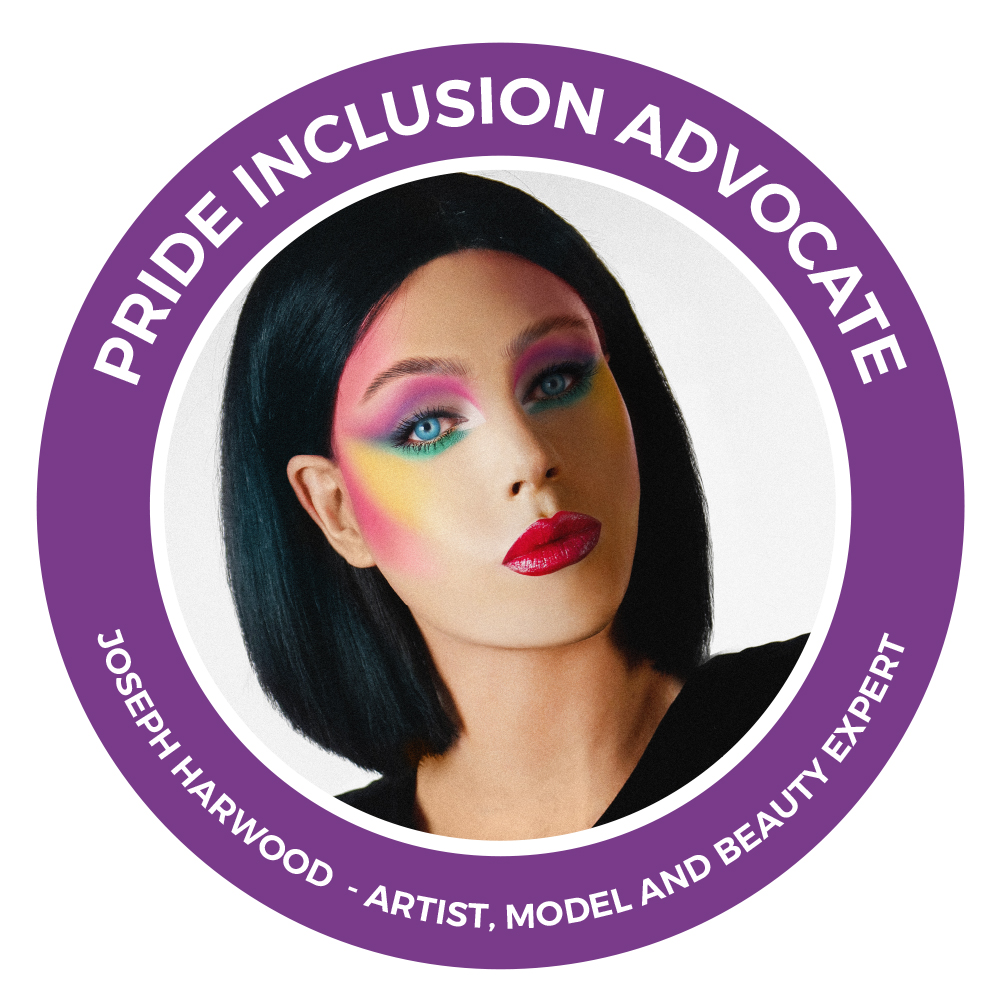 JOSEPH HARWOOD IS AN ARTIST, MODEL AND BEAUTY EXPERT, THE WINNER OF THE ONLINE VERSION OF AMERICA’S GOT TALENT AND AN AMBASSADOR FOR THE PRINCE’S TRUST

What is your definition of transgender?
If you break down the word, trans can mean “across” or “beyond” gender. It represents anyone whose gender has been outside of the contemporary expectations of male and female.

When did you first realise that you were transgender and what challenges did you encounter on your journey?
I was identified as male from birth, but my puberty was not at all what a boy should have gone through. I had a different experience because my hormones were not the same levels as you’d expect to be healthy, and I developed a medical condition called gender dysphoria. I had a list of negative physical symptoms that often get overlooked when we discuss gender, but I had really bad fainting spells and memory loss, I had headaches and my body was growing in a feminine way which included growing breasts. I discussed this with a doctor and was ignored on multiple occasions, I felt trapped within a body that didn’t look or function as expected.

I was physically very androgynous and this was something that I decided to embrace, and I was scouted as a model at 15. This allowed me to fund my own route to autonomy despite being ignored by medical professionals, and sadly this is not conventional at all. For many people who have no access to work through finding a balance in their bodies, they are stuck and it’s negligent. I was very fortunate and I play with gender expression in my art.

Trans visibility, and, to some extent, rights, have improved over the past years. What more still remains to be done?
Visibility has definitely gone up in the last few years but the type of visibility has not been strategic or positive. For me, there needs to be a diverse range of people who happen to be trans, in visible positions, in all manner of roles. People have attached trans people in the media to those who aspire to be famous or a celebrity, and how can someone with all the privilege of celebrity show the real trans experience?
It’s always been important to me to be myself and show that you can be successful even if you are trans because that is powerful in a way that arguing with a closed mind isn’t. We need to see trans people on TV doing the same things as everyone else, talking about the same bills they have to pay, making people smile and laugh and cry on a human level. We’ve got some way to go and I think we’re working towards that.