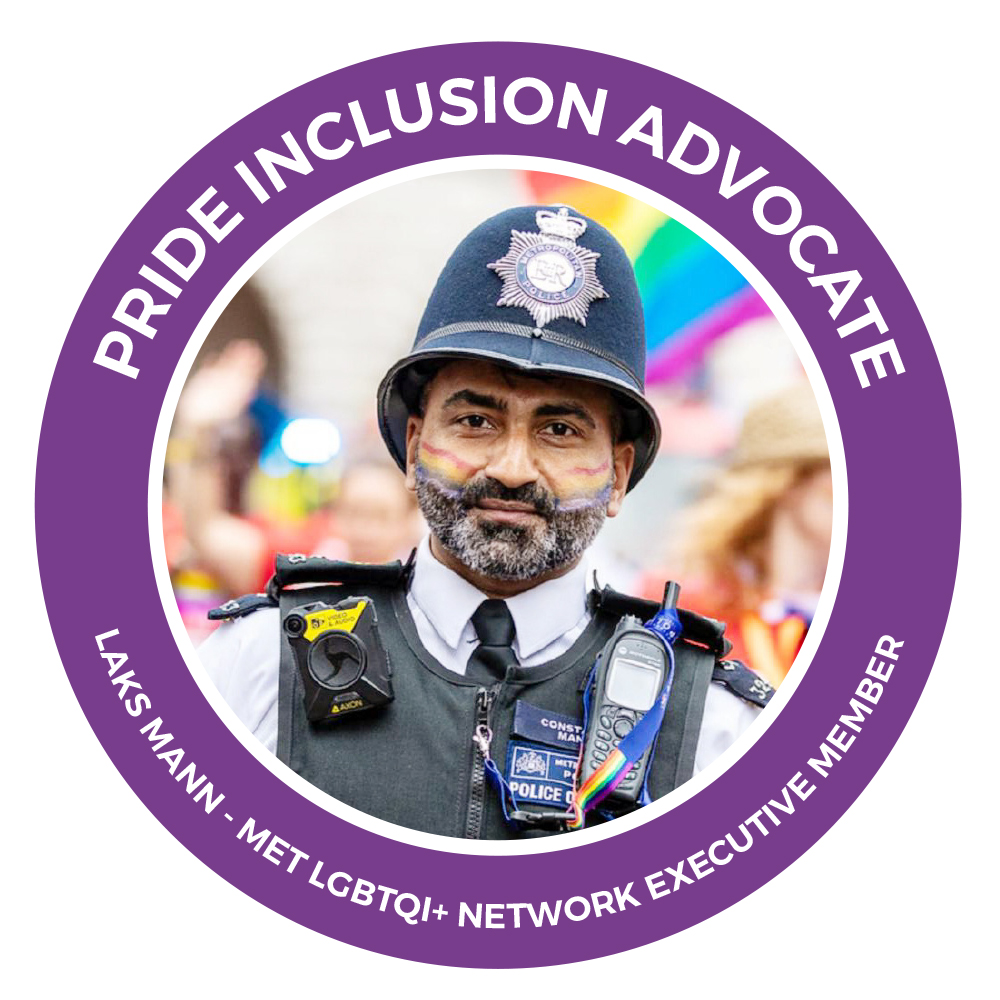 What does your role as Equality, Inclusion and Diversity Advisor for the London Mayor involve?
My role involves advising Deputy Mayors and subject matter experts at City Hall on policy formulation, strategic interventions and community engagement activities. I advise through an intersectional lens of race, ethnicity, faith, LGBTQ+, and working-class lived experiences.

What is the Met doing to promote diversity and inclusion both in the force itself and in the wider community?
The Met has a number of Staff Support Associations including the Met LGBTQ+ Network – where I’m on the Executive Committee as the Intersectionality & Community Engagement Lead, and the Met Police Sikh Association – of which I’m an active member. These staff networks are vital to embedding diversity and inclusion within the organisation, and many also do outstanding work engaging with London’s wider diverse communities. Regardless of the organisation, we all bring our own unique lived experiences, and so it’s important for employers to be truly inclusive and to fully embrace the diversity of their employees, particularly in a public-facing and community-serving organisation.

You are Secretary of the Intersectionality Working Group (IWG) of the National LGBTQ+ Police Network. What does that involve and how important is it to you, as being a self-described “British South Asian Queer”?
The key focus is to ensure that national decision-making includes greater diversity of lived experiences, and to amplify the narratives and challenges faced by marginalised communities, whose voices are all-too-often silenced and excluded. Initially we’ll be looking at particular barriers faced by Queer People of Colour (QPOC), and then plan to highlight other lesser-heard voices within the wider rainbow policing family. For me, it’s important to be visible as a British Desi Queer and to show that my cultural, ethnic and faith backgrounds are compatible with policing.

You’re also the founder of Gaysians. How does Gaysians help increase the visibility of the UK’s South Asian LGBTQ+?
My aim was to show that the UK’s South Asian LGBTQ+ community existed, in considerable numbers, and that we were a united family of artists, activists, charities and community organisations. I created Gaysians to be game-changer with a two-pronged strategy; to shatter stagnant narratives still within our South Asian diaspora, and also to show the wider LGBTQ+ community that Desi Queers would no longer be invisibilised,: that’s why the launch tagline of Gaysians was “Queer.Asian.Here.”