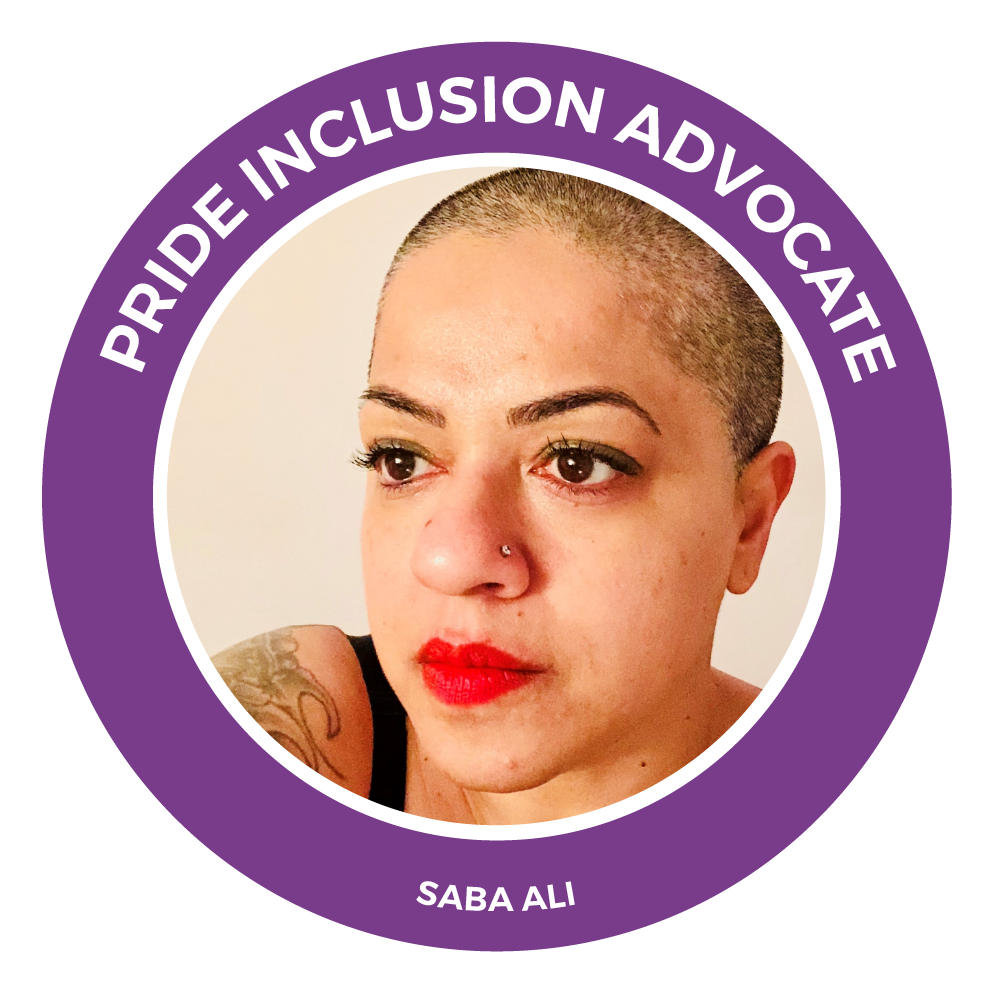 SABA ALi IS A TRUSTEE OF GALOP

What is Galop and what does it do?
Galop is the UK’s LGBTQ+ anti-abuse charity. They work with and for LGBTQ+ victims and survivors of interpersonal abuse and violence. Galop works directly with thousands of LGBTQ+ people who have experienced abuse and violence every year. They specialise in supporting victims and survivors of domestic abuse, sexual violence, hate crime, and other forms of abuse including honour-based abuse, forced marriage, and so-called conversion therapies. They are a service run by LGBTQ+ people, for LGBTQ+ people, and the needs of the community are at the centre of what they do. They have a national LGBTQ+ domestic abuse helpline and a hate crime helpline – both are a safe space to talk and in confidence knowing that you will be listened to. On 29 October Galop launched their conversion therapy helpline to help victims and those at risk of this barbaric method.

You are a trustee of Galop. What does your role involve?
As a trustee my role is to support the CEO and charity to help ensure that Galop’s services continue to grow, and work with them together to serve the LGBTQ+ community. As well as helping with the direction Galop is moving in and reviewing their strategic aims and plans, it’s also great to be able to add and ensure a safe space is provided for LGBTQ+ victims of abuse so they get the best support, advice, and practical help they need.

For me it isn’t just about attending Board meetings but to also contributing to them and providing debate. I’m someone who isn’t afraid to speak up, even if this means challenging what is being presented if I disagree or need clarification. As an ally to the community it also means that I can bring a different perspective.

I am also able to utilise my own resources and contacts to support Galop and my areas of expertise to help further raise Galop’s profile, as well as fundraising and endorsements. For example I was able to support the communications team with launching the conversion therapy helpline by sharing the news with my contacts and asking them to help raise awareness, as well as using my own platform to promote it.

We see every day on social media, mainstream media and offline that members of the community have or are experiencing lesbophobia, biphobia, homophobia, transphobia, interphobia, sexual violence or domestic abuse. I think at the moment there is an exhaustive amount of transphobia and complete misinformation provided which leads to scaremongering and exacerbates transphobic behaviour. When do you ever see a trans person being approached to ask their opinion or what they think and feel? It’s always someone else that is ready to speak without their lived experience.

What advice and help can you and Galop offer them?
As well as the helplines mentioned above, you can also refer yourself to Galop for advocacy and casework support whether it is emotional support, help with the criminal justice system and housing as some examples. There is also an online community – an LGBTQ+ domestic abuse survivors forum. Galop also supports children and young people under the age of 25 years and have a dedicated team.They also support family, friends and professionals who are supporting LGBTQ+ victims of abuse.

I would always refer any LGBTQ+ person that has been a victim of any form of abuse to speak to Galop. I know a lot of people that have used the service and felt they have been listened to and understood. Many mainstream services don’t have LGBTQ+ lived experience or understand the intersectionality that comes with it. They are a UK-wide service so available to people across all regions.

You’re also on the Crown Prosecution Service (CPS) LISP for Hate Crime. What does that role involve?
We meet quarterly to look at cases that have been prosecuted as a hate crime to see whether the right decision was made, is there anything more that could have been done, and if something was missed. Unfortunately, reported LGBTQ+ hate crime is very low despite good conversion rates, and it’s worse for transphobic crime – victims are not coming forward and reporting crime. When I joined the panel I noticed there was no trans representation so helped recruit this role. Together we’ve had several meetings to discuss how we can improve relationships between the community and the judicial system, so individuals come forward. It isn’t right that a victim should suffer in silence and not get support. We’re looking to hold a round table style event where members of the community can come forward and have an open conversation and look at ways to start healing that relationship.

I know a lot of the issues lay with reporting crime to the police and it’s important to remember the CPS are a separate institution. The police report crime and the CPS prosecute the crime, our events will include both. There is a lot of work to do and we’ve identified several areas that need more support, awareness or educating but the CPS are engaging with community members.

What words of encouragement would you give to a young LGBTQ+ person?
I think, as I mentioned, before the most important thing is for young LGTBQ+ people is to know they are not alone; support is out there and charities such as Galop are able to offer advice and guidance. It can be scary, and I’d say to only do what they feel comfortable with and not feel peer pressure. Join spaces with like-minded people and find your community, don’t feel you have to speak it’s OK to listen and learn too.

I often use this saying that all young people deserve an opportunity to be loved, cared for, treated with dignity and given equal opportunities in the diverse world we live in.

What do you consider to have been your proudest achievement?
I’ve never really thought about what makes me proud as I love all the work I do especially with Galop and the CPS. I’m appreciative of the respect I have with members of the community whom I look up to,I get asked my opinion, offer advice and work with them on various projects or campaigns. I did recently help a friend who is evacuating vulnerable people and LGBTQ+ people from Afghanistan. I was helping with data cleansing and able to identify eighteen LGBTQ+ people, some at very high risk, that have all been given clearance and will be rescued and flown out in the next few days. To know you’ve played a small part in rescuing someone’s life makes all the work worthwhile.