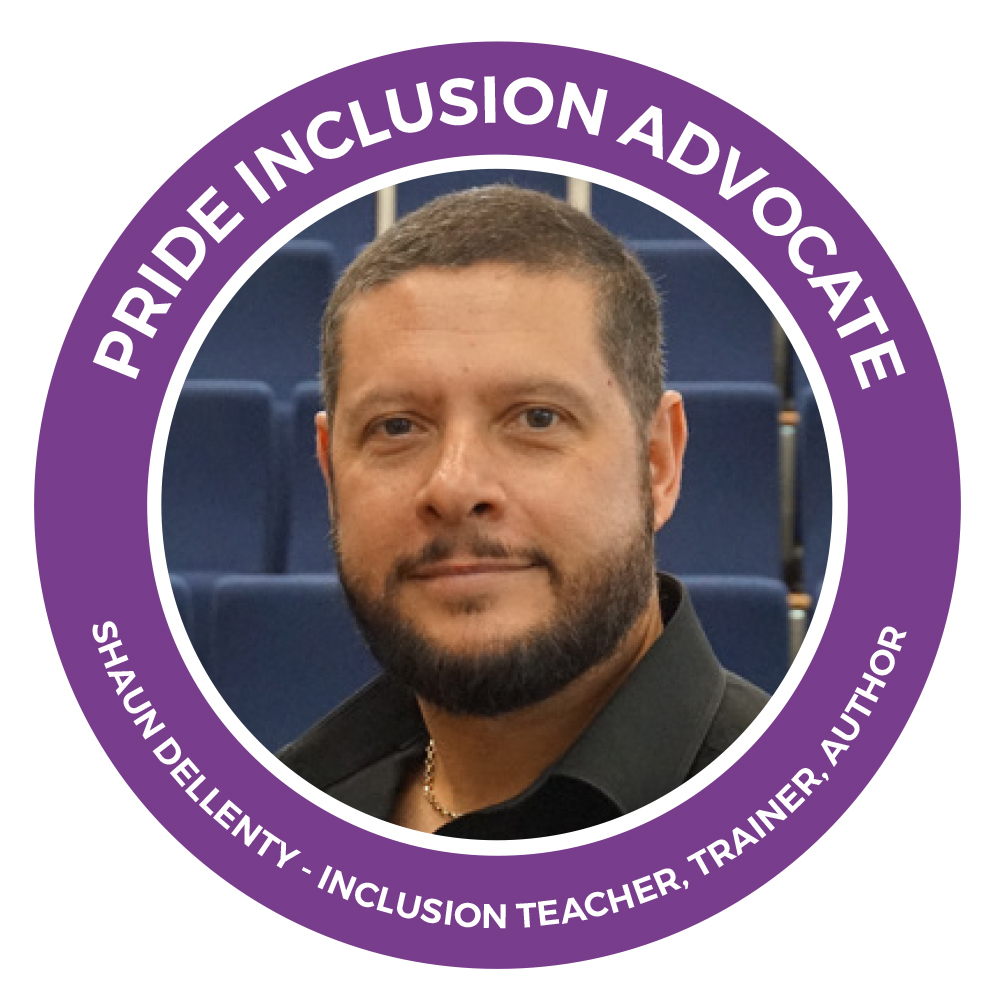 SHAUN DELLENTY IS A GLOBAL LGBTQ+ ADVOCATE, EDUCATOR, AUTHOR AND FOUNDER OF THE INCLUSION FOR ALL PROGRAMME

What prompted you to come out to your school community in 2009, and go on to devise the Inclusion for All programme?
In November 2009 my (then) London primary school undertook pupil bullying questionnaires to assess attitudes and behaviours at “ground level”. The resulting data shocked me.

Seventy-five per cent of our primary-aged pupils experienced direct homophobic bullying (often covertly) on a daily basis (whether or not they identified as LGBT+) with 98% hearing the expression “that’s so gay/ it’s so gay”. There was also evidence of transphobic language and perpetuation of the myths that only gay people get and spread HIV.

As a school leader I had a duty of care to not only tackle bullying related to actual or perceived LGBT+ identities but also to prevent it. We had to act to keep our young people safe and so in January 2010 I came out as gay in an assembly to my whole school community, in order to share my own journey and perhaps serve as an out and proud primary school leader.

My own coming out proved to be one of the best days of my life, the children, staff and parents were very supportive, some still write to me about it to this day and how it made them feel like they belonged and were valued, whoever they might be.

Having made significant positive change in my own school I then took this work across the UK, working with around 100,000 educators since 2009 in addition to working across 25 countries.

How great was the problem in homophobia back then in learning communities?
In 2012 the Stonewall School Report revealed that more than half of lesbian, gay and bisexual young people experienced homophobic bullying in Britain’s schools.

The Equality Act 2010 significantly helped by naming sexual orientation and gender reassignment as statutory “protected characteristics” and over time it became easier to engage positively with learning communities. I believe that LGBT+ inclusion in education should never occur solely as a result of legislation (although it clearly helps) but as a result of the moral duty upon all educators to make all young people in their care feel safe, validated, and represented, in order to fulfill their individual potential as naturally diverse human beings.

Since I started my advocacy in 2009 we have also seen government funding for anti-HBT (homophobic, biphobic, transphobic) bullying projects, although this has now rather shamefully been pulled under by the current government. We have also seen the introduction of statutory LGBT+ Inclusive sex and relationships teaching in schools, a huge contrast to the days of Section 28. But despite all the hard work and progress we are seeing increased isolation and mental health problems as a result of Covid and an upswing in strategic and co-ordinated attacks on individuals and organisations working in the field of LGBT+ inclusion, especially around trans identities. This along with an increase in hateful rhetoric on social media platforms shows we still have a long way to go.

How can we all help to eliminate homophobic bullying and prejudice?
Small steps make a huge difference: speak out, share your story, seek and serve as allies and know that your voice can change the world for the better, even if you think it can’t. You don’t have to be rich or a school leader, a hero or an influencer, what you really need is passion for making the world a kinder place for everyone.

What advice would you give to a child today who is questioning his or her sexuality?
Be loving, kind and patient with yourself, there is nothing wrong with you and there is no rush to define yourself anything other than by your name and “human being”. If you are being bullied in school we are now in a time and place where schools have a legal duty to protect you from bullying (of all kinds) so make sure you seek out the school anti-bullying policy and always reach out for help in school when things get tough there or online. You are loved and you belong here, you are a precious unique human being who absolutely deserves your time and place on this Earth without fear of bullying and discrimination from within or without the LGBT+ community.

Be safe, be kind, be proud, be you, and be free to shine brightly.