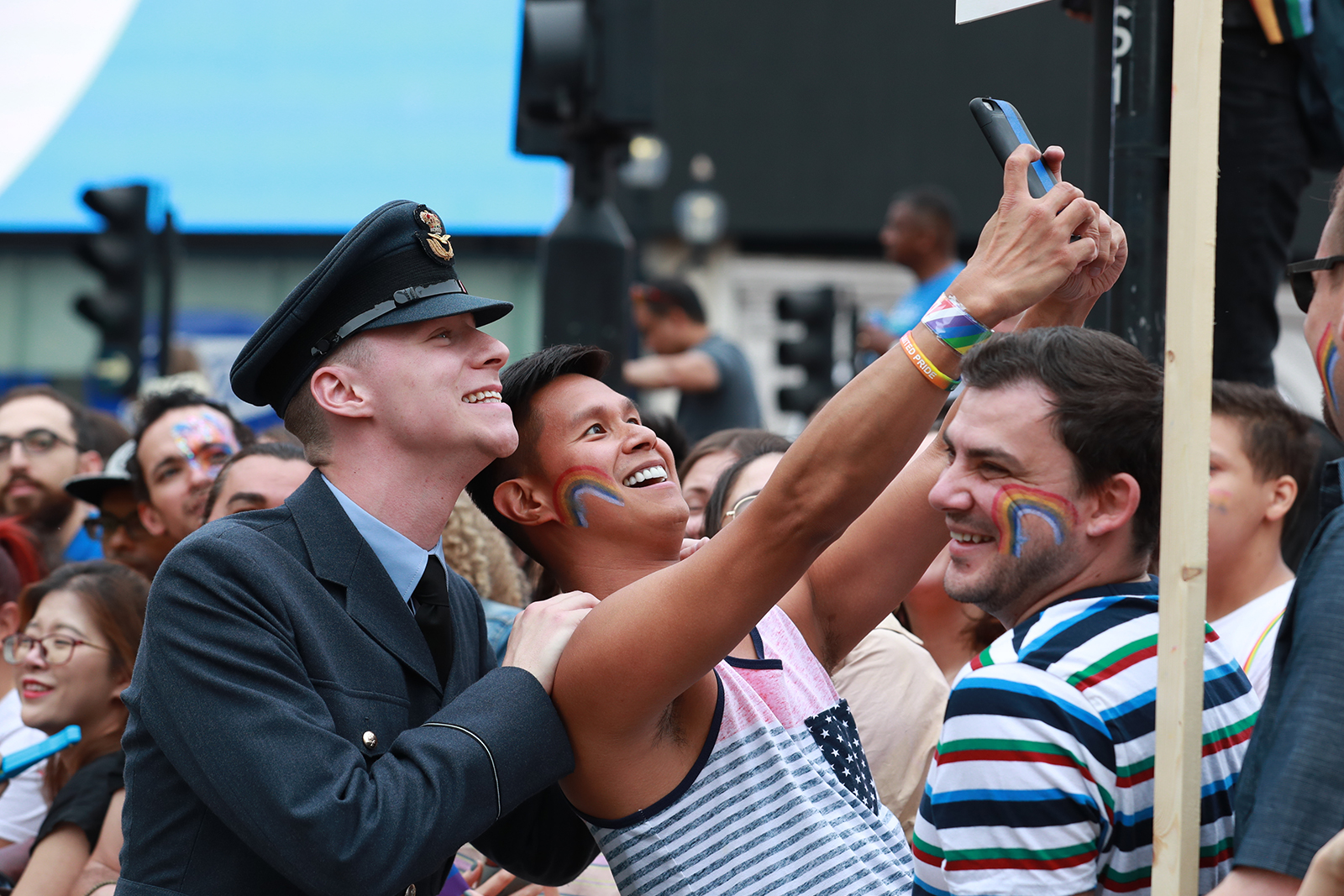 It’s very positive, I’m happy and comfortable to be who I am in the RAF. I joined in 2005 and it was harder to begin with: I didn’t feel that comfortable but I made the choice to come out at work and nothing bad happened. I’m still here!

The RAF has a positive and proactive attitude to supporting people with different protected characteristics, especially LGBT+ people, but I think there’s a societal change as well: people who join up now are more open about their identity and just want to do a good job, so they don’t see it as a limitation or a problem.

Are your colleagues supportive of you?

They’re very supportive. Hand on heart I’ve not had one incident where I’ve felt the need to say anything unjust has happened. Initially, when I did come out it was a very stressful time, but I couldn’t have asked for more support. It really helped my self-esteem and mental health to have people around me that I could turn to and know I was going to get support.

The RAF has a positive and proactive attitude to supporting people with different protected characteristics, especially LGBT+ people.

What is the RAF LGBT+ Freedom Network?

The Freedom Network exists to support personnel who are LGBT+ in all aspects. For needs relating to any characteristic or even if you want to raise a family, there’s always someone in the network you can turn to for advice. We also have the knowledge to sign-post people to the right organisations or places. I am the Bisexual Pillar Lead, so I specifically support bisexual personnel and work to create a better environment in the RAF for them.

Have you ever taken part in a Pride parade?

I’ve taken part in London Pride and words can’t describe it really – it was such an amazing feeling to march in front of all these cheering crowds of people who were there to openly demonstrate their support for you and the people around you. The military involvement showed that they support us and understand the hard times experienced specifically because of our sexuality. It was wonderful, although it was a really hot day and our parade uniform in heat isn’t very comfortable!

Why is it important to celebrate LGBT+ pride?

This year is a milestone for us: it’s 20 years since the Ministry of Defence’s ban was lifted on lesbian, gay and bisexual personnel serving openly, so it’s also celebrating 20 years of people being themselves in the workplace. It must have been extremely difficult for those who were in the military before the ban was lifted; they must have felt so isolated and alone with normal day to day things like splitting up with partners but not being able to tell anyone about it. It’s important to remember what went on to encourage us not to go back in that direction. Although the military itself is very supportive, people in their own personal lives may not be getting that support so it’s about making sure that everybody feels welcome and included in their lives and the military.

What do you want to see next for the RAF’s LGBT+ community?

It sounds ironic but I suppose the RAF LGBT+ Freedom Network only exists to cease its own existence. If the world was perfect you wouldn’t need a support network, but that need is still there. There’s still a lot of misconceptions around transgender, non-binary and gender-fluid personnel that need addressing, so the network is still needed to push in those directions. Hopefully in 50 years or sooner there won’t be a need for a network, but that’s not on the horizon right now.