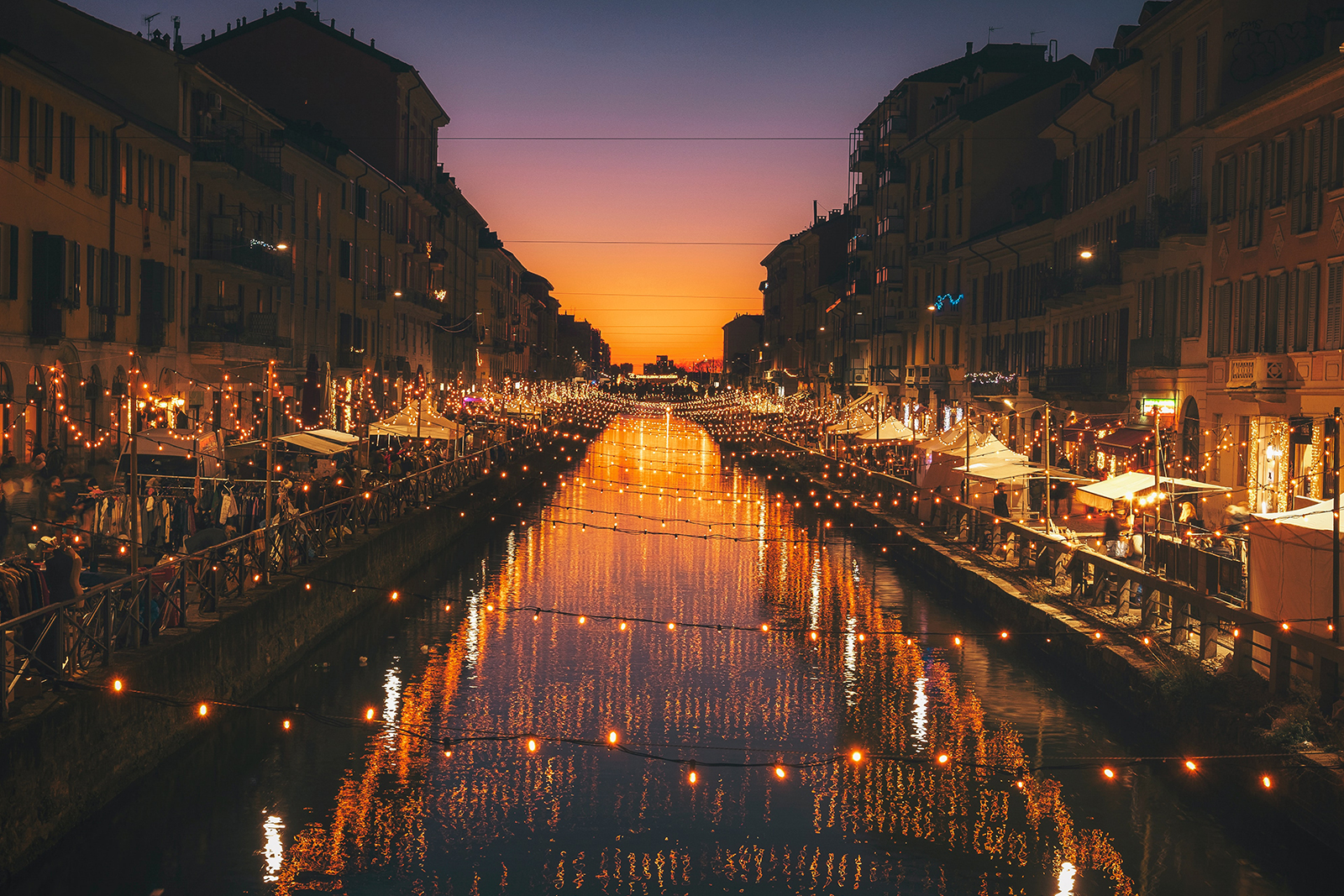 The Pride of HSBC

If Italy’s two principal cities, Rome and Milan, were equivalent to a possible date for an evening which one would you choose? The capital, with its sublime crumbling architecture is the beauty to-die-for, but the Holy See’s sobering influence might make him a bit of a bore. So maybe, the latter, the industrial powerhouse of the country where fashion is the religion, is the confident, chic individual you’d want to whisk away.

Situated in northern Italy and the capital of the Lombardy region, Milan can trace its history back to Roman times when it was known as Mediolanum. An ideal way to get an initial impression of the place is a rooftop tour of the magnificent Duomo di Milano (Piazza del Duomo, duomomilano.it). This cathedral, which is the beating heart of the city- major streets either radiate from or encircle it – technically still isn’t finished, even though it’s construction began in the 14th century! Once on top of this mammoth pink and marble edifice (it’s 158 metres long, 92 metres wide and 108 metres high), I was greeted by the most awesome vista: a ballerina-dress pretty confection of sculpture-topped pinnacles pressed against an azure horizon.

Although homosexuality has officially been legal in Italy since 1890, the pervasive influence of the Catholic Church – hypocritically, considering the huge number of clergy in the closet – is part of the reason it has traditionally been frowned upon even up until quite recently. Nonetheless, anti-discrimination laws in employment have existed since 2003 and same-sex unions were recognised in June 2016. In respect of the modern LGBT scene in Milan, it is fairly diverse and there are a number of exciting venues (a few are located in the charming Porta Venezia district). In fact, it’sthe nation’s leading gay metropolis and is on a par with ones in comparably-sized European municipalities.

With off-white interiors, a chilled vibe and an outdoor terrace, the heterogeneous Blanco (viale Tunisia 13, blancomilano.it) is a great watering hole to start off an evening. Its twentysomething to late-50s patrons imbibe, converse and smooch along to pop, lounge and electronic sounds – often put on by live DJs (open daily from 7.45pm – 2am).

For those eager to party, it’s impossible not to have fun at One Way (via Felice Cavallotti 204, onewayclub.it). In the north of the city, this discotheque may be slightly kitsch – think black and white squared floor and naked Romanesque statues- but there’s a more than welcoming bunch of sassy, mixed-aged regulars. Recent themed nights include “Rodeo” and “Man at Work”. And look out for their strapping go-go dancers. Also, mosey along to the best alternative shindig in town, the Glitter Club (via Torino 64). In their devilish red and gold (the sofas) environs stomp your feet to a playlist featuring indie faves, electronica and commercial hits, while mingling with an assemblage of vivacious, bearded Glitz Boys. Plastic (via Gargano 15), which is a Milan institution as it’s been around since 1980, is a similar type of bash in terms of concept and tunes. Even though Saturday’s jamborees are €25, it’s basically worth that just for the space-age lighting, awesome atmosphere, and assortment of cute, zany revellers.   Running since 2013, Milan Pride (milanopride.it) is a week of engaging activities and events towards the end of June that number a parade, movies, concerts, readings, theatre shows, workshops, debates, and sporting pursuits. Tens of thousands attended last year, with a key goal of the whole festival being to champion the value of diversity.

It would be as crazy as a person attempting to cut down a redwood with a penknife, if during your stop-over you didn’t try and see Leonardo da Vinci’s The Last Supper (turismo.milano.it). The iconic, nimbly-shaded portrayal ison the wall of the former Dominican convent of Santa Maria delle Grazie (Piazza di Santa Maria delle Grazie). For further evidence of this archetypal Renaissance man’s genius – until December 2018 – you can catch “The World of Leonardo” in the museum named after him (Piazza della Scala, leonardo3.net). It contains digitalised restorations of the Tuscan-born polymath’s paintings and life-size, operational models of a variety of his machines – the mechanical dragonfly, rapid fire crossbow, submarine, etc.

Milan is one of the big five when it comes to all things à la mode so check out the streets in and around the swankiest enclave, via Montenapoleone (and the splendid 1877-opened, glass-vaulted shopping arcade, Galleria Vittorio Emanuele II). Expect the usual suspects of designers: Armani, Comme des Garcons, Dolce and Gabbana, Missoni, Prada, and Versace. Yet, it’s not just the price tags in these stores that might make one weep, as in the country that invented the opera, this metropolis has its most famous venue, la Scala (via Filodrammatici 2, teatroallascala.org). After watching a performance from one of its six rows of gilded, tiered balconies, as with your entire sojourn in Italy, all you’ll be able to utter is bravo!