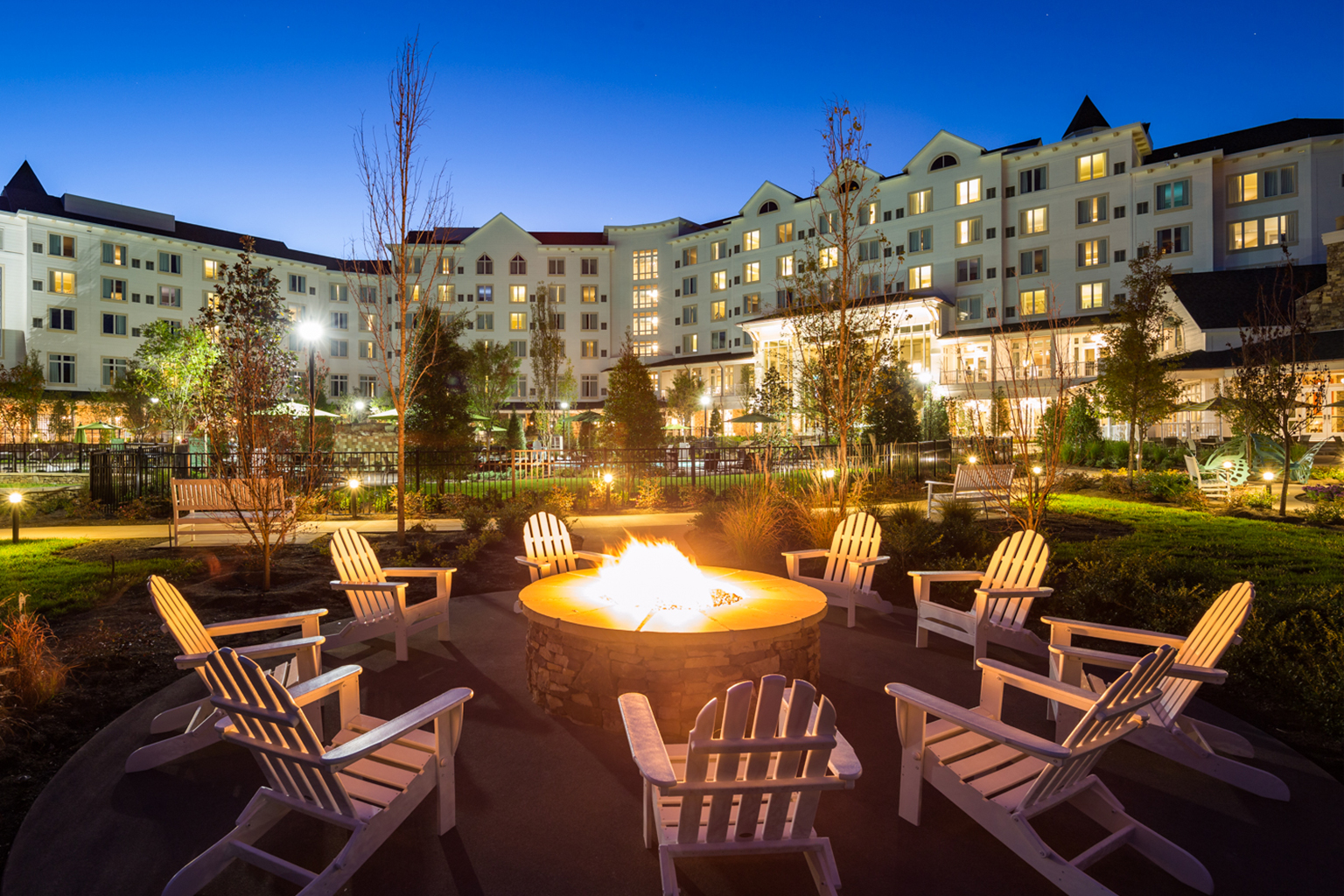 Piemonte Home to your Dreams

I’m sure most other gay people will agree with me that Alabama isn’t the first place you’d choose to start a honeymoon with your new same-sex husband. It’s not exactly a state noted for welcoming diversity and advocating progressive thinking. Even their school biology textbooks are required to have a disclaimer stating that evolution is a “controversial theory, not fact” and that students should consider “unanswered questions” about the origins of life. Alabama is full-on Trump-supporting/ Bible Belt/ Footloose country and yet we did indeed start our honeymoon there.

I should make it clear, this wasn’t out of choice, but the result of a series of unfortunate events that some of the pastors around those parts would love to use in one of their fire and brimstone sermons. You see, as we were packing our cases to leave for our honeymoon in the Bahamas (we’d planned to go to that little island from the Expedia advert where you can swim with pigs) we heard news of a hurricane causing devastation in Haiti and the Dominican Republic. And the Category Two hurricane was heading for the Bahamas and the Florida coast. Not a good thing to hear when you are about to board a plane for Orlando.

Now, I’ve spent years making fun of religious fanatics and rogue UKIP candidates who have blamed extreme weather on gay marriage. After all, you never see Soho or The Castro or Sitges or Brighton flooding; although I do apologise if that suddenly happens before we go to print. However, the last thing I saw on my mobile phone before switching to flight mode was Hurricane Matthew (yes, a Category 5 hurricane with my actual name…) heading right for our holiday destination.

Arriving in Orlando we were advised to evacuate. Or if we really wanted to stay in the hotel we would need to sign a lengthy disclaimer and baton down the hatches. They even advised us to fill a bath tub with ice and water to keep food fresh for as long as possible, as power was likely to be lost, every store would be closed and we might not be able to get any supplies for days. Even the Walt Disney World resorts were closing, which had only happened at the theme parks four times since Disney World first opened in 1971 (and all for hurricane-related weather). Note: Hurricane Irma actually forced it to close for the second consecutive year in September, suggesting that Trump’s climate change denial is as intelligent as most of his other policies.

After watching the news and seeing the hurricane batter the actual hotel, we were supposed to be staying at in Nassau, with most of the guests being forced to take shelter in the hotel’s ballroom, we decided to hire a car and get the hell out of Dodge. Well, Kissimmee, actually and not quite as fast as we would have liked. While there are actual hurricane routes out of Florida, when two and a half million other people have the same idea, the interstate resembles something from a particularly slow-moving young adult dystopian drama, with refugees in overpacked cars all stuck in a queue.

The other thing that happens when people are evacuating a state, is that every hotel in the neighbouring states start to fill up. So, when we finally reached Georgia, there was no room in the inn (either Holiday, Days, Fiesta or otherwise). The nearest place we could find with vacancies on any accommodation apps was in town called Summerville, on the border of Alabama. And hence how we started our honeymoon with a redneck proprietor telling us he only had one bed left and making a joke about putting pillows between us in case anything accidentally happened. I’d have usually walked out, but I was monumentally tired and desperate for a bed.

Alabama is spectacularly beautiful, with the warm southern hospitality working in direct contrast to the undercurrent of bigotry that apparently exists. Not that we saw a single sign of it. People just loved our accents and demonstrated an alarming lack of world geography in equal measure. And we loved their accents too. We visited a charming artist community called Menton and swam in an amazing water hole called DeSoto Falls.

That evening we headed to a local diner in Summerville called Jim’s Family Restaurant, where the entire menu was fried. It’s the sort of place the entire Walton Family would make their way down from the mountain for their annual family feast. It also had one of the best Trip Advisor reviews I have ever read: “I’m never going here again, they have banned guns. I’m not eating in a place where I can’t protect my family.” She had a point. What sort of family restaurant doesn’t let you pack weapons, just in case there’s a shootout over the size of the fried chicken wings?

It was while sitting there, eating something called fried Hushpuppies (neither the waitress nor anyone else in the restaurant could tell us what the mysterious fried balls were made from) that a plan began to hatch. The young girl serving us sounded a bit like Dolly Parton. The country singer has a theme park called Dollywood. We had always joked we were going to get married in Dollywood. Okay, then let’s go there for our honeymoon. Dolly Parton loves the gays and we love country music. And rollercoasters. Yeehaw!

So, the next day we made the 180-mile drive to Pigeon Forge in Tennessee, via Chattanooga and actually following the route of the famous choo-choo. It’s a stunning drive through some gorgeous countryside that has inspired endless country songs. There were charming towns, attractive farms, trees turning to autumnal hues and so very many churches. And the only thing spoiling all that beautiful nature as we climbed towards the Smokey Mountains were frequent signs with bible quotes or ominous warnings: “Hell! You’d Forgotten About That, Hadn’t You!”

Arriving in Pigeon Forge where Dollywood is based, was a bit surprising. The tiny village we were expecting (made up of saw mills and rustic shacks and rocky creeks where entire families bathed), turned out to be a country music version of Vegas. We were met with chain hotels and attractions including The Hollywood Wax Museum (with a huge King Kong climbing a skyscraper) and The Titanic Museum, featuring a replica of the ship you could explore. Fortunately we’d booked to stay in a romantic mountain lodge in nearby Wear Valley, right out in the sticks and properly in the foothills of the Smokey Mountains. And much closer to what a lifetime of Dolly Parton lyrics had promised.

“A Love Nest Cabin” was charming and rustic, with a four-poster bed and fireplace in the lounge and a hot tub on the wooden deck. It oozed country charm, with a framed welcome photo from Dolly on the wall (we think the owners may have faked her writing and signature) and the warnings about black bears just adding to the rural charm. It also proved to be the perfect base to both dip into the touristy fun of Pigeon Forge and the far more authentic and charming scenery of the Smokey Mountains we’d been expecting.

Obviously our first expedition needed to be Dollywood itself and the reason why the area is such a tourism mecca. And I’m delighted to report it was as camp and fun and cheesy and ridiculous as you might hope. It’s a theme park recreation of an idyll that may or may not have ever existed, with shows and rides and the chance to see Dolly’s clothes and even explore her tour bus. The rollercoasters are also unexpectedly impressive as well. Our visit also coincided with the Southern Gospel Jubilee, which meant we were surrounded by perfectly branded families of country music singers, with matching cowboy shirts and glistening white teeth and CDs to sell.

Our evenings were spent venturing into town to enjoy some amazingly cheesy shows. One highlight was Dolly’s Lumberjack Adventure, where the audience were divided to support one of two rival lumberjack families, who proceeded to compete in a range of logging challenges. With a Dolly Parton soundtrack, they chopped logs and climbed trees and danced and sang before the grand finale, when the floor was rolled back to reveal a pool and the daring lumberjacks took part in a log rolling contest. And all while we were being served home-style chicken and mash and the teetotal family at our table glared as we ordered more beers.

We also visited the Smoky Mountain Opry, a country music and variety show, which may very well be the campest stage show we have ever seen. It was like the world’s most outrageous am-dram director had been given an unlimited budget, featuring flying musicians, burning pianos, a flooding stage, doves flying over our heads and real lions and tigers during a Lion King tribute – not cool, we know. However, it was during a ‘We Love America’ section of the show, where things really started losing the plot. Everyone stood up and put their hands on their hearts (we thought we might be shot if we didn’t join in) while waving US flags and red, white and blue light sticks. We mimed along to the medley of patriotic songs (pretending we knew the words) while lasers and pyrotechnics lit up the stage.

Dinner shows aside, the real highlight of our unexpected honeymoon was exploring the incredible countryside where Dolly grew up. Dollywood has a replica of the one-room cabin where the singer grew up, but we went on a mission to Locust Ridge to find her real childhood home. Things didn’t go quite as planned as we found ourselves being chased up a dirt track by the present owner and his dog, like something out of Deliverance. It didn’t stop us from taking a Dolly Dip in the creek where she used to swim as a child, obviously singing Island’s in the Stream as we did.

By far our favourite day out was a hike to Abrams Falls, which is located in the 11-mile historical Cades Cove loop drive. Along the way you are able to visit preserved homesteads and enjoy stunning views of the mountains. It’s was then a 2.5-mile hike to the falls, while keeping an eye out for black bears, ground hogs, coyotes, skunks and raccoons. Swimming at the falls was idyllic and could easily have inspired me to write a country song of my own.

Walking back through this country paradise, we mused on what an unexpected honeymoon this has turned out to be and we couldn’t have planned it any better. Thanks Dolly Parton. And Hurricane Matthew. Sometimes it’s good to go to wherever the wind takes you.