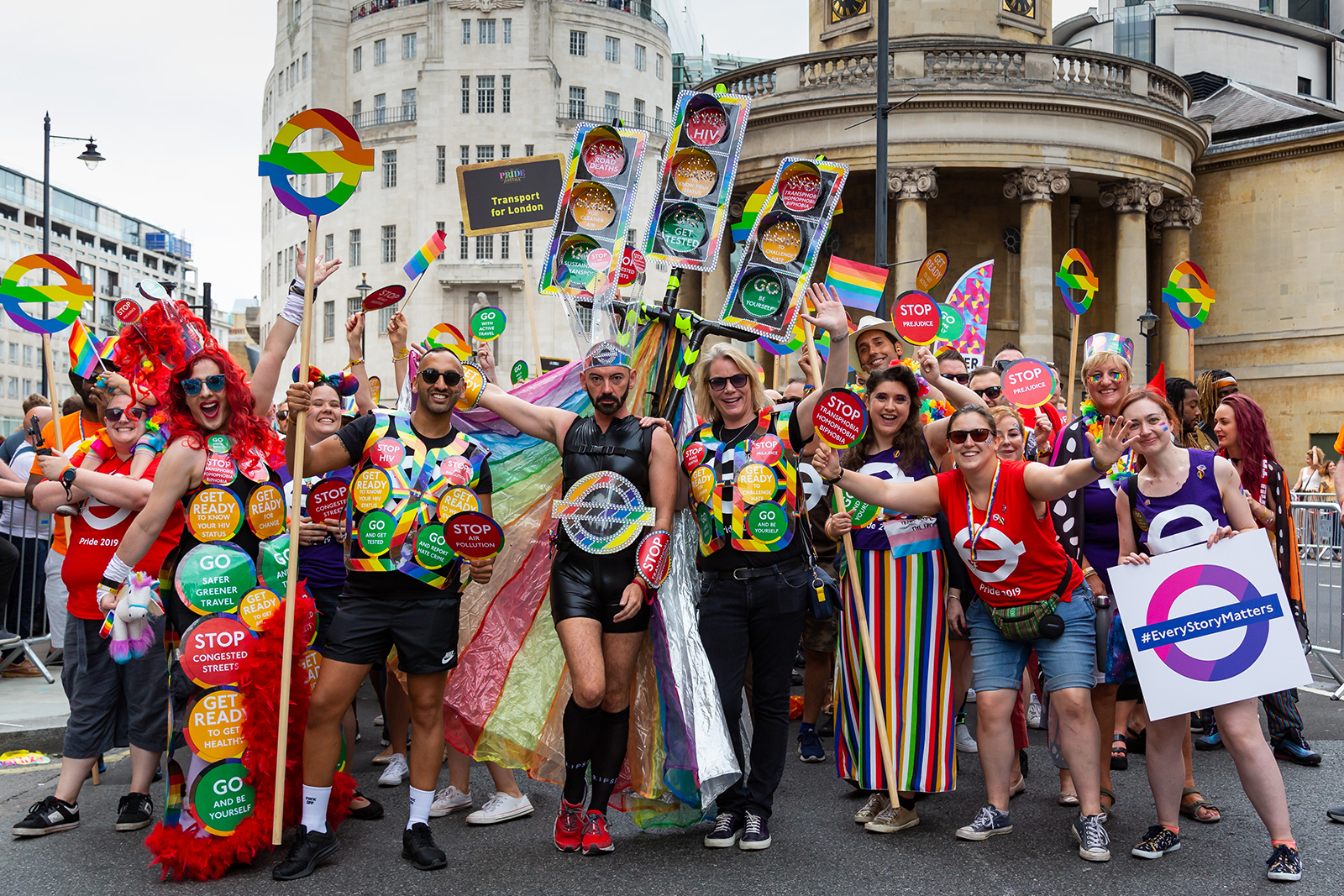 Flying high and proud with the RAF

Year on year Transport for London evolves and grows its commitment to diversity and inclusion. Ensuring we have a workforce that is as diverse as London helps us to better serve London but only if we have an inclusive culture where LGBT+ staff feel included.

OUTbound, our LGBT+ Staff Network Group, helps us to identify and address any barriers for LGBT+ staff and through our commitment to Pride we also demonstrate to our customers that we care.

This year the members of OUTbound took part as a group in celebrations beyond the Pride in London parade on 6 July.

Following workshops and a survey of members the suggestion was to use #everystorymatters for 2019 as everyone recognised that life is a journey and everybody has a story to share. This also played on TfL’s corporate message of #everyjourneymatters. The parade float also supported the Mayor’s Healthy Streets agenda with key messages, such as reporting hate crime, safety on the network and health in your personal life.

OUTbound operates a safe environment for employees who want to raise issues but also managers who want to understand how best to support their employees to be authentic at work.

As part of the Pride celebration OUTbound requested that the rainbow roundels include brown and black stripes to the design recognising the intersectionality of Black, Asian and Ethnic Minority members of the LGBT+ community. This revamped design was included and widely praised after its launch. After successfully including the trans flag roundel on the network in 2018, the pink, purple and blue stripes of the bi flag were incorporated to bring the Pride Roundel family up to three designs. A publicity campaign showing 40 LGBT+ staff and allies describing what Pride means to them was displayed at four locations around London, with only one location in Central London.

Beyond the main events of Pride in London, OUTbound members participated in UK Black Pride at Haggerston Park, Croydon Pride in Wandle Park, Bi Pride UK in Hackney. These smaller celebrations allow members to connect more closely with the customers they represent, away from the crowds of Central London.

Throughout the year, OUTbound works with TfL’s Diversity and Inclusion Team to review policies, procedures and guidance. They act as a sounding board and promote best practice internally and externally, holding events each month for staff to meet, engage and build their own networks. Working with other organisations and Staff Network Groups they are able to aid, support and share their best practice and ideas.

The leadership team and the members of OUTbound continue to educate, promote and communicate the core message of inclusion, respect and involvement. Activities include organising talks covering gender and identity, film nights, pub quizzes, providing guidance on the use of pronouns and quarterly meetings for their members and allies to give feedback. The team are keen to expand their allies’ network and work with external LGBT+ organisations and staff network groups to partner up for future events.

OUTbound operates a safe environment for employees who want to raise issues but also managers who want to understand how best to support their employees to be authentic at work.