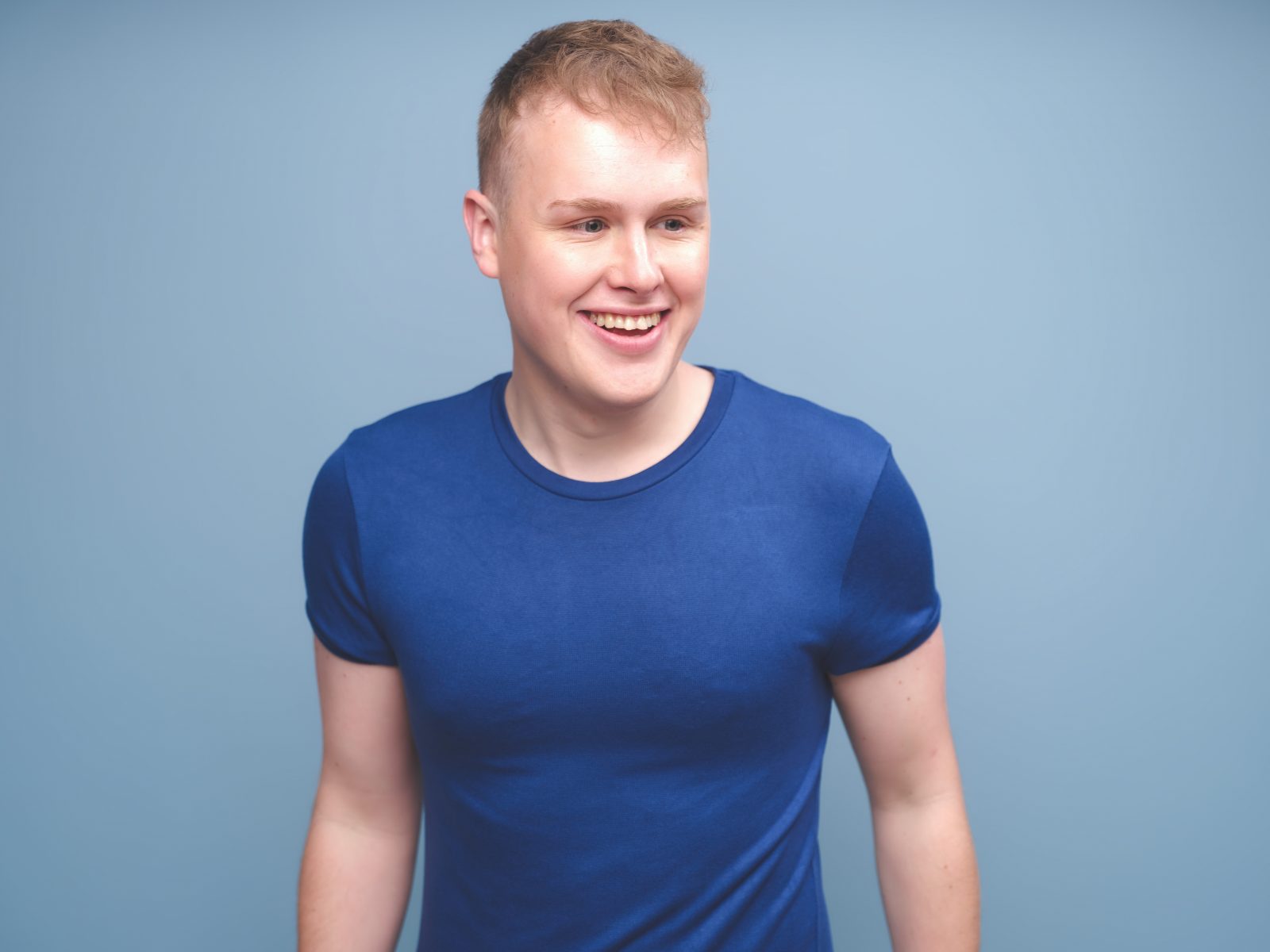 There’s No Off-Season For Inclusion.

Josh Jones is what is a former generation of gays might have called “a camp,” writes Cary Gee.

Is he bothered? Not in the least. In fact it’s his calling card. !I have a very gay voice,” he tells the audience in the smallest of Soho Theatre’s three spaces. No shit! But don’t make the mistake of thinking this charming 29-year-old Mancunian, who possesses the kind of smile that can light up your whole day, is some kind of pushover. When you have honed your craft in northern working men’s clubs you need balls. Jones has a pair and doesn’t shy away from discussing them, but first, he warns any would-be hecklers: “If you run your mouth off I will stick my cock in it.”

Jones does a great line in self-deprecation and has clearly gained in confidence since giving an interview to the BBC, which he replays this evening, in which he erroneously admitted to never having seen a carrot before, then risks alienating his neighbours in the north-west by quoting from from a survey that claims people from Liverpool are the “most aggressive and unintelligent so if you react as a Scouser you just prove the survey right!”

There are plenty of laugh-out-loud anecdotes relating to various injuries he has suffered; fingers, nipples, you name it, but Jones is at his best when recalling the privations all young gay men are subjected to along their coming out journey, including an hilarious evening spent at a leather fetish festival, which “smelt like August in DFS.” “How my life has changed.” he reflects afterwards.

In fact, sex, and in particular the double standards that apply when straight people have it, is something of a preoccupation for Jones, who delights in discussing his subject in forensic detail. “I’m going to stop talking about dicks now and move onto testicles,” he forewarns at one point.

This scattergun approach and quickfire delivery sometimes leaves Jones looking at though he can’t quite remember himself what comes next. Is it the story about how he used to be a vegan before he was bitten by a dog? Or the one about struggling with dyslexia at school? Maybe it’s how his attempt to gain employment as an Uber Eats driver ends when he bursts into tears, eats the pizza he is supposed to deliver and deletes the app?

Well, thank goodness he did, or we’d be deprived of one of the most engaging, not to say funniest young comics on the scene. I can’t wait to see what he does next.

Josh Jones: Waste of Space is touring the UK now.