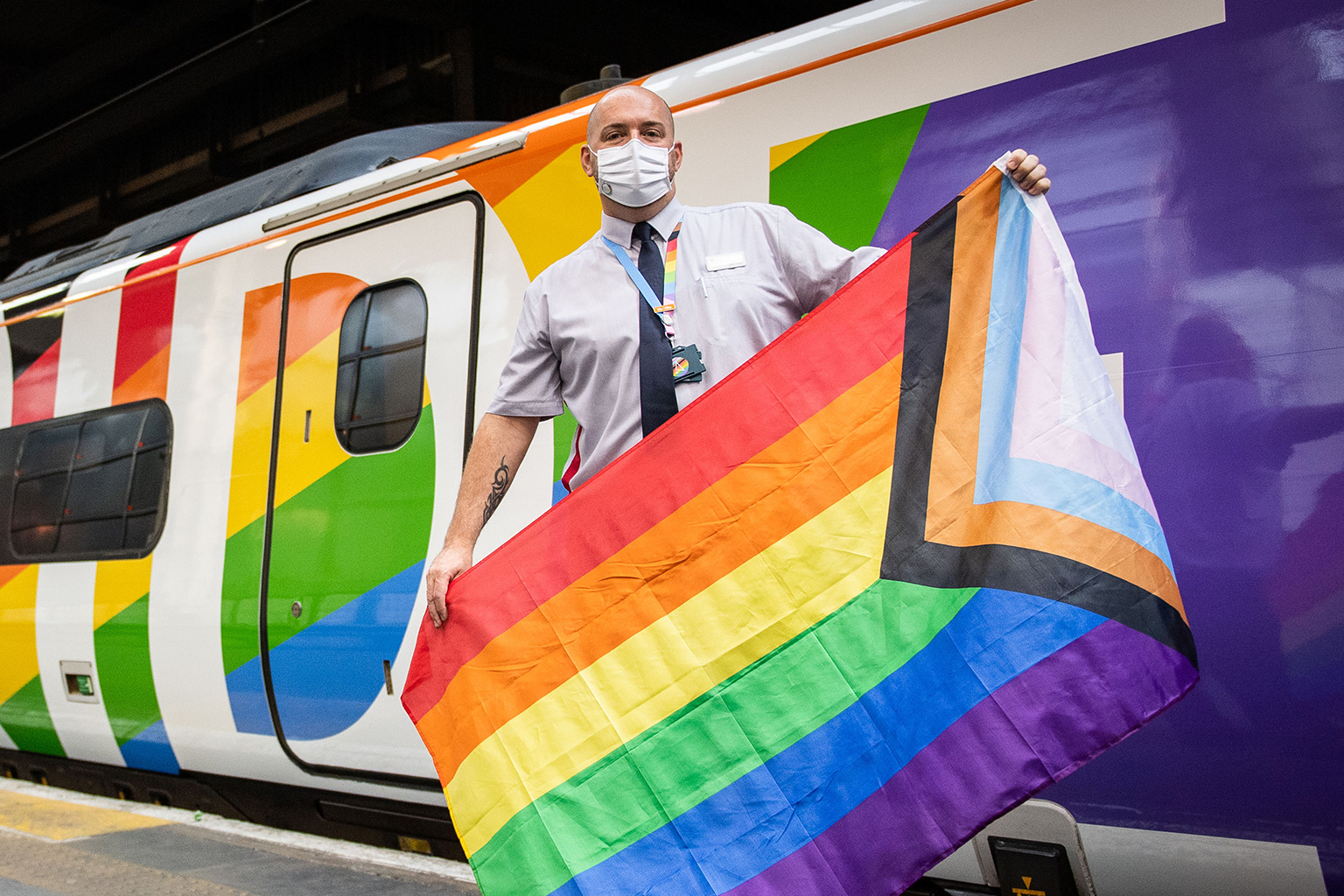 After Covid-19 forced the cancellation of Pride events across the country, which Avanti West Coast had planned to support, the intercity rail operator has completely wrapped one of its iconic Pendolinos with the progressive Pride flag.

The train operator has adopted the most recent iteration of the Pride flag which sees the addition of the colours black, brown, light blue, pink and white to bring people of colour, transgender people and those living with or who have been lost to HIV/AIDS to the forefront highlighting  Avanti West Coast’s progressive commitment to diversity and inclusion.

Billed as the biggest Pride flag the UK has seen on the side of a train, the 11-carriage, 265 metre-long train will be waved off by Avanti West Coast staff and members of the LGBTQ+ community at Euston and will be welcomed in at Manchester Piccadilly station on Tuesday 25 August.

The service was staffed by a LGBTQ+ crew  as a one-off for the launch of the Pride Train.