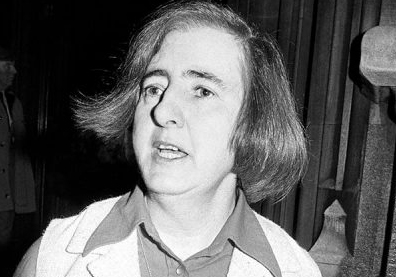 Tributes have poured in for Maureen Colquhoun, the former Labour MP and the UK’s first openly lesbian MP, who has died at the age of 92.

Colquhoun was member of parliament for Northampton North between 1974 and 1979 and campaigned for the liberalisation of the abortion laws and the decriminalisation of prostitution. With the Balance of the Sexes Bill, she also fought for equal representation for women on public bodies. However, the Bill was not passed. She also advocated the removal of British troops from Northern Ireland. She also demanded of the then Speaker of the House that she be addressed as “Ms” and not “Miss” of “Mrs”.

She came out as a lesbian in 1975, after the Daily Mail revealed that she had left her husband for Babs Todd, the editor of Sappho magazine.

There were some unsuccessful attempts to deselect her by her constituency party but, as she told Gay News in 1977, “My sexuality has nothing whatever to do with my ability to my job as an MP.”

Of her relationship with Todd, she said, “There was never, not once, ever any attempt to hide our relationship, and I have always sought to give us status as a couple, for I believed it to be, as I do for all gay relationships, as valid and as entitled to respect as any other relationship.”

Labour Leader Keir Starmer said of Colquhoun that she was a champion of women’s rights who “faced awful discrimination, including from within our party, but her courage paved the way for all those who came after.”

Deputy leader Angela Rayner said that Colquhoun had suffered great prejudice and indignity simple for being who she was and that “the fortitude with which she withstood the abuse she received is testament to her strength of character.”

LGBT+ Labour said that they were “truly sorry to hear about the passing of the UK’s first openly lesbian MP, Maureen Colquhoun, who represented Northampton North in the 1970s. A champion of women’s rights, she faced a hostile press when she was outed against her will. Her strength will be remembered.”