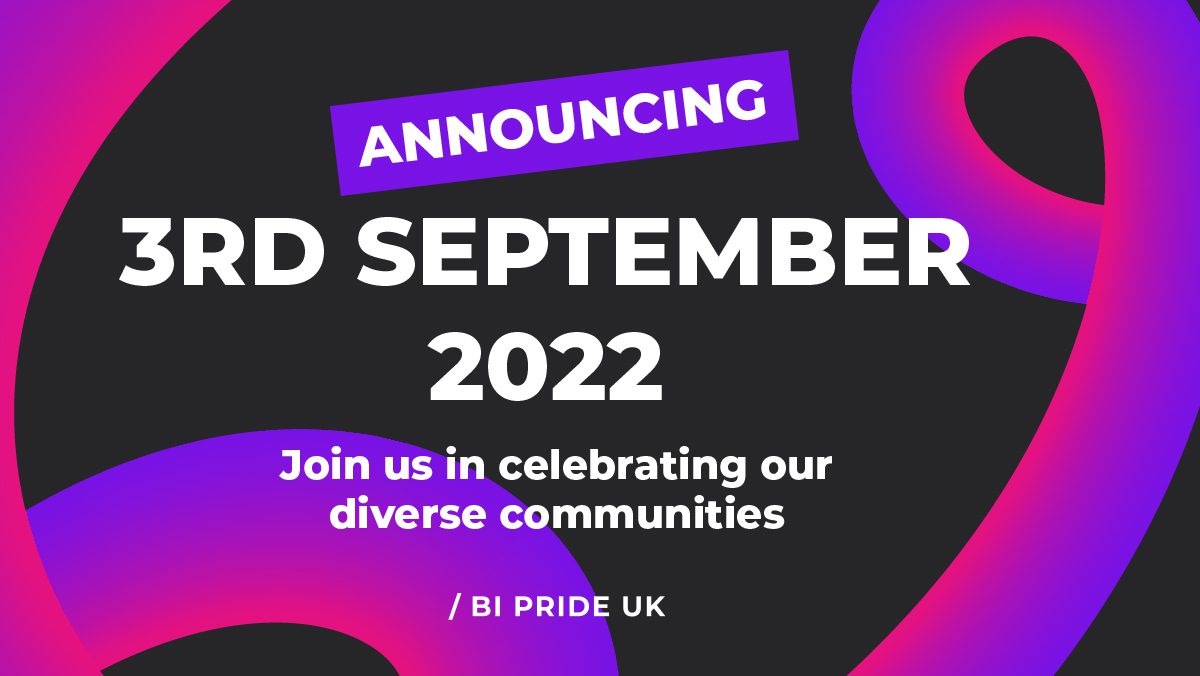 On Saturday, we celebrated Bi Pride UK at The People’s Palace, Mile End (located in Queen Mary University of London.) Both Bi-Pride UK stages were live streamed, offering accessibility for those unable to attend in person. You can catch up on many of the performances on Bi Pride UK’s Facebook page!

Our highlights came from comedians Jen Ives and Kemah Bob.

Jen (who has written for BBC Radio 4 Extra, Dave, Pulped and both written for and starred in works for HatTrick Productions and Channel 4) performed a work-in-progress run-through “PEAK TRANS” which focuses on the growing “gender critical” movement in the UK.

Comedian, writer and producer (from Houston, TX now based in London) Kemah’s set centred on her Black cultural identity, mental health, sexuality, gender, healing and well-being. It was clear to see that she uses entertainment as a tool for enlightenment and empowerment.

The I Am Proud stage included insightful conversations and dialogues on themes including religion and spirituality in the multisexual community and #BWithTheT: Exploring The Intersection Between The Trans And Multisexual Communities.

The Community Hub was a great space to relax and connect while perusing the stalls set up by bi clubs and LGBTQI charities, alongside the brilliant Bi Book Fair.

In addition to all of the terrific festivities, Bi Pride UK provided The Remembrance Space to honour members of our community who have sadly passed away. All were invited to bring along a photo or written tribute for a loved one or were welcome to spend time in this dedicated special space for pause and remembrance.