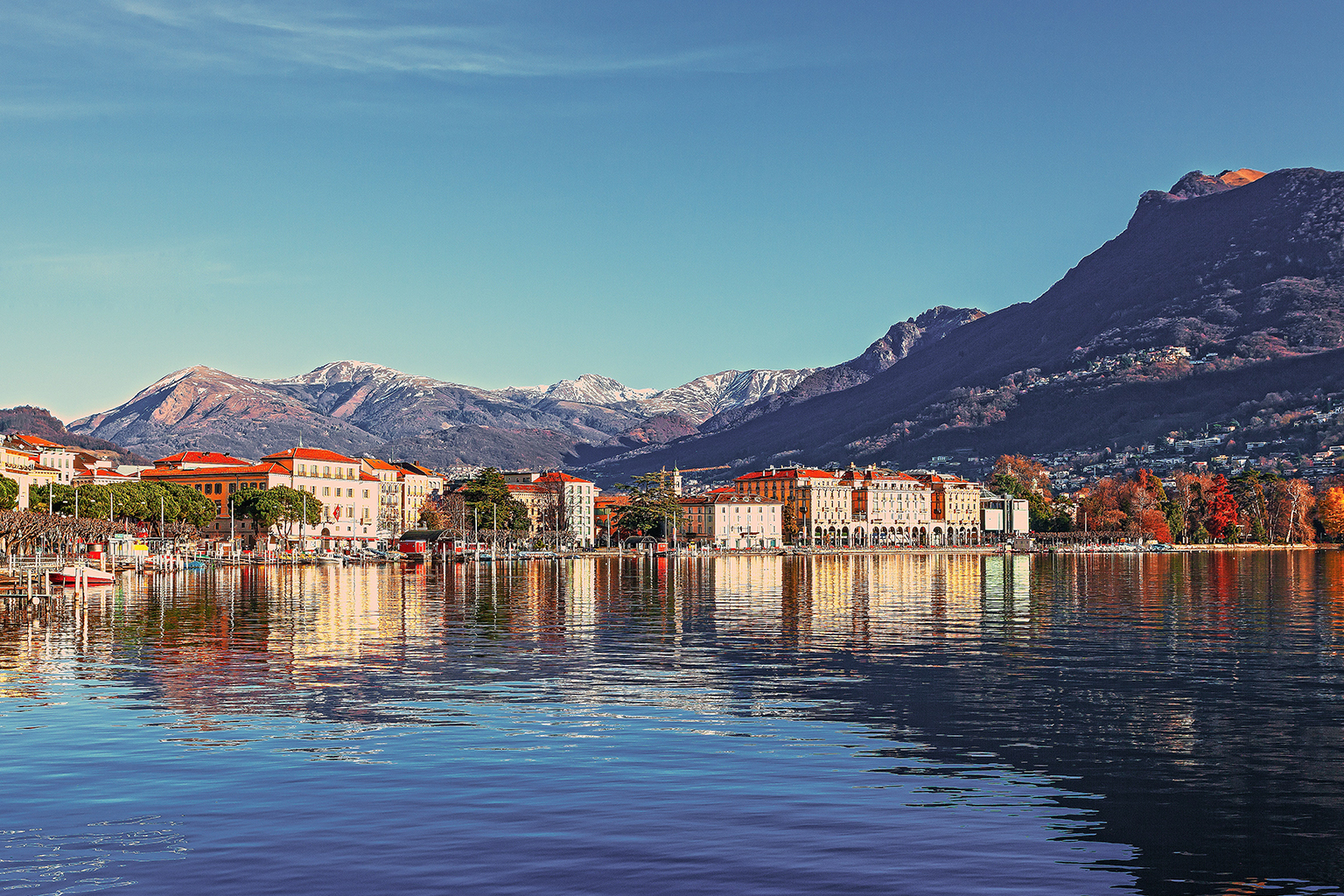 In truth, however noble the latter may be, neither of these two attributes would put Switzerland’s second largest city in terms of population (195,000) on the average person’s bucket list. Yet, when one digs a little deeper, you find a place that’s a fascinating melange of bars, restaurants and cafés; quirky neighbourhoods and idyllic areas; and museums and galleries.

Although Geneva, which is actually split into eight districts (quartiers), can trace its roots back to Roman times, the oldest private residence in the metropolis is Maison Tavel (Rue du Puits-Saint-Pierre 6,). Initially fabricated in the 1100s but rebuilt after it was devastated by a fire in 1334, it’s now the engaging Museum of Urban History and Daily Life.  This five-floored venue opens up a window into the past through a smorgasbord of exhibits and original objects from the medieval era up until the nineteenth century: maps, paintings, furniture, and even the blade of a guillotine. Notwithstanding, maybe the highlight is on the third level, the Magnin relief- a stunning, mid-1800s, 3D model of the cityscape. Just a 10-minute stroll away, so also in Old Town (Vieille Ville) – a charming milieu of snaking cobbled roads and picturesque squares lined with antique dealers, galleries and taverns – is the impressive Cathédrale St-Pierre. Situated at Place du Bourg-de-Four 24 (cathedrale-geneve.ch), as well as having a Neo-Classical main façade, this 12th-century-constructed edifice is blessed with a slate-green spire that’s so imposing, it looks like it’s trying to crack through the heavens. The cultural significance of this temple cannot be overstated, due to the fact that John Calvin used it (and the small next-door chapel) as a HQ to expand the Protestant Reformation. In the basement, there’s a must-see archaeological site that illustrates (using models, graphics, and audiovisual displays) how Christianity developed in this region, being that it contains the remains of various preceding churches – the earliest one dates back to the 4th century A.D. Of particular note down here are Roman ruins, monk’s cells and an amazing Allobrogian tomb.

As Geneva is on the northern shore of the lake it gave its name to (also known as Lac Léman), you’d be as crazy as a department store that hired a kleptomaniac as a security guard if you didn’t have a stab at several water-based activities. Of course, there are the usual suspects: kayaking, swimming, tubing, wakeboarding and windsurfing, etc.  Nonetheless, top of the list and perhaps the ultimate in relaxation, is to go boating in the dizzyingly blue calm of the aforementioned liquid expanse (genevaboats.com). Fish for trout, pike and perch or hire another type of vessel (from the same company) and sail, yacht or cruise – a three-hour trip along the river Rhône past enchanting historic villages is to die for.  To glimpse the same scenery from a different vantage point, it’s possible to glide through the skies in an air balloon (ballons-du-leman.ch). The wind will ruffle your hair as one races up to 2500 metres in a sixty-minute “Discovery Flight”, and, as you are in an open basket with a 360° view, expect to see a striking collage of rivers, villages and even mountains. Yes, the Swiss Alps are merely about an hour’s drive away, giving one an opportunity to take an excursion to the uber-ski resort Chamonix (chamonix.net). As well as hurtling over the immaculate piste, try canyoning, dog sledding, hiking, horse riding and snowshoeing.

In 1815, Geneva finally joined the Swiss Confederation. Partly as a celebration of the 600-year formation of that entity, which was a precursor of the modern state, Jet d’Eau (Quai Gustave-Ador) was erected in the Lac Léman district in the eighteen-nineties. To suggest that it’s simply a water fountain, is like saying a great white shark is only a fish; this mega-super spurter shoots 500 litres of liquid per second up to an altitude of 140 metres. Nearly just as much of a spectacle can be observed in Quartier des Grottes, where there are a number of irregularly- fashioned residential properties, “les Schtroumpfs” (1982-1984), that are emblazoned with such an amount of colour  they wouldn’t look out of place in a remake of The Wizard of Oz (1939).

About a ten-minute tube journey away is the quintessentially, quaint quad, Plaine de Plainpalais. Grab a Felsenau Bärni, a Quöllfrisch or a Schützengarten (Swiss beers) then sit back and relax, as this diamond-shaped parade is dotted with a slew of eclectic, cosy bars – Le Ferblanterie, L’Etabli, Barbershop and so forth. This area is also bustling because it serves as a farmers’ and then a flea market, every Saturday and Sunday respectively.

In a world that seems more troubled than ever with I-guarantee-you-there’s-no-problem-with-my-schlong-size Trump in the White House, the heightening of climate change, an ongoing refugee catastrophe and an increase in terrorism inter alia, Geneva is the headquarters of a couple of important global organisations that are attempting to tackle humanitarian crises. Firstly, the International Red Cross and Red Crescent Movement showcases the valuable work it does in its thought-provoking museum (Avenue de la Paix 17, redcrossmuseum.ch). A standout is the permanent exhibition, whose trio of sections – Defending Human Dignity, Reducing Natural Risks, and Restoring Family Links – draw attention to some of the gravest challenges facing society. Also of interest is On the Spot, which demonstrates this public-spirited body’s current campaigns and operations. Not to forget the meaningful retrospective The Fight Against AIDS in Images (until 7 January 2018).

Secondly,literallya meander halfway into the adjacent Ariana Park, another unique experience is to be had in the United Nations building, Palais des Nations (unog.ch). Constructed in 1925 in a classical style, a tour inside this sandy-shaded limestone behemoth – it’s 600 metres long and has over 2,800 offices – includes the extraordinary José Sert-muraled Council Chamber, where many crucial negotiations have occurred in the past; the Human Rights and Alliance of Civilisations Room; and the bronze-doored, bas-relief-decorated, 2000-seater Assembly Hall.

When it comes to LGBT rights, traditionally Switzerland is one of the most liberal countries on earth: same-sex acts between adults have been legal since the early 1940s, and the age of consent was equalised in 1992. Nevertheless, it’s fair to say that, in respect of a gay scene, Geneva can’t rival a bigger metropolis. But there are one or two worthwhile venues. Although it’s slightly on the wrong side of kitsch – envisage mirror balls, overbearingly glitzy lighting and plastic palm trees – Le Déclic (Boulevard du Pont d’Arve 28, ledeclic.ch) is still an interesting experience. The oldest non-heterosexual bar in town, its garrulous 20-to-40 crowd guarantees that there’s a friendly atmosphere. Don’t miss their croon-your-heart-out karaoke nights every Friday or a beverage list that’s got over 120 tipples. Indeed, you’ll have an “Obsession” with their “Pom pom Boys” despite it being ‘Tabou’, to name three of the most exotic cocktails.

With vermilion walls, chandeliers and white sofas, new kid on the block Nathan’s Café (Avenue de Frontenex 34, swissgay.ch/nathan), which also doubles as a saloon, is a welcome addition to the city’s foodie establishments. While, for those of you with a kinky disposition, Cruising Canyon (Rue Dr Alfred-Vincent 15, cruisingcanyon.ch), as the name suggests, is a fetish club where all of one’s fantasies might be fulfilled!   Inside a space that amounts to 350m², expect to find a drinking area, maze, cabins and a dark room, etc. – they also put on theme parties.

If you think the future is now, there’s nothing more out-of-this-world than The European Organisation for Nuclear Research – better known as CERN (Route de Meyrin 385, home.cern). Roughly a half-an-hour tram ride out of town, this institution is famed for housing the Large Hadron Collider (LHC).  And one can learn all about what is essentially the planet’s most powerful particle accelerator – in effect, it’s a 27-kilometre magnet-containing ring that smashes atoms together at a rate approaching the speed of light – in a free interactive exhibition, Microcosm.

Switzerland is renowned for its eponymous watches, with Geneva especially being viewed as a global powerhouse when it comes to trendy, high quality models. The practice of innovation and excellence in this field dates back to the 1500s: Huguenots (French Protestants) escaping from religious oppression, brought their horological talents to what was a burgeoning settlement. A great place to catch sight of this remarkable heritage is the Patek Phillipe museum (Rue des Vieux-Grenadiers 7, patekmuseum.com) – it chronicles the more or less five-century history of the ticker.  However, if you do visit, as with the metropolis itself, you’ll be so absorbed that the seconds, minutes and even hours, will slip by in no time at all.

In 2017 and 2018, if one stays in a hotel, a youth hostel or at a campsite in the eponymous canton, you are given a Geneva Transport Card. It allows free public transit –buses, trains, trams, and yellow taxi-boats (mouettes), etc – for the duration of your vacation.

Located in the metropolis’ Latin Quarter, in two conjoined 19th-century buildings around an interior courtyard, this 4-star boutique is a gem.  The forty rooms have a minimalist aesthetic, and there’s also a small wellness centre with sauna and steam facilities, and weights and other exercise equipment. Rue Jean Violette 15, lacourdesaugustins.com