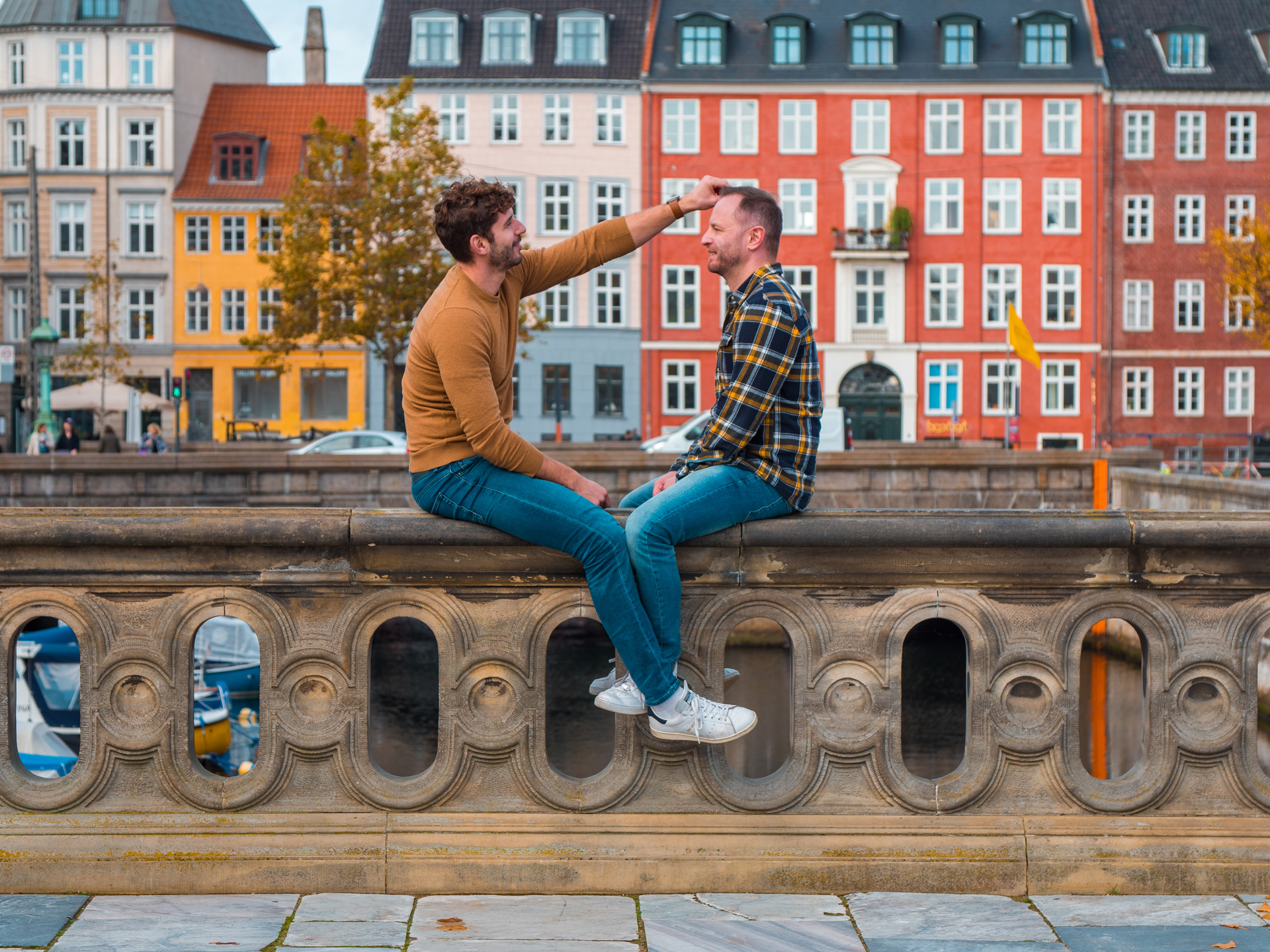 Quite diverse to be frank. I have studied history and history of art, been a farmer for a decade, have sung opera and been a school teacher. I started volunteering for Copenhagen Pride in 2005 and was elected Chair in 2013. Since then,

I have been in charge of developing and directing the organisation and leading the board. Bidding for WorldPride was actually my idea back in 2013, and in the organisation of the event, I have been in charge of all public funding and for Pride elements: receptions, open air concerts, marches etc. Anything really that doesn’t fall under the pillars of Human Rights, Sports, or Culture.

Why is Copenhagen a great place for LGBTI+ people?

Copenhagen is a friendly city with an open attitude. The city is relatively small, you could say it has human dimensions, here you can walk or bike to most places and people tend to know one another to a very high degree. The LGBTI+ community is therefore not a bubble of its own, but integrated in the city and generally people don’t pay much attention to the sexual orientation or gender identity of others – it is not a divisive issue, because we are all Copenhageners.

This also means that Copenhagen is a place where LGBTI+ folks feel relatively safe and where we are a respected part of the city’s life. I believe we have something that is quite unique – but for WorldPride it is not about us. Copenhagen is not the aim, but hopefully can serve as a tool for positive change around the world.

As a community, at least here in most of Europe, we have gained so many rights and freedoms – why is there still a need for Pride events?

Because new LGBTI+ folks come out every day, and any Pride is always someone’s first Pride.

Pride is the most accessible LGBTI+ event in existence, where all are invited to participate and to do so within their own limits or wishes. We also live in a time, where LGBTI+ rights are being challenged in many places – also in Europe, and we would be naïve to think that rights, once achieved, can be taken for granted. If history teaches us anything, it is that a constant attention to the status of minorities and to human rights is required, if we are not to experience an even wider backlash, than we do already. As activists, we can never allow ourselves to lean back and be complacent. Until we all have rights, we are all discriminated against.

What does Pride mean to you?

Standing up for myself in the world. Demanding respect. Being visible and impossible to ignore. A show of strength and defiance and a way to recharge our batteries by showing up for one another. As activists, we need to sometimes also remember self care, if we are to go on.

What is your best memory of Pride?

The person, who thought they would never dare to march, but who, through the sense of love and support, took their first step off the kerb and into the community as we marched by. The 9-year-old trans boy who told his mother: “This is the first time, I have been with so many, who are like me.” The youth in Copenhagen and in some of the marches in Eastern Europe and the Balkans who show so much courage when they show up and march – they allow me a lot of hope for a better future. Pride is very emotional to me – actually.