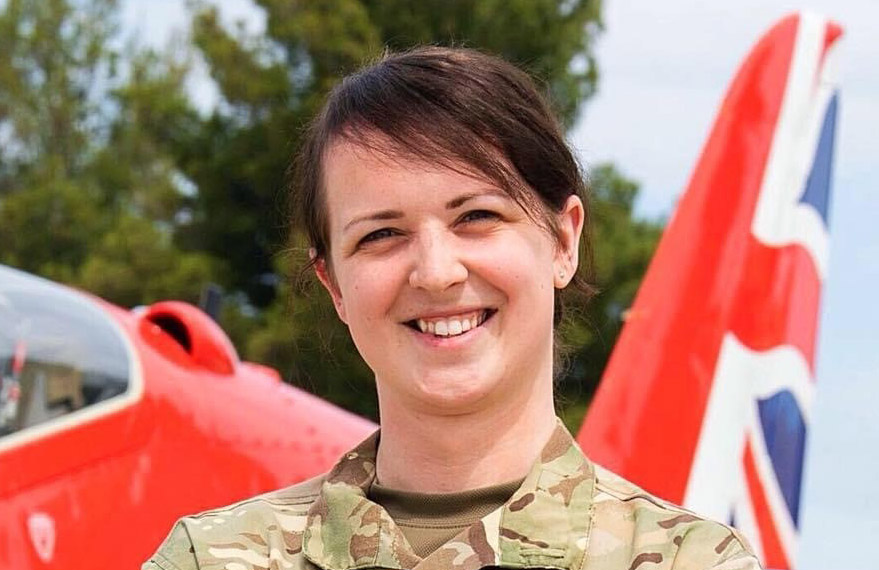 The RAF is a proud and pro-active supporter of LGBTQ+ rights and a dedicate advocate of diversity. In the first of a series of articles we take a look at what it is doing to further and support LGBTQ+ people in the work environment and beyond.

My name is Cpl Rachael Trimble, I am 28 years old and I joined the military at 17, and then at 23 I started my transition. Coming out as trans within the military at the time seemed hard, I had made so many friends over the years who knew me as a typical guy, even though I had put that persona on as a cover-up of who I really was.

The sudden change did seem daunting with the main thought in my mind being, will people accept me? I gave my boss two months’ notice of my transition start date and all my work colleagues two weeks’ notice. Prior to the two weeks’ notice, none of my friends knew a thing. My fears of not being accepted, though, were quickly quashed by the acceptance of everyone at my work.

It has now been over five years since I started my transition and, to date, I have never had any issues. The RAF has been more than accepting throughout my whole transition, I feel very grateful of how my process has went within my career.

To give you an example, when I moved jobs from Air Traffic Control at RAF Northolt to The Red Arrows Operations, there was no need to inform my new boss about me being trans, there was no need to have a chat with my new boss about my transition, I had no issues in being allocated a room within female accommodation; the whole process was just the same as everyone else starting their new role. I showed up to work as normal and did the job as normal without feeling singled out.

The only time I needed to speak with my boss about my transition was when I was given a date for Gender Reassignment Surgery. I didn’t feel uncomfortable at all speaking with them about it, both during and after the surgery, my work was making sure everything was going well and more than willing to help with any issues I might have had.

I believe one of the things that helps towards this accepting environment is the Diversity and Inclusion training which everyone in the RAF takes part in every year. The sessions provide the opportunity to discuss and educate on vast amount of topics, using lived experiences, in a safe space, facilitated by a trained practitioner. Having the opportunity to talk about inclusion and challenge our biases is so valuable and helps our personnel understand topics such as why the UK Equality Act exists to support those with Protected Characteristics.