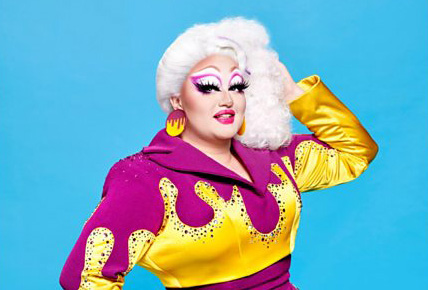 The third series of RuPaul’s Drag Race UK will feature its first ever female drag queen.

Victoria Scone, who is 27 and from Cardiff, told the BBC that she had always thought that she was a drag queen.

“I think the first time I was ever involved with drag was going to pantomimes from a very young age,” she said.

“Drag’s always been a part of my life. I genuinely think I was born to be a drag queen.

“But I didn’t really know if, as a woman, that was a possibility for me.”

Veronica will be competing against Ella Vaday, Scarlett Harlett, Choriza May, Elektra Fence, Krystal Versace, Charity Kase, River Medway, Kitty Scott-Claus, , Vanity Milan and Anubis, as well as Veronica Green from the previous series who had to pull out after contracting Covid.