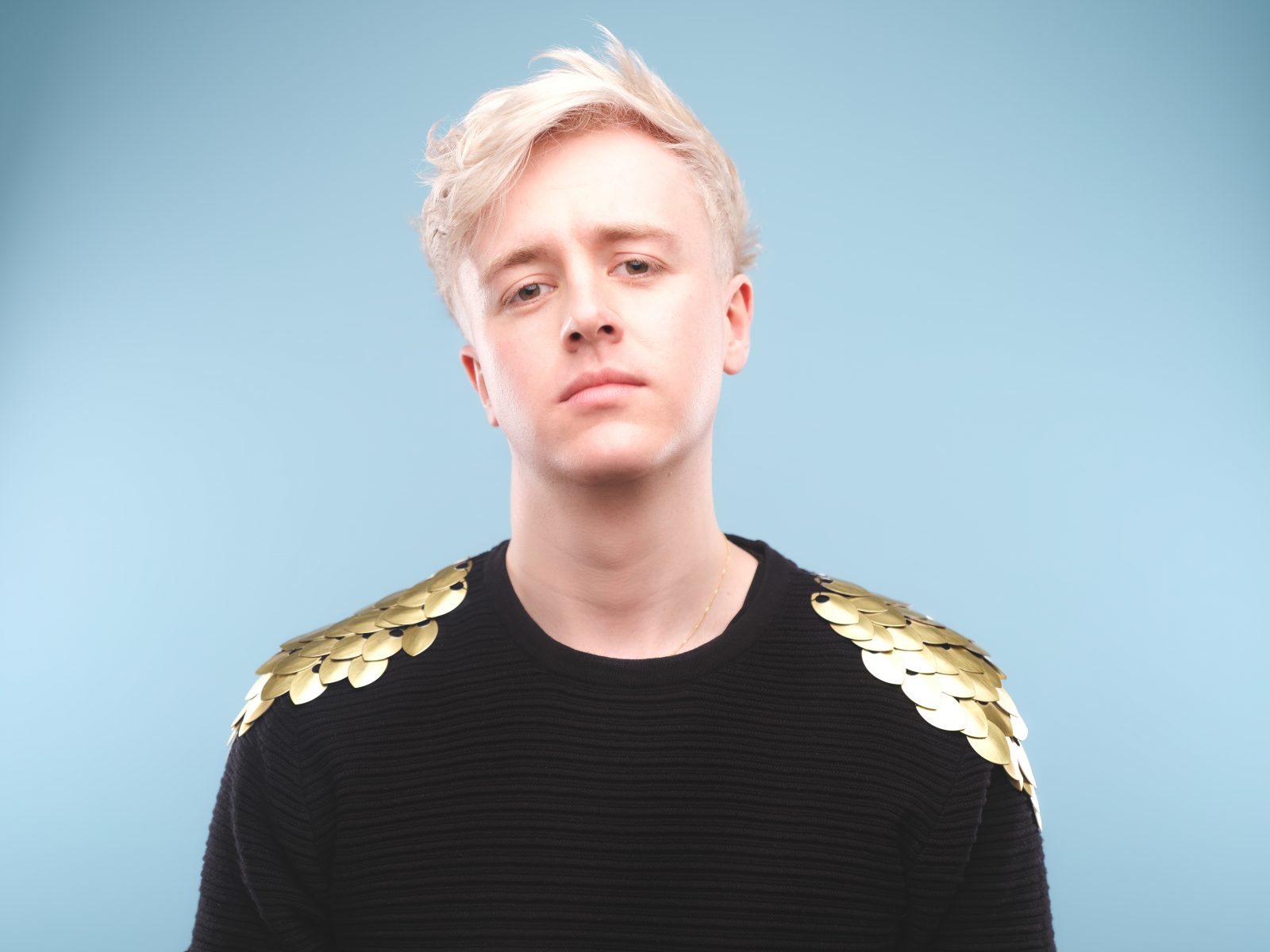 England backs down on OneLove armband

Daniel Foxx is a gay standup comedian and writer. Fresh from appearing at the Edinburgh Fringe he talked to CARY GEE about comedy, the lure of the big city – and his wrestler boyfriend

For those of us who may not know you can you introduce yourself?

‘My name is Daniel Foxx, I’m a standup comedian and a writer. I write musical theatre and have also been writing silly comedies online for a few years’

Do you think that gay people feel an obligation to be funny?

‘I think so, a little bit. It’s getting better now but definitely when I was growing up the only representation of gay people you saw on TV was the very catty funny friend, or the funny assistant character which I still love. I think that gay people are known for their sense of humour but half of that is a deflection tactic for dealing with bullying when you are younger. You have to develop a sense of humour’.

Was Daniel bullied himself as a child?

‘Yes. Definitely. I couldn’t have brawled with the boys but I’d always try a little comeback.’

Now that Daniel is on stage, and on the telly does he feel that he has had the last laugh?

‘Well, maybe one day I’ll just write a full show of naming and shaming! I’m sure that’s one of the reasons that a lot of queer people go into comedy. A degree of proving yourself. The highest form of revenge is to make someone laugh!’

How did Daniel first get into comedy?

‘I always enjoyed standup but never really thought of it as something I could do. It was like an impossible other world. I’d watch Alan Carr and Miranda and think, ‘Gosh. How do they do that?’ Then at university there was an open mic night where you could actually go and do it. I did it once and fell in love with it. Although I wasn’t very good I kept doing it. And then I got into comedy writing as well and have been doing it ever since.’

Has he written for other comics?

‘No. But I’ve written with other comics. I suppose it would be quite a fun thing to do.’

Daniel is having a particularly busy festival this year. Not only is he appearing in his own show, he’s also co-written a comedy musical, and is currently sharing rooms with the actors and crew.

‘Accommodation for a month in Edinburgh is extortionate. Sharing makes it a lot cheaper. It’s a real throwback to my university days.’

Like many young gay men Daniel saw university as the perfect opportunity to escape his small town upbringing and head for the bright lights of the big city.

‘I went to Kings College, London. I grew up in the countryside and was just desperate to go to London. So I applied for five different universities, all in London.

‘I think it’s a very common gay thing, The need to go the city. Although I now crave the view I can see behind you! (I’m zooming Daniel from my garden in the countryside).’All I want is a little cottage with a walled garden!’ he says wistfully.

Does Daniel currently have a partner with whom he might one day escape to the country?

‘I do, yes. I’m in a relationship with a professional wrestler from Grimsby! He’s a big bear of a man!’ (who performs under the name Tyler Devlin and wears a leotard as well as any burly bloke can). I admit it’s not the answer I was expecting.

‘Why not?’ is Daniel’s perfectly reasonable response. I’m guessing that having a pro-wrestler as a boyfriend must provide a well of comedy for a gay comedian.

‘Probably twenty five percent of my show is about the differences between us.’

Just out of curiosity, how do you meet a pro-wrestler?

‘We met on Tinder’ confides Daniel. ‘He wasn’t out yet.’

Aussie comedian Nath Valvo once presented an entire show based on his experiences of Grindr. Does Daniel have a catalog of bad dates to draw on for material?

‘I never really got involved with Grindr. I find it all a little bit scary. I like the idea of it but in practice I’m just too shy. But I’ve certainly been on a few weird dates.

‘I once went on a date with someone who worked for a MP. They invited me to a Christmas party. I thought…well that sounds fun. I walked through the door and Nigel Farage was waiting inside. When you go on a date and Nigel Farage tures up you know something has gone horribly wrong!’

Comedians tend to work mostly at night. I’m interested to know what Daniel typically does for the rest of the day.

‘Well stand up is hard work but you’re only really doing it for twenty minutes a night. A lot of the time I feel like one of those reclining ladies in a 60’s Hollywood movie.’

Can he relax before a show or do the nerves begin to set in well in advance?

‘I normally spend the day writing. I’ll probably wake up a bit later than most people because I’ve been out the night before. I’ll laze around, eat an avocado, do a bit of writing. I’ll write something for the theatre then wander around, haunting the Prets of London!’

What time does Daniel pour his first glass of wine?

‘Usually just before I wake up!!’

Does Daniel ever write for the theatre then think, This would be better suited to standup?

‘Yes. All the time actually. Although probably more the other way around. I like theatre to be quite punchy. To get the same kind of laughs as in my standup. A real belly laugh. Like most comedians I’ve an enormous list on my phone of every funny thought that pops into my head. Then I scroll through and see what I can plant into my writing’.

‘A little bit yes. You need some nerves to get you through. I’ve done some shows where I didn’t feel nervous at all. They usually end up being quite bad. I get much more nervous if I know I’ve got friends watching and I definitely remember the bad shows more than I remember the average ones’.

For anyone planning to see Daniel live, what can they expect?

‘A common criticism directed at gay comedians is why do they have to bang on about being gay? Well, I do bang on about it just like straight people bang on about being straight every day of their lives. I talk about experiences at school, homophobic bullying, then I talk about the sudden shift when the world decided ‘We absolutely love gay people now!’ It’s a very weird thing. For the first twenty years of your life you’re being told to shut up about it, then suddenly you’re told to celebrate who you are’.

‘There’s a lot of me pretending to be a middle-class mum or a Supervillain’s Gay Assistant. (Check these out – they are hilarious). ‘I watched a Bond film. There’s a trap set for him where he’s shown photos of all his dead loved ones. I thought that’s very dramatic but someone has had to stand at a printer and print all of those pictures off. I thought who does that? It’s probably someone in Admin Support!’

For one month each year Edinburgh is crawling with comedians. Does Daniel ever turn up at a venue, look at the line-up and think, ‘Oh God, not them again?

He laughs. ‘Yeah. There’s definitely a few people like that. Largely the  circuit is full of interesting lovely people. But there’s definitely some show-biz kind of characters who make you think. ‘God, why are you like this?’

Is Daniel prepared to dish the dirt and name them?