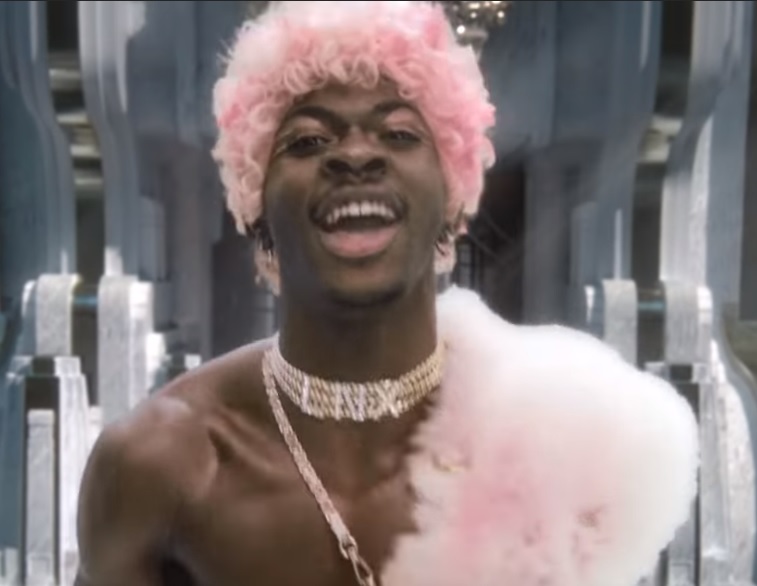 Rapper Lil Nas X has reached Number One in both the Billboard and the UK charts for his song Montero (Call Me By Your Name) which is a celebration of gay sex.

The song, as well as the accompanying video which shows him going down to hell to lap dance for Satan, has inevitably drawn criticism from conservatives in the USA who have labelled it “depraved” and “evil”.

The 21-year-old Grammy winner hit back at his critics on Twitter saying, “I hope my haters are sad, I hope they are crying, I want your tears to fill my Grammy cup.”

Explaining that the song was inspired by a man he fell for last summer, he wrote: “I spent my entire teenage years hating myself because of the shit y’all preached would happen to me because i was gay. so i hope u are mad, stay mad, feel the same anger you teach us to have towards ourselves.”

He also posted on Instagram: “Last year I was sitting in my apartment thinking it was all over for me. I was trying so hard to be perfect, to please everyone, and not make any enemies. That stifled me creatively. I felt so sorry for myself. But around this time in 2020 I pulled it together, me, daytrip, omer, & roy, worked for months on end.

“One day in June I was working on a song and found myself leaving the studio every 10 minutes to cry. But I didn’t stop working, a melody came to my mind. ‘call me when u want na-na-na-na-na’, and I knew it was something special about it, fast forward a year later it’s the biggest song in the world. Thank you guys so much. We get to decide OUR own destiny, never let the world decide it for YOU! I love you!”

The singer has also come into criticism for selling 666 pairs of “Satan Shoes”, customised and unauthorized Nike Air trainers with a Satan theme, each of which contains a drop of human blood.

Nike has issued lawsuit for trademark infringement, demanding that all the trainers, which sold out within minutes, be destroyed.