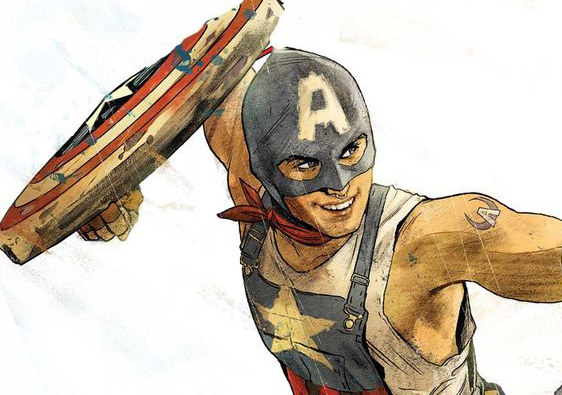 Marvel Comics will celebrate the 80th anniversary of Captain America by introducing a new LGBTQ+ hero.

On the way he meets up with other Captains America, including Aaron Fischer, the “Captain America of the Railways”.

Fischer is described as a “fearless teen who stepped up to protect fellow runaways and the unhoused”.

Comic book writer Joshua Trujillo said that the new LGBTQ+ character is inspired by the “heroes of the queer community: activists, leaders and everyday folks pushing for a better life.

“He stands for the oppressed and the forgotten. I hope his debut story resonates with readers and helps inspire the next generation of heroes.”

Jan Bazaldua, the artist on Fischer’s introductory issues, said: “I really enjoyed designing him, and as a transgender person, I am happy to be able to present an openly gay person who admires Captain America and fights against evil to help those who are almost invisible to society.”

Head writer Chris Cantwell wrote on Twitter that the movie version of Captain America was “someone who helped me realise I was queer.

“For me, it’s always a blurry line between being in love with a man and wanting to be like them as a man. That Cap means a lot to me.”

Marvel Comics said that the first issue of The United States of Captain America featuring Fischer will debut on 2 June in honour of Pride month.