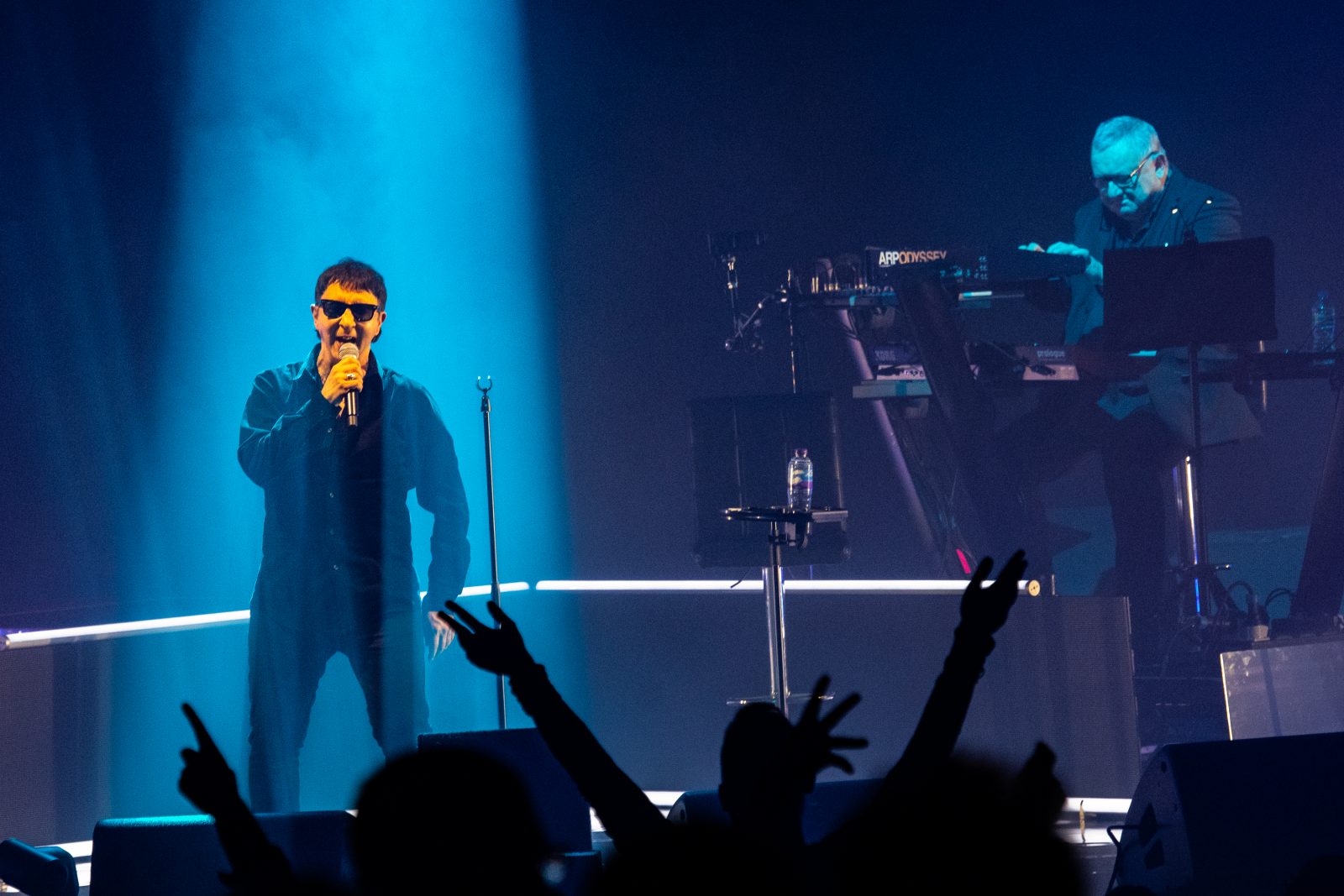 There is something undeniably thrilling about seeing a great artist as they near the end of their career, writes Cary Gee as he watches Soft Cell at the Hammersmith Eventim Apollo.

When that artist has played a particularly significant role in your life, contributing to the soundtrack of your formative years, the frisson is heightened, as is the jeopardy. Rather like running into an old boyfriend you hope enough time has elapsed for you to enjoy the songs you once loved without experiencing the Angst that came with them.

While Dave Ball (62) who remains seated behind his synthesiser throughout the night has undeniably added a few pounds, his playing remains as lean as ever, allowing the still snake-hipped Marc Almond (64) all the sonic space he needs to deliver a real barnstormer.

They open with Torch, which, both musically and lyrically – ‘I’m looking for love in a dark song’ – encapsulates much of what made Soft Cell so uniquely brilliant the first time around, before treating us to a preview of songs from forthcoming studio album Happiness Not Included (their first in two decades).

Bruises on my Illusions sees Almond in full Baroque swagger, proving once again that pound-for-pound he remains one of our greatest interpreters of pop. On Happy Happy Happy he risks leading us up the wrong path until the dystopian video montage full of allegorical decay bursts into life behind him, while Heart Like Chernobyl is vintage Soft Cell. ‘Oh dear / I feel like I’m in North Korea / In the Winter,’ deadpans Almond as he reflects on life in lockdown Britain. I suspect Almond rather enjoyed lockdown, if the darkly subversive humour evident in this song is anything to go by.

Remarkably the only thing that seperates the new songs from the classics, and reminds those of us old enough to have enjoyed Soft Cell first time around that we have so far survived not one but two pandemics, is the thin, but definitely there smile that plays on Almond’s lips as he buckles us into his time machine. L’Esqualita (a homage to a long-ago NYC drag bar) segues into fan favourite Martin, whose lyrics about ‘A boy with problems’ are as worringly insistent as the electro-beat to which they are set. After The Art of Falling Apart brings Act One to a close I need a stiff drink.

Frustration, which perfectly sums up my feelings when I first heard this album as a child is followed by Tainted Love, quite possibly one of the greatest cover songs of all times, and one of the biggest selling.

(Almond once confided in me that the greatest regret of his career was not putting one of his own songs on the B-side, for which artists receive the same royalty as the A-side).

As for Bedsitter, who doesn’t recall spending all their money going out till ‘I’ve nothing left / I’m left without ?’ Although tonight when Almond sings ‘Look around and I can see / A thousand people just like me’, it’s a wild under-estimation, and no one lucky enough to be here needs to kid themselves they’re having fun.

One of the reasons I had to wear headphones while listening to this album in my childhood bedroom was the song Sex Dwarf (or in fact any song with the word sex in it!). There I’d apply my mascara and dance up a storm while wondering just who was going to ‘lead me into a life of vice’, and what time I could expect them.

Clearly I wasn’t alone. In the vast Apollo tonight there is a palpable sense of relief, of expectations being met, and reciprocated. After all, like the two SEXagenarians on stage (who have been accompanied all night by a first rate trio of backing singers and Gary Barnacle’s faultless horns) we are all still here. By the time we get to Say Hello, Wave Goodbye, there is barely a dry eye in the house, mine included.

Happiness Is Not Included is out in Spring 2022