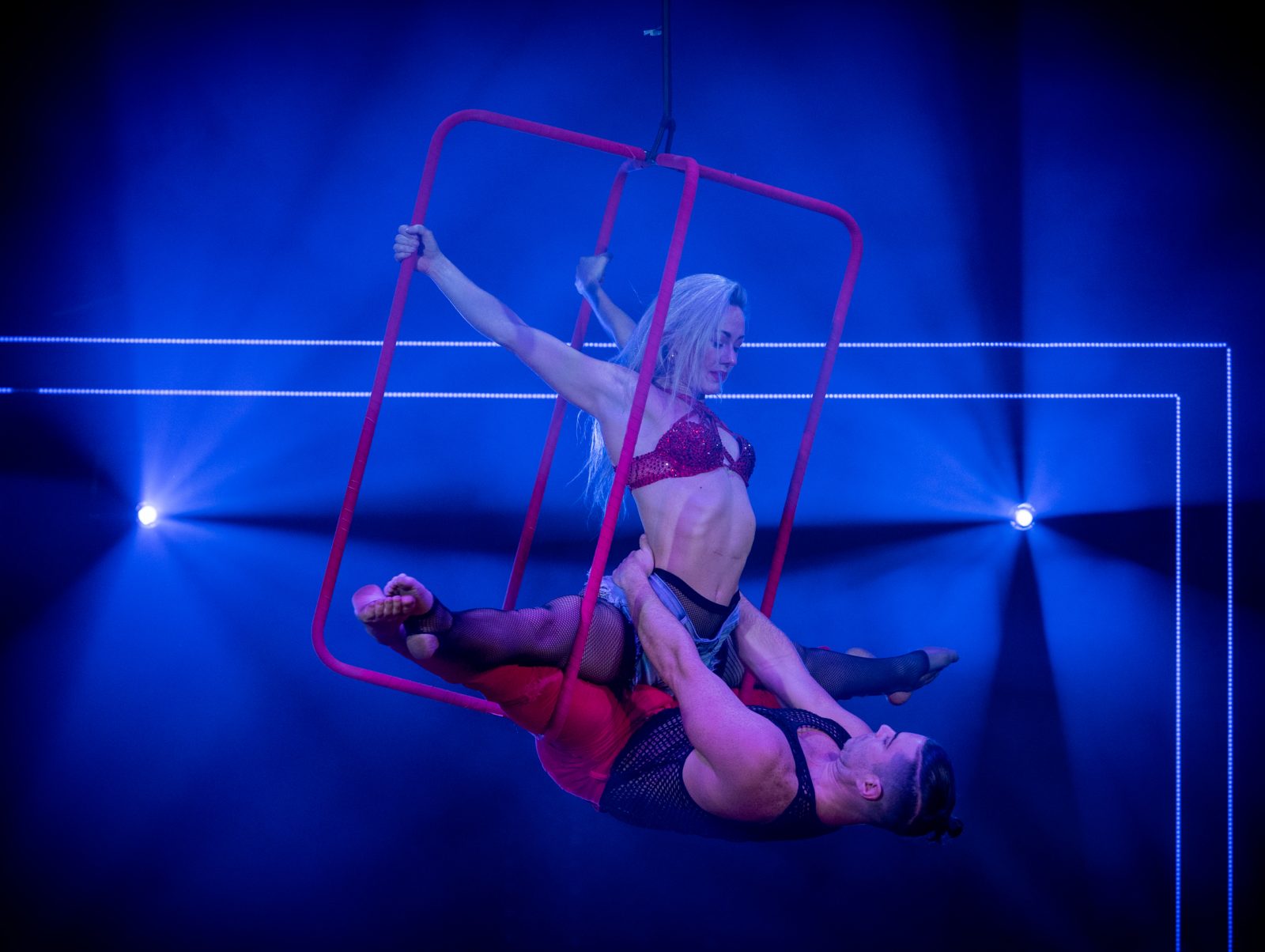 If, like CARY GEE, you find the new John Lewis Christmas ad so depressing you’d rather slit your wrists than go shopping, or can’t work out what to do with the tin once you’ve polished off the over-priced M&S shortbread you bought for a friend before deciding that you don’t actually like your friend as much as you like biscuits, there is another way to welcome in the festive season.

It’s one that not only gets you out of the house but is guaranteed to bring a smile to your face. Those in the know head to Leicester Square, possibly for the one and only time each year, to see the genre-defying La Clique take up their seasonal residency in the glittering Spiegeltent.

Is it a circus? A cabaret? A comedy? Or a burlesque show? The answer is a simple yes, to all of the above, and a whole lot more besides.

Don’t believe me? Then instead of forking out for a ticket to see a film at the neighbouring Odeon – the film will air free-to-view on your TV soon enough – for the same price you can enjoy an evening of sublime and more importantly, live entertainment in London’s most spectacular pop-up venue courtesy of the international, and internationally acclaimed troupe of artists who come together to put on what remains, even under a new age of austerity, the most dazzling show in town.

Miss Jolie Papillion raises the temperature before shedding her corset behind an enormous plume of peacock feathers which sets the tone for the rest of the evening, as a succession of acts find ever more inventive ways to denude themselves while performing increasingly bizarre routines.

The hilarious Sam Goodburn removes his, with the help of an audience member, while riding a unicycle and juggling biscuits. Meanwhile multi-talented Australian Tara Boom hula hoops while roasting popcorn in a oven she wears on the top of her head! It’s utterly bonkers and a far cry from her second appearance of the evening in which she performs an exquisite, delicate dance which involves juggling numerous umbrellas on the tips of her toes before sending a cascade of rose petals into the air. Still at least we now know the answer to the question: “What’s she Going to Look Like with a Chimney on her Head?”

Because the routines on show are like nothing you’ve seen before it’s sometimes too easy for your sense of wonderment to obscure the breathtaking difficulty and artistry of what you are witnessing. Not so with aerialists Katherine Arnold, and Mikael Bres whose Chinese pole act, one of this evenings many highlights, defies gravity while redefining the very notion of multi-tasking. All you can do is gasp… and hope for the best.

French star Hugo Desmarais is back again this year as a high-flying “Gay Jesus”, and by the end of his act has quickly turned the entire audience into giddy disciples. If I missed one thing from previous years, it was a live band. (there’s the cost of living crisis for you) but the sheer soulful brilliance of singer Ashley Stroud (a stunning new addition to the cast) at least went some way to filling the void the live musicians left behind.

This year, instead of sneering at the low-quality tourists that usually visit Leicester Square, dig out that Christmas wooly, and your fingerless gloves – you’ll need them to keep hold of your Glühwein – and join them for an unforgettable treat. You deserve it, and the endorphin rush will last a lot longer than that tin of shortbread.

La Clique is in Leicester Square until 07 January 2023.