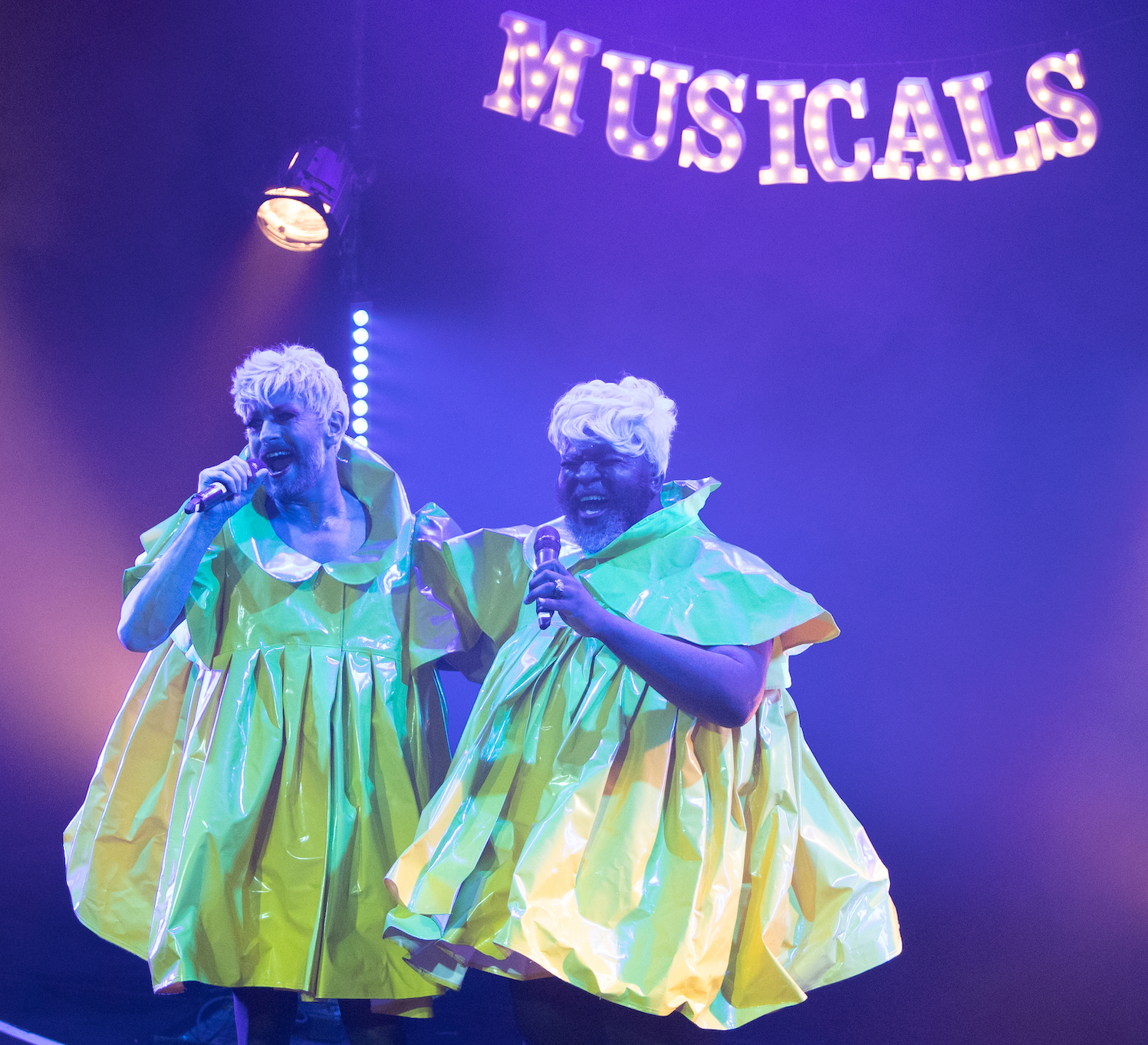 Church of England: still no to equal marriage

To celebrate a combined age of 90 they decided, in the best showbiz tradition, to “put on a show”. Not that these two, variously known as the French and Saunders of Drag, or, if you prefer, the Richard and Judy of Drag, ever need an excuse to hit the boards.

Wearing inflatable jazz hands, which allows for an instant visual joke, they launch into All that Jazz and immediately you get the sense that this evening is going be as chaotic as it is hilarious.

Perhaps what you were not expecting is for the pair to evoke such pathos, even while performing Sweet Transvestite from the Rocky Horror Show (Woo in a lacy baby-doll dress), or Hopelessly Devoted to You in which Le Gateau takes you from laugh-aloud humour to heartache in just three minutes.

In fact, Le Gateau Chocolat (all 6 foot 6 of him) possesses a bass/ baritone voice that is barely contained within the confines of the Soho Theatre’s upper level, as used as he is to performing on much larger opera stages around the world. Indeed, if opera itself were not so inherently camp, and Le Gateau’s lyricism not so affecting, there would be something deeply anachronistic about experiencing his remarkable range and power so close up.

As it is, this show offers the rare chance to witness two stalwarts of the London cabaret scene at peak performance, skipping through highlights from many of the world’s best-loved musicals. It’s all here, Lloyd Webber, Kander and Ebb, Rogers and Hammerstein, even Disney, with barely a lip-synch in sight.

At times, Woo and Le Gateau may look as bemused as their audience but you can be sure that with two such seasoned artistes the joke is firmly on us. The loose choreography, the unexpected ad-libs, wardrobe malfunctions, even the occasional missteps are unlikely to be anything other than timed to perfection. Their art is to give the impression of performing a high-wire act without a safety net, yet with the pair of them in such fine form there is never any danger of them falling off.

This is a joy of a show. You leave the theatre feeling much happier than you were when you went in.

And isn’t that the whole point?

Le Gateau Chocolat & Jonny Woo/ A Night at the Musicals – 90 Years of Drag! is at the Soho Theatre, London, now