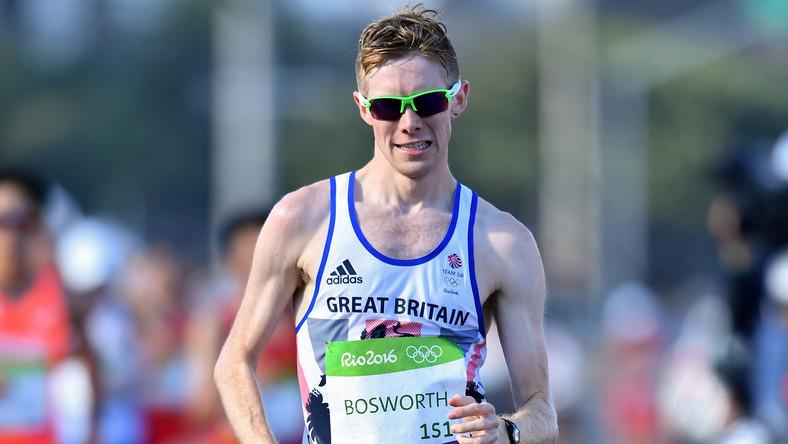 Bosworth plans on making history this summer competing as the only LGBTQ+ athletics entrant in the 2021 Tokyo Summer Games.

It is often joked within the Queer community that – gay people have an inate pace advantage over our heterosexual peers. Double-Olympian, Tom Bosworth, takes this to the extreme when he competes for Team GB – in the race walking discipline.

In a recent interview, the race walking athlete cited the 2021 games as his athletic peak, he said: “you get maybe one Olympic Games at your real peak and I definitely like at my age now, early 30s for a 20k walker is peak age”. Having finished sixth in 2016, Bosworth has every chance of nabbing a medal for his country in Tokyo – he’s made it very clear that his target is being up there – competing at the front.

It hasn’t been all rosey for Bosworth over the past couple of years. After famously getting engaged to his now-fiance, Harry Dineley, on the beach at the Rio Olympics in 2016. Bosworth discussed how the realities of being an athlete, who is at the top of their game, came to cause friction in their relationship – and brought him to a personal all time low. Thankfully, on Instagram the pair celebrated ten years together – earlier this year.

While training to return to his peak – ahead of summer games – Bosworth suffered a brutal bout of Covid-19. He believes that the decision to delay the Tokyo games saved his medal hopes – by giving him time to recover from the virus – and getting into the correct headspace.

If Bosworth dreams are made, he will be the first Briton to take away a medal from the discipline in 57 years. Although… that is no easy feat.

What is clear, is that as an athlete, and a role model, he continues to break down doors for LGBTQ+ people. Talking about his battle with his own mental health, will inspire the future generation to do the same – regardless of owning an Olympic medal.

It goes without saying – he will have the full support of Pride Life, the LGBTQ+ community and Great Britain, as he challenges for Olympic gold in Tokyo!