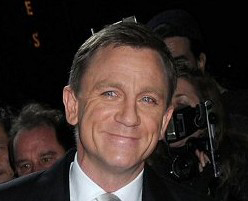 Speaking to the Lunch on Bruce podcast on Sirius FM, the 53-year-old actor, who has just made his swansong as 007 in No Time to Die, said that he preferred the no attitude and “chill” atmosphere of gay bars.

“I’ve been going to gay bars for as long as I can remember,” he said. “One of the reasons: because I don’t get into fights in gay bars that often.

“Everybody was chill, everybody. You didn’t really have to sort of state your sexuality. It was okay. And it was a very safe place to be.”

He did, however revealed that he also had another reason for frequenting gay bars.

“And I could meet girls there, cause there are a lot of girls there for exactly the same reason I was there. It was kind of an ulterior motive,”

The news follows the apparent outing of character Q, played by Ben Whishaw in the latest movie, and Whishaw’s comment that he would like an openly gay actor to be the next James Bond.