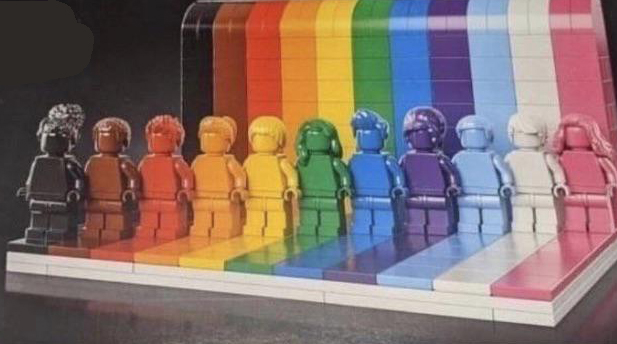 The Danish toymaker Lego has released a LGBTQ+ set entitled Everyone is Awesome.

The collection consists of 11 figures in 11 different colours – the colours of the original rainbow flag plus blue, white and pink for the trans community and black and brown for those of non-Caucasian skin tones.

None of the figures is gender specific apart from one drag queen.

Designer Matthew Ashton told the Guardian that he hoped that the figures would send out a message of inclusivity to Lego fans.

“Trying to be someone I wasn’t was exhausting. I wish, as a kid, I had looked at the world and thought: ‘This is going to be OK, there’s a place for me.’ I wish I’d seen an inclusive statement that said ‘everyone is awesome’.”

Lego’s LGBTQ+ set will go on sale on 1 June, the first day of Pride month.