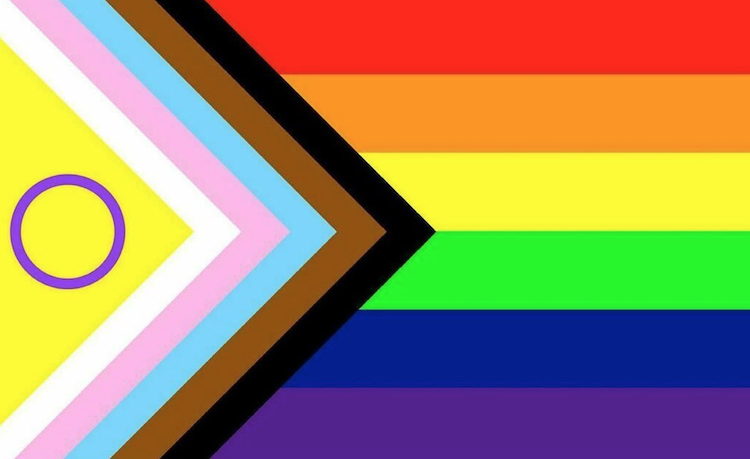 The Pride flag has been redesigned again.

Originally an eight and then a six coloured rainbow flag, the colours brown and black were introduced a few years ago to represent the BAME community.

Shortly afterwards, the stripes of the transgender flag were added to the flag, now known as the Pride Progress flag.

Now designer Valentino Vecchietti has added the intersex flag – yellow with a purple circle in the centre – to the Pride flag.

Intersex Equality Rights UK, with whom Vecchietti worked, said: “Since we posted this flag on our Instagram page intersex.equality.rights.uk and on Twitter WeAreIERUK – intersex people and allies from all over the globe have said it is bringing them joy to see intersex inclusion in the Pride Progress flag.”