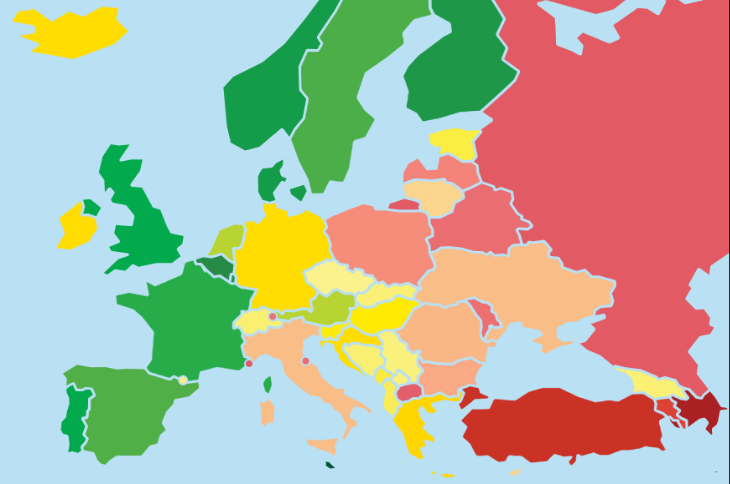 Malta has once again been recognised as the European country most supportive of LGBTQ+ tights and equality.

The Rainbow Europe Map and Index is produced every year by ILGA, the International Lesbian, Gay, Bisexual, Trans and Intersex Association.

It ranks European countries by a series of criteria including each country’s stance on LGBTQ+ equality and non-discrimination; family; hate crime and hate speech; legal gender recognition and bodily integrity; civil society space; and asylum.

For the sixth year in a row Malta has occupied the number one slot, with Belgium and Luxembourg occupying the second and third places.

In terms of LGBTQ+ legal recognition the United Kingdom is ranked tenth, with Turkey, Armenia and Azerbaijan occupying the bottom three places.

To see the complete listings go to ILGA-Europe