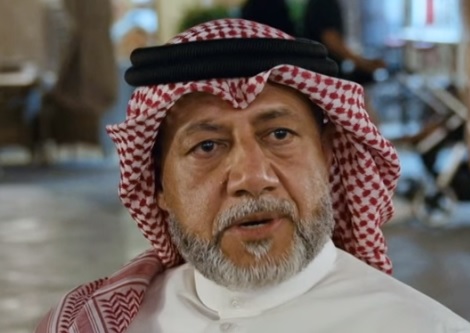 Just two weeks before the beginning of the World Cup in Qatar, the host country’s football ambassador has denounced homosexuality as a “damage to the mind”.

Speaking to German broadcaster ZDF, Khalid Salman, who is a former footballer, said:

“During the World Cup, many things will come here to the country. Let’s talk about gays.

“The most important thing is, everybody will accept that they come here. But they will have to accept our rules.”

He said that homosexuality was forbidden, “because it is damage in the mind.”.

The interview was then abruptly cut off.

Homosexuality is illegal in Qatar and is punishable by imprisonment and, in some instances, death.

Speaking to the Sun newspaper, Robbie de Santos, director of communications and external affairs at Stonewall said:”LGBTQ+ people in Qatar are criminalised for simply existing and are forced to hide who they are.

“In 2022, it is deeply concerning that countries with appalling human rights records are rewarded with the rights to host one of the world largest sporting tournaments.

“These appalling comments highlight why it is vital that the international community make clear that they expect Qatari authorities to respect and uphold freedom of expression, and the rights of all, including LGBTQ+ people.”

“I think with a little bit of flex and compromise at both ends, it can be safe and secure,” he said.

Match of the Day host and former England player Gary Linker responded; “Whatever you do, don’t do anything gay. Is that the message?