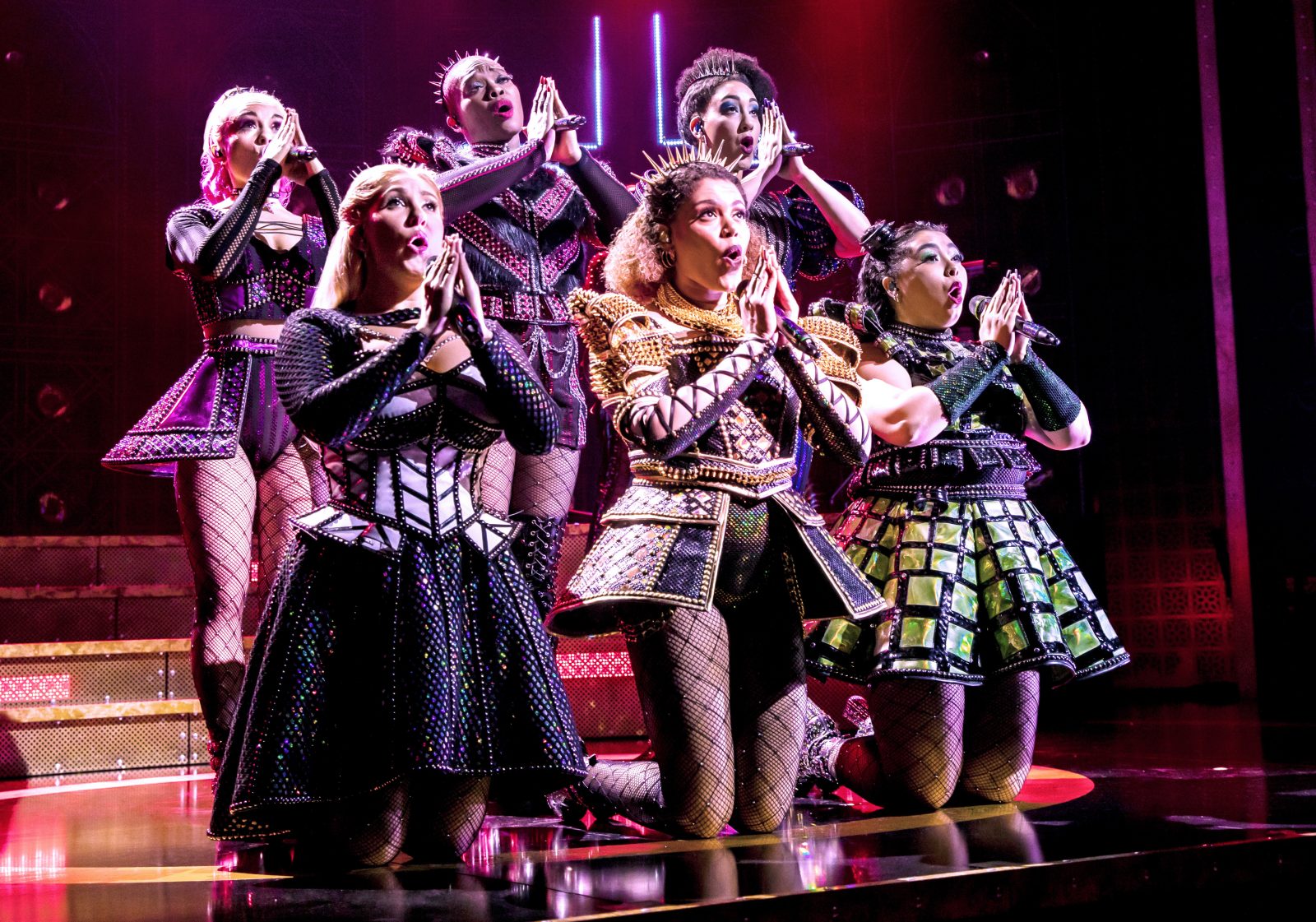 From RuPaul’s drag race to The Crown it would seem we can’t get enough of these inherently imperious, flamboyant and faintly ridiculous archetypes.

And now half a dozen of them have decamped to London’s Vaudeville theatre, the new home of Toby Marlow and Lucy Moss’s hilarious Tudor romp in hob-nail-boots and ruffs, Six the musical. As befits what began as a student revue, which originally premiered at the Edinburgh festival, Six does not delve too deeply into the politics of Henry VIII’s court, preferring instead to dwell on the personal ‘Herstory’ of the six women, each of whom had the misfortune, whether by arrangement, love or entrapment, to become wedded to the most famous royal rogue in history, best remembered collectively as a classroom rhyme; ‘Divorced, Beheaded. Died. Divorced. Beheaded, Survived’.

Presented as a singing contest – just imagine how gripping Pop Idol would be if the losing contestant lost not just her place on the show but her head too!- each Queen is given her own three minutes to shine, and to tell her story in her own words. Rebuttal (of a history written almost entirely by men) and redemption are key as our six queens sing and dance up a storm. What begins as a fierce contest quickly morphs into a sorority as the queens realise they are all traveling in the same leaky boat.

‘What hurts more than a broken heart?’ sings one queen. ‘A severed Head!” comes the response from a brilliantly comical Anne Boleyn (Bryony Duncan). The queens combine on the Haus of Holbein to welcome Anne of Cleeves (Sherelle Jay) into the fold. It’s a thunderous pun on German 90’s ‘house music’ with a pulsating electro beat, strobe lighting and razor sharp wit, but for me the real winner of tonight’s sing-off is Catherine Parr. After being told by the queens that she must be ‘exhausted after all those backing vocals’ Parr (Danielle Steers) finally gets her moment, and boy does she does make the most of it. ‘I don’t need your love’ is a powerful and evocatively rendered RnB tinged reclamation that would grace any west end musical and makes you forget, momentarily, that Six is not designed to be taken too seriously. ‘Remember that I was a writer / I wrote books and psalms and meditations/ fought for female education….Why can’t I tell that story? Well…because men got their side of the story in first! It was ever thus. So hats off to Marlow and Moss for attempting, through wit, subterfuge and sheer theatrical panache to redress the balance.

All six queens put in superb individual performances, and the expertly economical all-women band of Ladies in Waiting (led by Lauren Hopkinson) means that this really is a refreshingly rare testerone-free night out. Despite initial misgivings that the inherent anarchy of Six would not transfer well into the West End proper, it has found a perfect fit at the Vaudeville, the traditional home for musical revue, where, judging by the reaction of tonight’s audience, it is likely to remain for some time.

Six is currently at the Vaudeville Theatre. London
Go to: sixthemusical.com