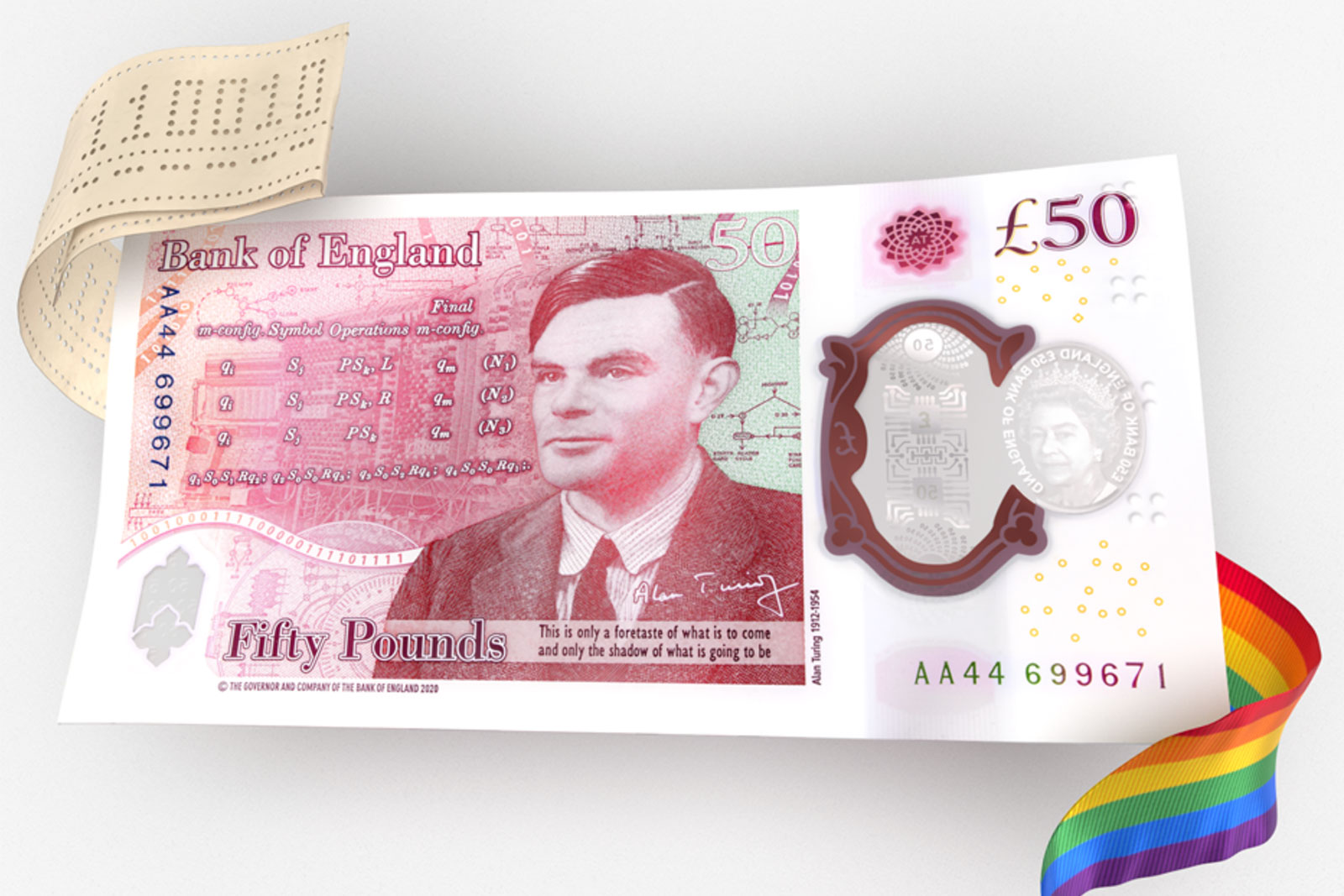 The new £50 banknote, featuring a portraying a portrait of the gay codebreaker Alan Turing enters circulation today 23 June in the UK.

Its release coincides with Turing’s birthday.

Turing is best known for his work at Bletchley Park breaking the Germans’ Enigma code during the Second World War, which, historians estimate, shortened the war by as much as two years, and saved many millions of lives in the process.

Turing was also gay, at a time when homosexual acts were illegal. He was prosecuted for gross indecency in 1952 and died from cyanide poisoning two years later at the age of 41. The inquest concluded that his death was suicide.

Turing was given a posthumous pardon in 2013 and in 2017 the Turing Law was passed pardoning all men who had been historically convicted on account of their homosexuality.

In commemoration of the banknote’s entry into circulation the Bank of England will be flying the Pride Progress flag over its building in London’s Threadneedle Street.