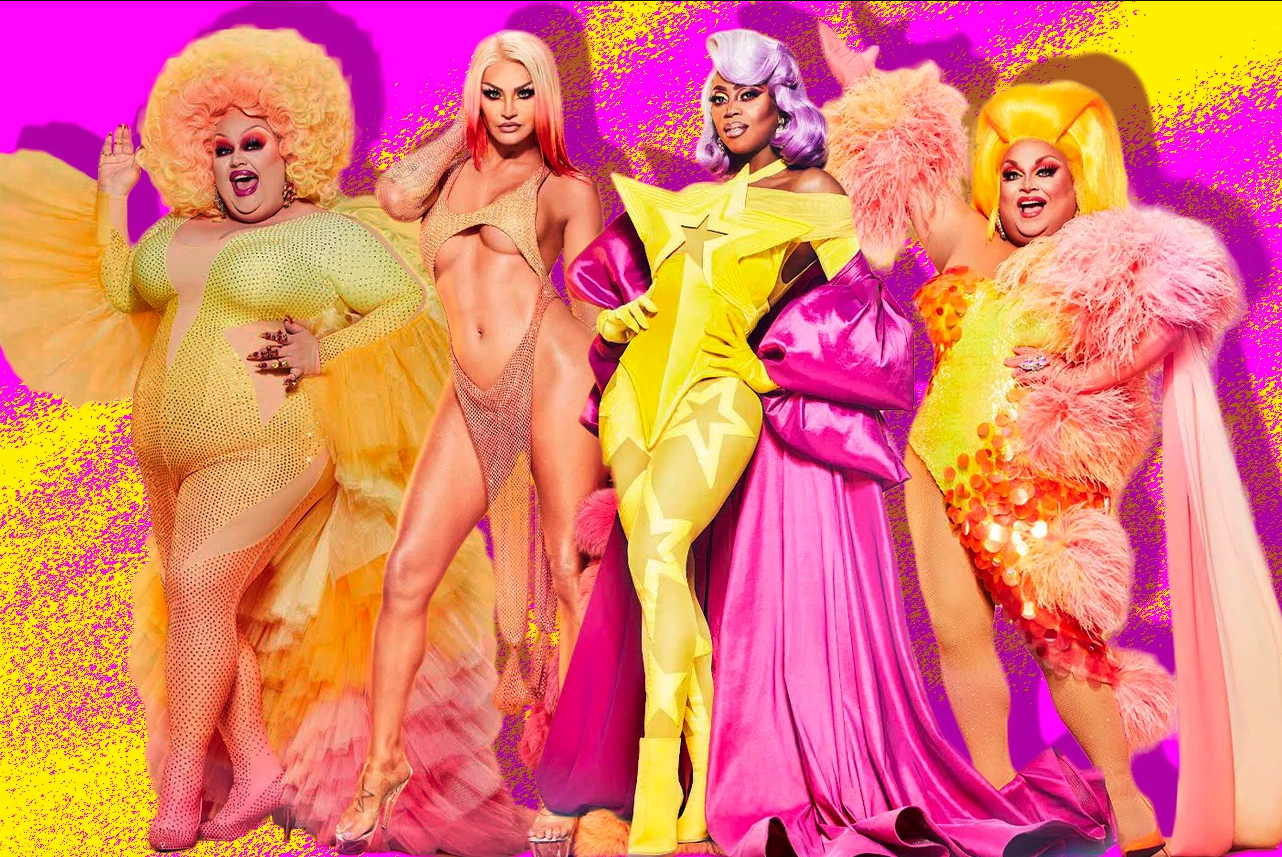 Boy band poster pulled for in Pakistan for “promoting homosexuality”

RuPaul’s Drag Race All Stars is the proving ground for a returning queen to seek Rudemption, win $100,000 and a place in the Drag Race Hall of Fame. More often than not – the highlight of the series is watching queens compete against a stacked cast with a bigger budget and a fresh mug.

The All Stars concept has been controversial since its inception. The spin-off series has been responsible for some of the franchise’s highest highs but also some of the lowest lows. As of late, World of Wonder makes a habit of shaking up the format – causing some of reality TV’s most gag-worthy moments – as well as some unintended consequences that change the landscape of the competition for good.

With the Season 6 finale just weeks away, where does the mammoth 13 episode series rank against other series of RuPaul’s Drag Race All Stars. Which series do you think deserves a toot, and which series gets the boot?

6. ALL STARS 1:
When we said the lowest of lows… All Stars 1 was the lowest of lows. Pairing contestants up in teams made the show nearly unwatchable. So much incredible talent was sent home prematurely and it sucked the life out of the competition. The series was eventually won by Chad Michaels who beat Raven to the crown. Definitely not one to rewatch.

5. ALL STARS 4:
This will always be the series Manila was robbed of the crown. On her one off-week, she was sent home by Naomi Smalls who won the winners lip sync – which of course broke the internet. RuPaul then went on to further smash up the rule book and announced the first double-crowning when she crowned Trinity the Tuck and Monét X Change winners.

4. ALL STARS 5:
All Stars 5 was rightfully all about Shea and we lived for it. Shea got the ru-demption she deserved and dominated this series with five big challenge wins. The series did feel a bit predictable which isn’t necessarily a bad thing but it didn’t have the drama of the subsequent series.

3. ALL STARS 3:
All Stars 3 will always be remembered for Dela storming through the competition only to eliminate herself after her winners lip sync. Then Shangela went on a roll, and somehow didn’t make the final lip sync – making Trixie Mattel the de facto winner. BeBe Zahara Benet was also the first winner to return to the competition.

2. ALL STARS 6:
This year’s season has been a welcome surprise with the Lip Sync Assassin format finally delivering. From Leganja’s return, to shock early eliminations, some of the best lip syncs we’ve seen in years, Bianca f’in Del Rio, and then a game within a game. All Stars 6 is one for the ages and any one of the final five could make a claim for the crown. And ofc… THAT Barbie Girl lipsync.

1. ALL STARS 2:
The holy grail of reality TV – we will be watching the face crack of the century and Alyssa Edwards stare burning a hole in Phi Phi O’Hara on repeat forever. We saw so many iconic looks on that runway in 2016. Even with Adore Delano (arguably the biggest name in the cast) leaving in the first episode – there was no shortage of shocking moments. The competition went right down to the line with Alaska’s almost perfect run nearly coming undone in a last-minute tantrum. The right person won, it had iconic moments in every episode, the cast was probably the strongest of all of the spin-off series. Yes, yes, yes, more like that, please.