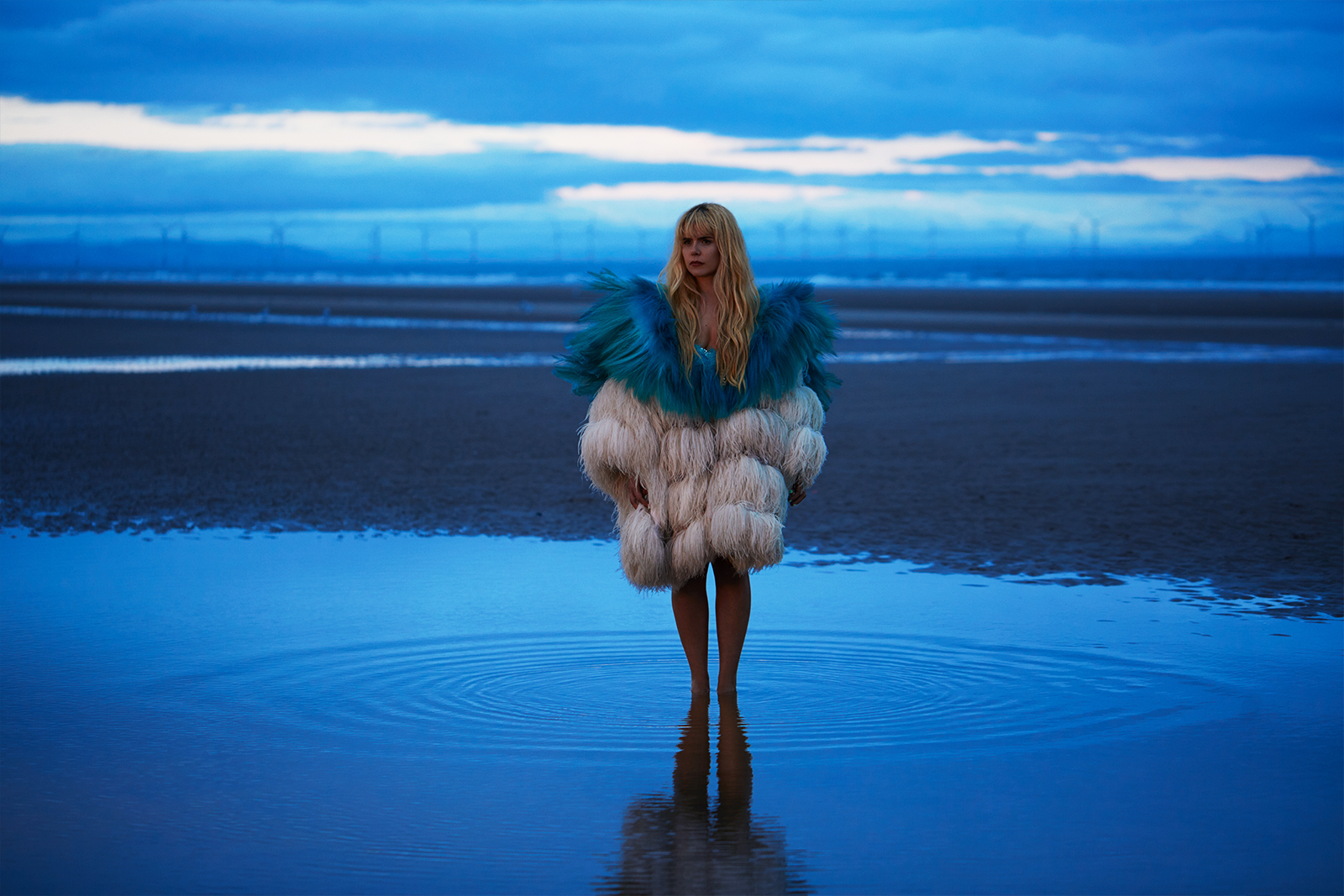 I’m told that Paloma Faith is waiting for me in the library of a swanky private members’ club in West London. And yet, at first I fail to see her. Only when my eyes have adjusted to the soft glow cast by a reading lamp do I find her, alone, curled up in an enormous brown leather chair.

The chair, like Faith herself, is ever so slightly scuffed, but terribly sexy. She looks tiny – I feel like I’ve stepped into the pages of Alice in Wonderland – as she uncoils herself and proffers a hand. She is dressed for a party, wearing a floor-length scarlet gown, trimmed with feathers, yet it is barely lunchtime. I just know that we are going to get along famously.

But then I would say that. Faith has the ability to make everyone, young and old, gay and straight, male and female, believe that she is the best friend they’ve never met.

I ask her why she thinks she appeals to such a diverse audience, one that has ensured she is the only British female singer, apart from Adele, to have seen her last three albums certified double-platinum

“I think it’s to do with the refreshing nature of honesty – something that’s generally lacking, not just in this business, but in life. People are cagey, too insecure, they can’t really show themselves. So many people tell me I make them feel relaxed enough to be themselves. I think that’s something that perhaps the gay community doesn’t necessarily feel. I’ve had a number of bigger women say that to me, older women too. God forbid a woman should get above the age of 35!”

Paloma recoils in mock horror as she exclaims. “Ooh, disgusting!”

Can she imagine a septuagenarian version of herself dancing on a podium at a nightclub?

“Of course,” she replies, dissolving into giggles.

It’s difficult to imagine that Paloma wasn’t always destined for stardom. But now that she is a bona fide superstar can she still enjoy just being Paloma Faith?

“I am pretty much just me all the time,” she says. “I thrive on the attention directed towards me, being an honorary drag queen, after all!”

I point out that she’s not tall enough to convince as a drag queen. “Inside I am! Of course, there’s a side to me which is much more introspective, but I keep that side behind closed doors. I’ve more opportunity to be that person now that I have a child.”

Faith’s new album, The Architect, is a gloriously sounding, outward-looking collection of issues-based songs. But who or what, is The Architect?

“The Architect is Mother Nature singing to humanity. She’s saying, ‘I gave you everything and it wasn’t enough. If you stop hurting me I’ll have time to heal.’ This idea was reinforced by a show I did at the Eden Project with a climate change expert. He told me that if we just stopped doing all the things we are doing for six months the world could completely regenerate, heal itself. Which is amazing. We just need to stop driving cars, stay put for a bit and stop building!” I ask Paloma how she got here this morning. “By cab!”

The first single taken from The Architect, Cry Baby, is a summery, soulful ear-worm of a tune and features the best use of marimbas since Haircut 100’s Fantastic Day. But it is not a love song, as such. What is Cry Baby, and The Architect about?

“Cry Baby is about men being able to show their emotions, men cry too. The Architect is about kindness, compassion, empathy. I think we’re losing these things due to a lack of collective responsibility, a lack of community and extreme capitalism. Social media is dividing us slowly while giving us the illusion of community.

I admit I’m surprised to hear a pop star with almost 700,000 Twitter followers suggest that social media is not necessarily a good thing.

“Social media is capable of being good and bad but I don’t believe anyone should mistake it for community because it isn’t. People make the mistake of thinking they’ve got friends because they’ve got followers.”

The Architect features a stellar cast of collaborators, including SIA, Rag and Bone Man and John Legend. But perhaps most surprising is the inclusion of several spoken word interludes.

“The first is a conversation between my three backing singers talking about their lives, what it’s like to be a black woman. The album also includes Samuel L. Jackson reading a piece I wrote before I started recording The Architect. It was a piece I wrote to remind myself of what I was trying to achieve.”

Did Paloma ever imagine she’d hear her own words being performed by Jackson? “No! Never!” 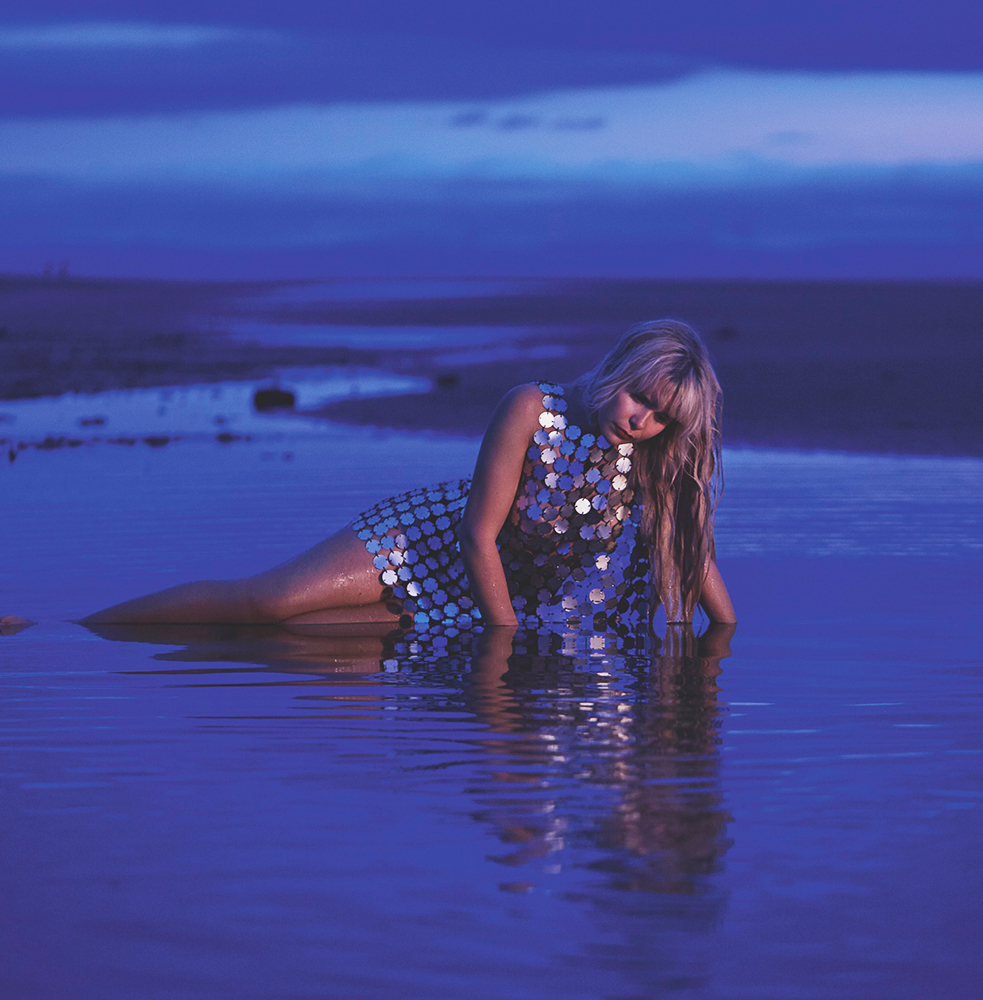 The final piece is performed by someone who is neither a singer, nor actor, left-wing and gay polemicist Owen Jones, who reads excerpts from his own Politics of Hope. Jones previously appeared on stage with Paloma in Brighton. But do fans really want to be heckled by a tub-thumper, even one as inspirational as Jones, when they have paid good money to hear Paloma sing instead?

“Some were receptive. Some found it an annoying interruption. But I really don’t care, because I personally think the problem with politics in Britain is that A, it needs modernising, and B, it’s not representative of society. It’s still a white man’s public schoolboy club. I would definitely make sure that people are represented proportionately. So that people who actually depend on the NHS, or state education for example, form the majority in government. Of course there were one or two public school boys in the audience, because that’s proportionate to how many there are in wider society.”

If it sounds like Faith is advocating quotas for our elected representatives, that’s because she is. Regrettably she has no plans to enter the fray herself.

“I think if you’re a sensitive person, someone who understands that empathy and kindness and compassion are important in politics, then by default you’d unfortunately find it very difficult to stand yourself.”

On The Architect Faith sings, “Every saint has a future, every sinner has a past.” Is there something in her own past that might trip her up? “No,” she laughs. “In my business having a past just makes you cooler!”

Faith’s commitment to a new kind of politics is not some fly-by-night conversion. She used to attend anti-Thatcher demonstrations in her pram. In fact it was Faith’s mum who gave her a copy of Jones’s book in the first place. She even toyed with the idea of calling her new album F**k the Tories!

Once again her mother stepped in. “She sent me the most incredible text,” she says and rummages in her cavernous bag to find her phone and then reads: “Argument too easily turns into animosity. Not the best way to go forward in the world. People will too easily exploit your views for sensationalism. Be careful. Language matters… being an activist for humanity doesn’t necessarily have to be political with a capital ‘P’. We’re all confused but division isn’t helping.” Her mother’s text goes on, and on.

Does Faith feel she has a duty to speak out about injustice where she sees it? “Yes. I do believe it comes with the job. I’m disappointed more people don’t speak out.”

Of course, speaking out carries certain commercial implications. Does she worry about these? ‘I think my label does,” she says. “When I told them I wanted to make a socially-aware record their reaction was ‘absolutely not’. So I told them I’d make it in a way that was open to interpretation.”

Not only are the male guests on The Architect uniformly talented, they’re also rather dishy. Is there a theme going on here?

“Well, I had Pharell on the last album, he’s so hot. And Raphael Siddiq. Very dishy. But NO is the answer!” she says, laughing.

Paloma Faith has appeared as judge and mentor on two seasons of The Voice, but given that the only way to win seems to be “sing like Mariah Carey” how far does she think someone with her originality would get in a talent show?

“Oh, I’d only get as far as the first episode, when they show just how absurd you are! At the final I was sitting next to Boy George. He’s got a lesbian goth, I’ve got my transgendered beauty (Jordan) and he said to me, ‘We’re f**ked!’ And again Paloma almost disappears down the back of her chair with laughter.

“We thought we could change public taste, then, as soon as the phone lines opened, we realised we couldn’t!” Paloma blames “the masses” (one reason perhaps why she’s best off not going into politics).

Not that she has given up her desire to change attitudes. Far from it. Paloma has spoken about her desire to bring up her child (with long-term partner Leyman Lahcine) as gender-neutral. I say “child”, because one year on, Paloma has yet to reveal to reveal the sex assigned to her baby.

Why is this so important to her, and what does it actually mean in practical terms?

“Well, the tabloids deliberately misconstrued what I said to mean that I was engineering my child to be transgendered, which is completely wrong. All I said was it’s not up to me to decide the specific orientation on my child. I don’t want to reinforce gender stereotypes. All colours can be worn, all toys are to be played with and trousers are more comfortable when you’re learning to walk, regardless of gender. Everyday sexism still exists. For example, I’ve made four albums and yet this is the first time I’ve ever been credited for production, despite the fact I’ve basically co-produced every one of them!”

Faith, who “married” a gay couple for an ITV show called Your Song, is clearly delighted that the LGBT community has achieved a visibility, and acceptance, unimaginable just a few years ago, and credits performers such as Sam Smith, for their part in society’s transformation.

“To be that successful you’re definitely winning over some of Middle America and Middle England. So, yes, there is an improvement. But there’s always room for more’.

Throughout, Faith, who claims her quirkiness prevents her from being considered sexy – plainly nonsense – has displayed such integrity and intelligence I’m almost embarrassed to ask her anything too frivolous. But here goes anyway.

What time of day does she consider it OK to pour her first glass of champagne? “Midday!”

And has this former magician’s assistant ever been sawn in half? “Yes. It’s painful. I’m covered in scars, which is why you never see me scantily dressed!!”

And with that, this remarkable woman is off to her next appointment – “A schmoozy celebrity dinner thing. I know nothing about it but I’m told I’ve got to go.”

I only hope the other guests are braced for the perfect pandemonium that is Paloma Faith.