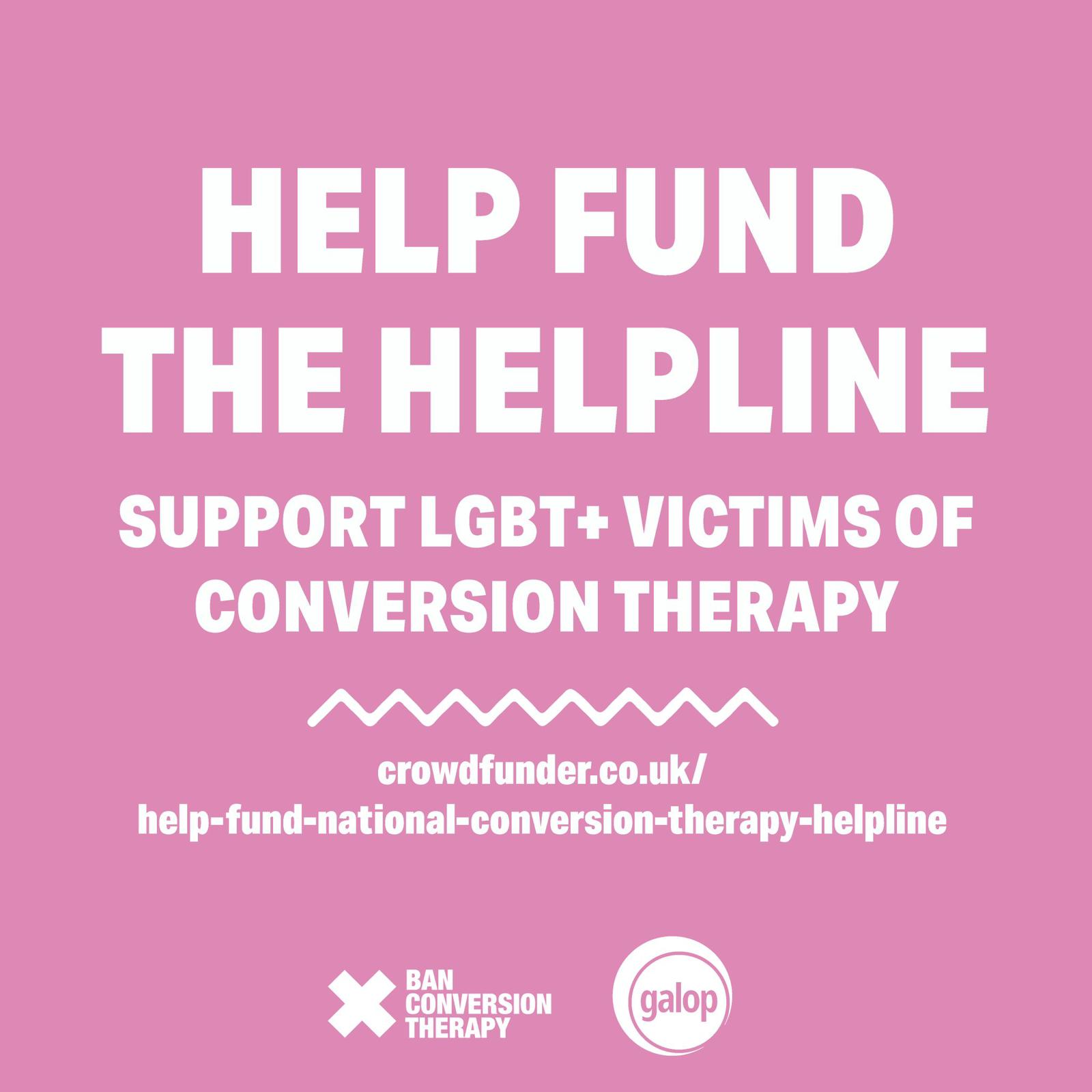 Conversion Therapy, also know as gay-cure therapy or reparative therapy, has been a dark cloud over LGBTQ+ community for a lifetime. Aside from the fact it has been proven to be totally ineffective. So-called conversion therapies have been devastating for the LGBTQ+ community for too long. So much so, the practice is already illegal in Canada, Malta, Germany, Mexico and even parts of Australia.

It seemed that this would be the year the British government caught up and did what was right. British Conservatives have reassured that the abhorrent practice would be banned dating back to Theresa May’s government in 2018. However, some religious groups warn banning the practice could negatively impact traditional religious teachings – despite the documented suffering caused by the practice. It should be added, many religious leaders, including the Church of England, also support the ban.

We’ve already been through one public enquiry. Now, we’re closer than ever to banning the practice altogether… but progress is slow. So slow in fact, the government’s advisors have quit the LGBTQ+ advisory panel and Stonewall accused the government of dragging their feet. Even Northern Ireland has shown more urgency in banning the therapies with the passing of their non-binding motion to ban it in all forms.

It is often overlooked how triggering public inquires and subsequent media coverage can be for survivors of conversion therapy. The incredible Galop, who are an LGBT anti-abuse charity, are seeking help to offer professional support to these survivors. Galop are aiming to fundraise £10,000 to fund a Nation Conversion Therapy helpline to support victims and give them the support they need. The dedicated helpline will be run by LGBTQ+ experts who will be trained to ensure nobody goes through this process alone.

Pride Life spoke to Galop CEO, Leni Morris, who said: “Being LGBT+ is not a disease, and therefore there is no cure. What so-called conversion therapies do achieve is serious psychological and sometimes physical trauma that for many victims, the repercussions are life-long.”

“The ban is a step forward for our community, but we know that the spotlight it gives to these practices may cause pain to those who are experiencing abuse right now or in the past. We’re launching our National Conversion Therapy Helpline to support the community and ensure that there is a safety net for victims as this national conversation continues.”

All polls show that public support is overwhelmingly on the side of banning the practice. Last year, a campaign sought to ban once and for all. This campaign had the backing of Stephen Fry, Dua Lipa, Elton John, and Olly Alexander just to name a few. Stonewall’s LGBT in Britain – Health report reminded us of how widespread the issue is, with the more marginalised sectors of the Queer community being impacted worse. They report 5% of LGBT people have been pressured to access ‘gay cure’ therapies. With the percentage rising even higher for 18-24 year olds, black and minority ethnic, disabled, and transgender people.

As a community, we shouldn’t let those who are failed by the government suffer alone – we leave no one behind. If you can afford to, please support Galop’s fundraiser, even if it’s the price of a cup of coffee, it all adds up.

To find out more about Galop, and the life changing work they do go to:
https://galop.org.uk/