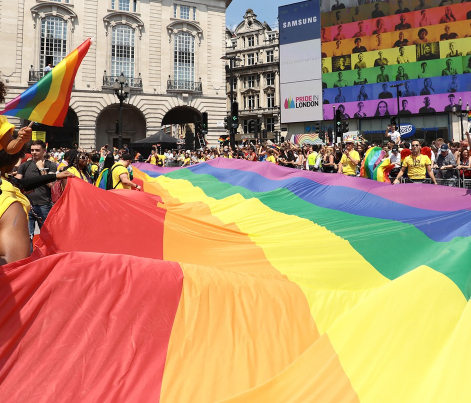 Ranked: the most dangerous and the safest countries for the LGBTQ+ traveller

Five Directors of Pride in London have resigned with immediate effect.

This follows the earlier resignation of Pride’s entire Community Advisory Board who accused Pride in London of racism and bullying and being a “hostile environment” for people of colour.

Co-chairs Michael Salter-Church and Alison Camps are among the resignees.

In a statement Pride in London said: “In response to recent critical media coverage and feedback received from former volunteers and the LGBT+ community on the urgent need for Pride in London to create a more inclusive environment, which centres black volunteers, people of colour and other marginalised community groups, the London LGBT Community Pride CIC (“Pride in London”) board is announcing immediate and significant changes to its structure and leadership, to make necessary way for new voices and greater diversity…

“Pride in London is committed to rebuilding the trust of minority communities which it knows is broken, but we hope not irreparably. We are aware that only through immediate and decisive action as well as demonstrable change in the coming weeks and months can we authentically show its commitment to diverse voices and experiences.”

A transitional board will remain in place to guide the organisation in the coming weeks and Pride in London’s Community Engagement Director Chris Joell-Deshields will take over as acting Co-Chair to oversee the appointing of new permanent Co-Chairs and a smooth handover of management. A second acting Co-chair will be announced shortly.

Apart from allegations of racism and bullying, Pride in London has also been criticised for its agreement to allow the Metropolitan Police to march in this year’s parade on 11 September, following claims of police brutality against the LGBTQ+ community, with human rights activist Peter Tatchell calling for an official investigation by the London Assembly.