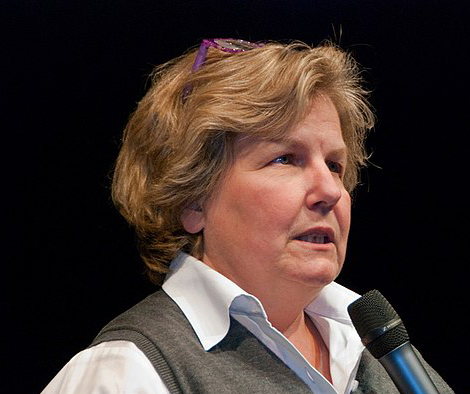 The lives of LGBTQ+ people are at stake, broadcaster Sandi Toksvig has said, after the Archbishop of Canterbury confirmed the validity of an Anglican Church 1998 resolution that gay sex is a sin.

The Archbishop, Justin Welby, told 650 bishops that the validity of what is known as Lambeth 1.10 was “not in doubt”.

“It was a sin in 1998 and you just wanted to make clear in 2022 that no one in your finely frocked gang has moved on from that,” the presenter of QI and The Great British Bake-Off said on Twitter.

Toksvig, who is a lesbian and a humanist, went on to say that young LGBTQ+ people were more likely to contemplate suicide than their heterosexual counterparts.

She also sad that she had faced death threats herself.

“Each and every one of those threats has come from an evangelical Christian,” she wrote. “Inevitably they have wanted to kill me on God’s behalf.”

“The lives of LGBTQ+ people are at stake here,” she wrote and added, “Jesus doesn’t mention sexuality at all. It clearly wasn’t a big deal for him.”