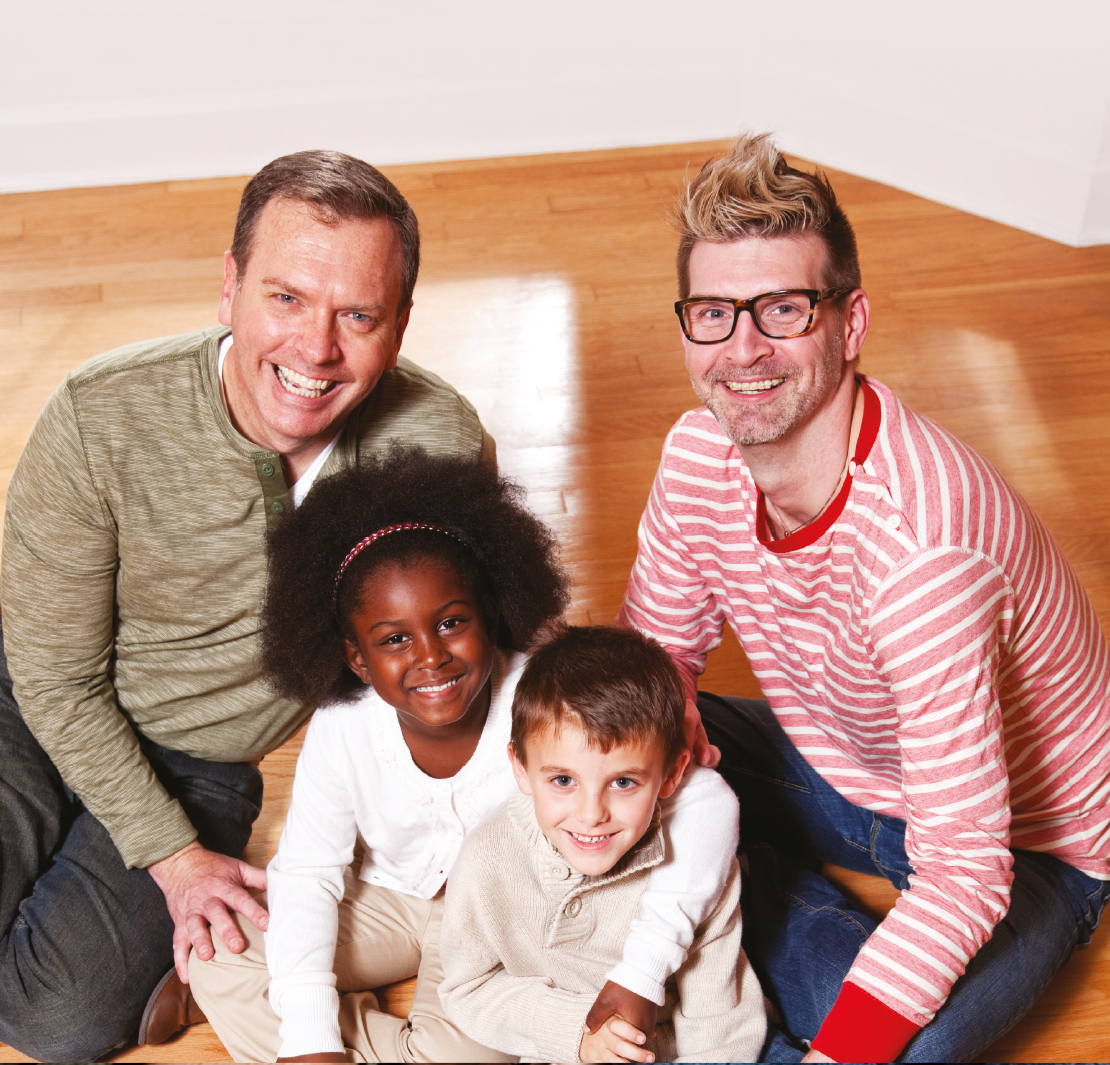 First4Adoption – the national adoption information service – welcomes enquiries from anyone within the LGBT community who could potentially offer these children a safe and loving home. Gemma Gordon-Johnson, Head of Service at First4Adoption, says: “We’re here to offer information and advice to anyone interested in adoption. Many LGBT couples – and individuals – don’t realise that they’re even eligible to adopt.” This is just one of the many myths surrounding adoption. Single people, those who already have children, people in rented accommodation and those over 40 may also be unaware that they too can adopt.

The writer, Rupert Smith, and his husband, Marcus, adopted a three-year-old boy in 2012.

“I became a dad at 53 years old. If you’d told me that twenty years, ten years, even five years ago, I wouldn’t have believed you. But the great strides towards equality have opened a lot of people’s eyes to the potential of gay people as parents, mine included. Family, friends and neighbours all accepted us without question. We knew that with their support, we could do it.

“Eighteen months later we became fathers to a three-year-old boy. My husband took six months’ adoption leave, while I took a career break. I think, perhaps, as older parents, we were better equipped to deal with some of the challenges that looked-after children bring with them. We’d both been around the block, lived through hard times, experienced loss and separation and many of the questions of identity that are key issues in adoption. I wonder whether the younger me would have been able to summon the patience and empathy I now need every hour of every day. Of course, there are challenges to being an older parent. I won’t have as much time with him as I’d like, and for that reason only I wish I’d done this a lot earlier. But then, he – that individual person whom I love – would not have been my son. I feel, sometimes, that we were waiting for each other.

“Once or twice we’ve had the inevitable remarks in school or playground – variations on ‘Is he your grandson?’ and ‘Where’s his mother?’ For all of these, I have standard answers (which are polite ways of saying ‘mind your own business’) – and, more importantly, I make sure my son can respond with confidence and pride. He knows his dad is old, and he often teases me about being bald. I’m much, much older than his birth parents, even his birth grandparents, but it doesn’t matter to him any more than having two fathers matters. Children don’t care about age, ethnicity, gender or sexuality, as long as they know they can trust you.

“Having a child has made me feel young again in a way I never expected. It gave my mother, in the last years of her life, great happiness. It has connected me to society in a wholly different and challenging way. I have embarked on the greatest adventure of my life at a time when many of my peers are thinking about retirement and grandchildren. Yes, I’ve come late to the party, but I’m glad I made it.”